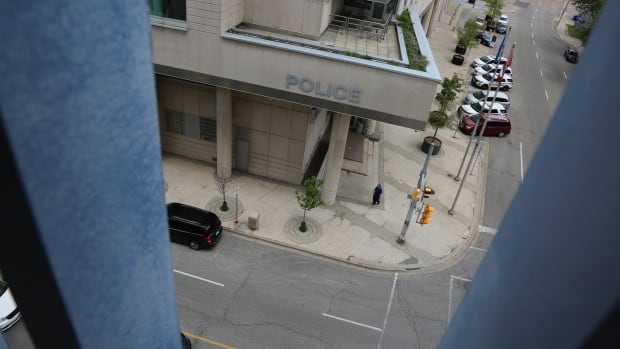 A year after the Ontario Civilian Police Commission called on the Windsor Police Service and Commission to address a number of systemic issues, including racial diversity and low representation of women in the service, the police officers explain in detail how they reacted.

In the report included in the agenda for Thursday’s police council meeting and submitted to the OCPC on August 6, police officials say they have completed 26 of the 37 recommendations and detail how they plan to complete the rest of the recommendations by 2022, while noting that “considerable progress” has already been made. carried out on these outstanding points.

The report said the OCPC investigation and its recommendations had forced the service and the board to “look at the way business was conducted.”

“The initiatives and policies that subsequently emerged have long-term reach and have the capacity to change the culture of the Windsor Police Service for the betterment of our members and the community,” the report states.

The board held a public online meeting on Thursday to discuss the report, but only talked about the 79-page update for about five minutes.

Frank Providenti, the service’s deputy operations chief, spoke to CBC News after the meeting and said it had been “a lot of work,” but that they are adhering to the recommendations.

â€œWhat we’ve learned is that we need to work together to figure out what needs to be done to create a better workplace to listen to people and make positive change,â€ he said.

Windsor Mayor Drew Dilkens, who is also the chairman of the police board, was unavailable for an interview on Thursday.

The OCPC report, first released in August 2020, was completed after a two-year investigation into the service following a number of complaints from members raising serious concerns about the work environment .

Some of the concerns cited “inappropriate interference in specific legal proceedings”, allegations of a “poisoned work environment” and transparency in the hiring and promotion process.

The investigation was also expanded to include how a 911 call was handled at the home of former Windsor Police Chief Al Frederick in November 2018. The call and investigation were first reported. by CBC News, several months after the incident, citing concerns about the lack of transparency by police departments.

At the time, the commission, which is an independent oversight body under the Police Services Act, made recommendations regarding racial diversity, the low representation of women in police services and the need for greater transparency in the process of hiring chiefs and deputy chiefs.

He also underscored the need to improve policies on how chiefs and deputy chiefs investigations are handled.

The report presented to the police commission on Thursday says the service has hired outside consultants, including a team that specializes in equity, diversity and inclusion and another that specializes in communications, to help bring about change within of the force.

According to the report, the department is still in the process of hiring an employee review initiative consultant to improve the promotion process and address equity and diversity issues.

Here are some of the other key actions outlined in the report in response to the recommendations:

Here’s some of what’s still in the works:

Thursday’s agenda also included an email from Thomas Lockwood, outside counsel for the Ontario Civilian Police Commission, acknowledging receipt of the report submitted by Chief of Police Pam Mizuno.

â€œThe service and the board are to be commended for their efforts,â€ Lockwood wrote in response.

While they are on track to implement all of the recommendations, Providenti said the job won’t end once all of the changes are made.

â€œThis is an ever-changing situation, just don’t stand still and follow these recommendations and say OK, we’re done,â€ he said.

â€œYou have to reassess every year. You need to review all of your policies every year and take into consideration what works and what doesn’t. Some things may not work and you may need to reassess, but you have to listen to the members. ”