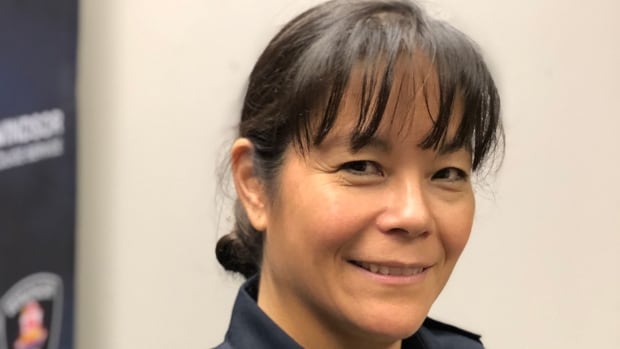 Windsor Police Chief Pam Mizuno was not surprised by the findings of a report released last week by the Ontario Civilian Police Commission (OCPC) that investigated a “work environment toxic â€within the organization and on complaints from several agents.

While the report noted that â€œthe service has much to be proud of,â€ it also highlighted systemic issues related to diversity and transparency. Mizuno told CBC News on Wednesday that many of the recommendations focus on areas the service has already considered and is working on.

“We have a lot to be proud of, but there are certain issues that we need to address to move forward and those issues were really things that we’ve already considered over the years, so I don’t think there are any issues. too many things that came as a surprise, â€said Mizuno, who became chief of police in October 2019.

The initial complaints that triggered the OCPC’s investigation were filed between January and April 2018. Concerns cited “inappropriate interference in specific legal proceedings”, allegations of a “poisoned work environment” and the transparency of the government. hiring and promotion process.

The investigation was also expanded to include how a 911 call was handled at the home of former Windsor Police Chief Al Frederick in November 2018. The call and the investigation raised concerns about the lack of transparency of the police service.

Diversity is a priority for service, says Mizuno

Thirteen of the report’s recommendations relate to diversity and suggest ways the service can include more female and racially diverse officers.

One of the service’s “highest” priorities, Mizuno said, is diversity.

â€œWe are really trying to make our service representative of the community. And we have made some improvements, but we still have a way to go,â€ she said.

â€œIt is always a challenge to recruit qualified members, let alone the diverse members and female members of the service. And we need to look for ways to make improvements in this area and to attract people to the policing profession. “

The report also assessed the service’s policy on workplace harassment, which it says has not been updated for six years.

He added that the policy “suffers from significant shortcomings”, such as not describing, step by step, how informal and formal complaint processes work and the types of possible resolutions.

Under existing policy, workplace harassment complaints against the boss or deputy boss must also be dealt with by the board and investigations are carried out internally, rather than offering the possibility of external reviews in case of need.

The report highlights differences around service morale, the board’s lack of perspective

While the report says some officers rated the workplace positively, others said morale is low.

â€œThere will always be problems in any organization. And I don’t think you know our morale suffers any differently from any other organization,â€ Mizuno said.

Windsor Police Department board member and city councilor Rino Bortolin said the environment is toxic or not, if they have a significant number of complaints about it then something needs to be done .

â€œIn order for a workplace to go to the workplace and a lot of your employees to say that there is a toxic environment, true or not, it needs to be addressed,â€ Bortolin said. “We must view this report with humility, regardless of whether they are real or perceived to be problems.”

He added that the board is not doing a good job of advancing key issues with the service and could be more transparent with the public.

COVID-19 has brought additional challenges to the service

The pandemic, Mizuno said, has added complexities to her role and the changes they seek to make, but she looks forward to reviewing the recommendations and responding to the OCPC in a year from now.

â€œThis year has been unique with the coming of COVID-19 in Marchâ€¦ really, it’s been a struggle to move forward on some issues, it’s a challenge,â€ she said.

“We cannot watch our community without the trust of the public and it is very important that we build and maintain that trust. We are committed to continuing to do so as we move forward.”