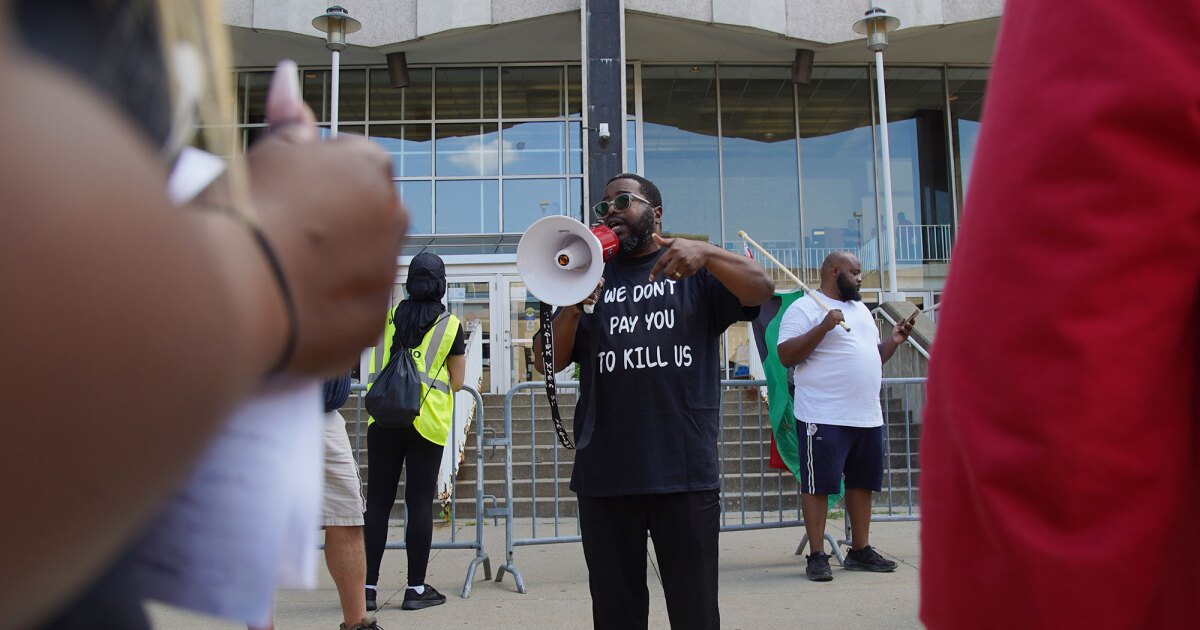 Ideastream Public Media answers your questions about the two different plans for a civilian police oversight board in Akron. Submit your question using this form or call 216-916-6476.

Some listeners asked if people needed law enforcement or military training to serve on the civilian police review board in Akron.

Cheryl asked, “How are people going to be fair if they don’t know about police work?”

And Rozanne asked, “Will members of the review board be required to take education and training on what it’s like to be a member of law enforcement and serving in the world of today?”

Let’s start with the ordinance that was proposed by Mayor Dan Horrigan and recently passed by City Council. That council would be made up of 11 members — six nominated by the mayor with council consent and five by the council — who would monitor complaints against Akron police and make recommendations on potential policy changes.

Emily Collins, strategic adviser to Mayor Horrigan, worked on the ordinance. At least one member of that board must have law enforcement training, she said.

The board should have at least one lawyer, one person with mental health services training, and one person with social justice experience. A person could meet multiple requirements, Collins said.

Voters will consider a charter amendment in the November election that would create a review board with a slightly different structure. More than 7,000 people signed a petition to put the charter amendment on the ballot.

This plan would create a 9-member review committee with 6 choices from council and 3 from the mayor. If voters approved it, it would be codified in the city charter. This board would also monitor complaints, but could conduct its own research into departmental policies.

Although the proposal recommends that at least one member have law enforcement experience, it is not required, said Akron NAACP President Judi Hill, who worked on the plan.

The proposal encourages members to belong to faith communities in Akron, have experience in mental health services, and work with underserved populations. The lack of specific requirements allows for flexibility, Hill added.

“The more constraints you put in the framework, the harder it is for individuals to apply,” Hill said. “I really don’t believe that with anything we came up with, we wanted to tie the administration’s hands. We really try to hold hands, to be that extra hand to move the needle so that we can create that better place that we all want.

The council may not have anyone with a police background because it is not necessary, she added. But, she is confident that there will be someone on the board with a background in law enforcement.

“There are individuals who would be willing to serve, who have big ideas, who, as a police officer or law enforcement official, probably because they were under duress from a union or whatever, wouldn’t present their ideas – but it would give them the opportunity,” Hill said.

None of the plans require council members to undergo training on what it is like to work in law enforcement.

Hill added that citizens, not the police, should be the priority of this council.

For the already approved ordinance, Emily Collins of the mayor’s office added that if they wanted citizens to be in the majority, they felt it was important to require at least one person who knew the police.

“It’s called a citizen’s council; we want that disconnect. But it’s also extremely helpful to have someone with a law enforcement background,” Collins said. “So having at least one member with that background can be informative, but it also doesn’t control how a board works.”

Another listener asked if boards have any requirements regarding their demographic makeup, such as racial and gender diversity.

There are no such requirements in the proposed charter amendment, Hill said, but she does recommend diversity in age, race and sexual orientation.

There are also no specific race or gender requirements in the ordinance already approved by the council, added Collins from the mayor’s office.

Other cities that put racial quotas on their review boards have been sued, she said.

It will be up to the mayor and city council members to prioritize diversity in their appointments, Collins said.

“We’re also looking for at least one resident from each neighborhood, so making sure that diversity is reflected in, you know, that neighborhood-by-neighborhood choice is probably going to be a little tricky,” she said. “We are waiting [council members] take a lot of time to think about various choices, and I know the mayor is very interested in doing the same.

The charter amendment requires no more than two residents from each council ward.

Peter asked, “How can an average Joe join the council?”

The city is currently accepting applications until October 31st for the review board that has already been approved. Individuals can complete the application on the city’s website or in person at the downtown municipal building, Collins said.

They have already received 16 applications at the time of this publication, she added.

Nominations would also be required for the review panel proposed in the charter amendment, added Judi Hill of the NAACP.