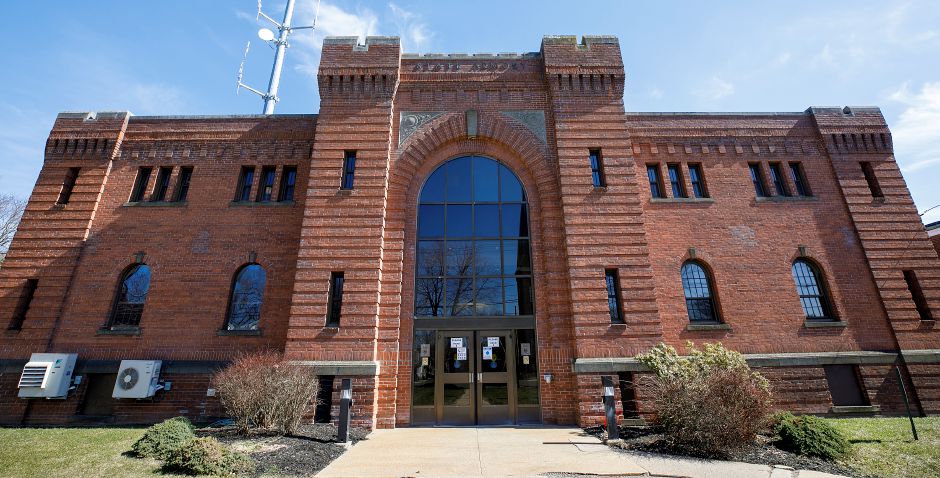 WALLINGFORD – Police officer Anthony Baur served a six-month administrative suspension from late last year after being arrested in another jurisdiction.

According to a July 16 disciplinary letter from Police Chief John Ventura, Baur was arrested on two counts relating to domestic violence.

Baur, a patrol officer who has worked for the Wallingford Police Department for almost 18 years, began his suspension on December 21, 2020. He returned to work on June 21.

Ventura said last month that since the protection order prohibited Baur from owning a firearm, Baur had been administratively suspended with pay at the time of his arrest.

The town and the Wallingford Police Union – Council 4 AFSCME, Local 1570 – reached a deal that placed Baur on an administrative suspension without pay while the protection order was active.

Attempts to reach Baur by phone and email were unsuccessful.

North Branford Police declined to release information about the case involving Baur as the charges were dropped and the case was closed.

The identity of the complainant in the domestic incident is not confirmed and redacted in the police department’s internal affairs investigation into Baur’s arrest.

The Record-Journal requested access to the investigation into the internal affairs of the police department regarding Baur’s arrest last month.

Town Corporation attorney Janis M. Small prepared a redacted version of the report, in accordance with state laws that prohibit the disclosure of certain documents and taking into account an objection from Baur, who said disclosure would constitute an invasion of privacy.

The disclosed parts of the report include the factual basis for the disciplinary action taken against Baur and parts of the accounts of the incidents leading to his arrest of Baur and the complainant in the domestic violence incident.

The report was prepared by Captain Michael Colavolpe, who was then a lieutenant.

Colavolpe interviewed Baur as well as officers Jason Raffone, James Knowlton, Kristen Fitzgerald and William Bugbee – the contents of which were not disclosed.

Colavolpe spoke to the complainant during the domestic violence incident on January 5.

In the unredacted portions of the interview, the complainant made allegations of physical contact which caused redness and pain in the skin, threatening behavior and threatening language during interactions with Baur that took place at his home on the following days. December 17 and 20, 2020.

The complainant said that during the incident on December 20, Baur “had a different look in her eyes” and made physical contact which she interpreted as a threat, saying it was “not the first time. that he would put his hand on me ”.

Colavolpe asked Baur about the January 26 incidents, along with police union president Sgt. Joseph Cafasso present and acting as union representative of Baur.

Baur did not deny what the complainant said happened, but that he had “screwed up”, there was no anger on his part and that was the nature of the relationship.

He also said the complainant never said he was hurting her or asked her to stop during the incident on December 20.

Baur attended a conference on February 11 with Cafasso, then Police Chief William Wright and other city officials.

During the conference, the two sides came to an agreement that the department would suspend internal discipline until Baur had fulfilled all court-ordered requirements.

Ventura took control of the investigation on July 1 after Wright’s retirement.

Ventura ruled that Baur had violated all three ministerial policies and issued a 15-day suspension, deemed to have been served during the period of administrative suspension without pay.