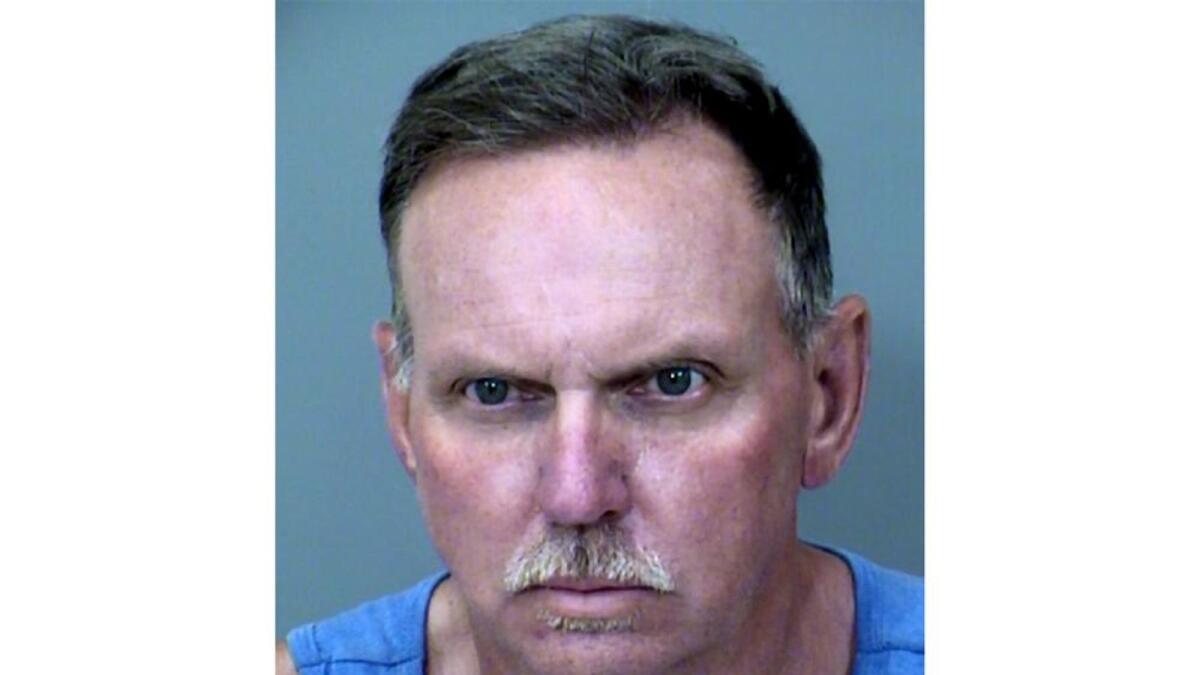 A retired sheriff’s deputy posed as a guest at two Phoenix-area weddings to steal boxes of cards containing thousands of dollars, and is being investigated for a series of crimes similar, authorities said on Friday.

Landon Earl Rankin, 54, was arrested Wednesday for robberies from private locations in April and was being held without bond, according to Chandler police and court and jail records.

According to police, the two boxes of stolen wedding cards each contained between $3,000 and $6,000.

Rankin was a deputy in the Pinal County Sheriff’s Office, joining the agency in 1994. He retired in 2015 but remained a reserve officer until 2017, office spokeswoman Lauren Reimer said.

Rankin was jailed on two counts of burglary. He was also convicted of multiple offenses of possession of drugs and drug paraphernalia because he had amphetamine and fentanyl on him when he was arrested, police said.

Court records did not mention a lawyer who could speak on his behalf.

Surveillance video from one of Chandler’s wedding venues showed Rankin grabbing the gift box, placing it in a bag, exiting the back door of the venue, running to his vehicle and driving away, police said in a probable cause statement.

When questioned by police, Rankin said he attended weddings to hear wedding vows “because he was in the process of getting a divorce,” the statement said.

During their investigation of the two Chandler robberies, police learned of at least seven similar crimes in other Phoenix-area jurisdictions, Sgt. Chandler police spokesman Jason McClimans.

Rankin is currently being investigated in those cases, and Chandler police have heard from “four or five” additional newlywed couples about possible additional thefts, McClimans said.

Police have urged victims of such crimes to contact appropriate law enforcement.