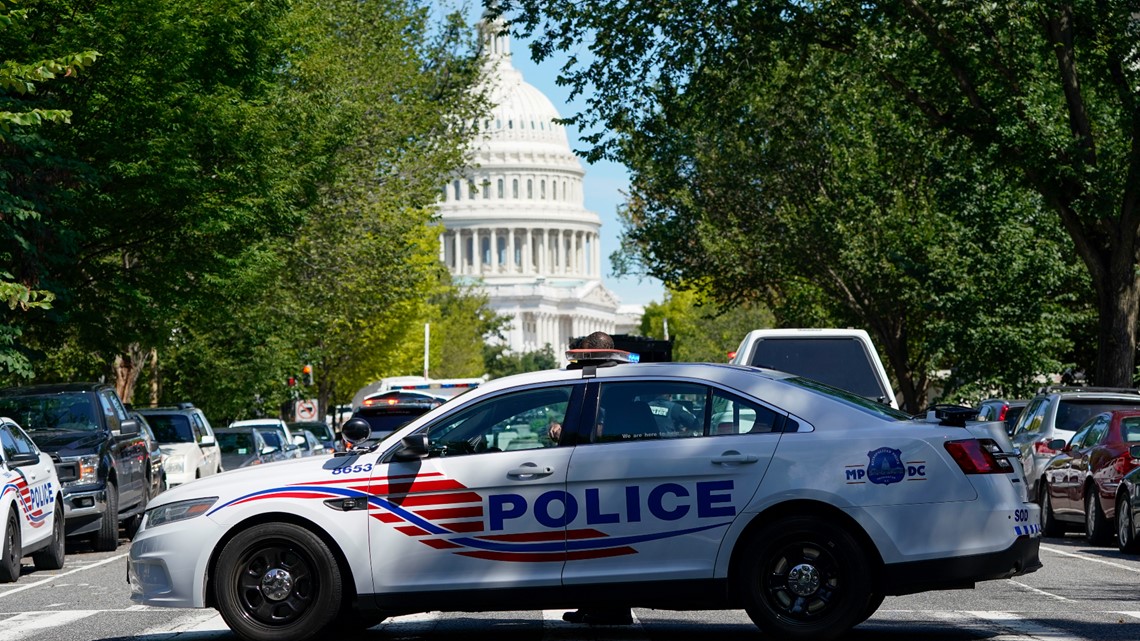 Officer Thomas Smith is suspended without pay as part of the criminal case and internal investigation. He is expected to be arraigned on the charges next week.

WASHINGTON — An indictment against a United States Capitol Police (USCP) officer was released Friday, alleging he chased and rammed a motorcycle, then left the scene, changed vehicles and lied about his involvement in the accident.

USCP officer Thomas Smith, 44, is suspended without pay in connection with the criminal case and an administrative investigation by the USCP’s Office of Professional Responsibility. He is expected to be arraigned on the charges in the District of Columbia within the next week.

According to the indictment, Smith was pursuing two motorcycles at high speed around 11:30 p.m. on June 20, 2020, when his cruiser collided with one of the motorcycles near Wisconsin Avenue and M Street, NW.

Smith is charged with driving his police vehicle in a reckless and dangerous manner, ramming the victim with his car and injuring him. He is also accused of knowingly leaving the scene of the accident without providing assistance, alerting medical authorities or taking any other reasonable steps to obtain help for the victim.

After the accident, according to the indictment, Smith falsified United States Capitol police records to cover up his alleged misconduct. The indictment claims Smith left the scene, changed vehicles, and then lied about his involvement in the crash.

USCP policies prohibit police vehicle chases off Capitol grounds, except in emergencies and when approved by a supervisor.

The department revoked Smith’s police credentials and suspended him without pay pending the outcome of the case. The DC Metropolitan Police Department has also opened a criminal investigation because the crash occurred within MPD jurisdiction.

The criminal charges include one count of deprivation of rights under cover of the law, one count of obstruction of justice, three counts of falsifying records and one count of misrepresentation.

The case is being investigated by the FBI’s Washington Field Office and is being prosecuted by General Counsel Sanjay Patel of the Civil Rights Division and Assistant US Attorney Kendra Briggs.