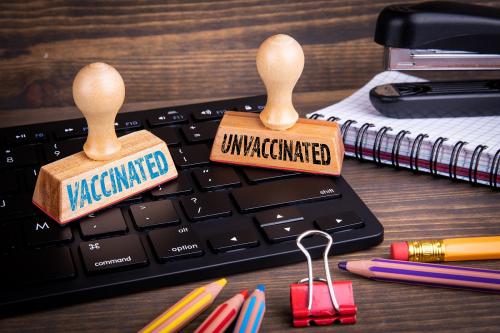 the fifth circuit reaffirms the maintenance of the ETS; Then lose the jurisdiction of the case

Litigation usually unfolds at a freezing pace. Not this time.

The much-publicized and controversial Occupational Safety and Health Administration (“OSHA”) Emergency Temporary Standard (“ETS”) was released on November 5, 2021 (see our November 5 article detailing the ETS). The ETS requires employees of covered employers to submit to COVID-19 vaccination or take weekly COVID-19 tests and wear a mask (the â€œwarrantâ€).

On November 6 (the next day), a three-judge panel of the United States Court of Appeals for the Fifth Circuit (which covers Texas, Louisiana, and Mississippi) temporarily “stayed” (meaning that he suspended) the warrant and requested an expedited briefing from OSHA (see our November 8 article explaining the temporary stay).

Last Friday, November 12, the Fifth Circuit issued an order in the nature of a preliminary injunction reaffirming his initial temporary stay, and indicating that he would consider canceling and making the ETS inapplicable after further judicial review. This result would put an end to ETS.

On November 16, under the obscure lottery-based allocation rule referenced in our November 8 article, the case was removed from the Fifth Circuit and assigned to the United States Court of Appeals for the sixth circuit (which covers Tennessee, Kentucky, Ohio and Michigan). The Sixth Circuit was randomly selected from 12 of 13 US courts of appeal.

What happens next? This, at this moment, is to be guessed.

In either case, it is likely that the “losing” party will ask the United States Supreme Court (“SCOTUS”) to step in and make a final decision. It remains to be seen whether SCOTUS bypasses the typical litigation process and deals with this case quickly (and before the lower court decides on the merits). Thus, it is premature for any employer presumed to be subject to the ETS to consider the published employer’s obligations to be of no consequence.

Background to the issue of appeal at stake

While the Fifth Circuit is no longer in charge of this matter, it is instructive to revisit its order to see how, at least, a court views the ETS. The Fifth Circuit ordered OSHA to “take no action to implement or enforce the mandate until further court orders.”

Why did the Fifth Circuit decide the way it did? The essence of the answer, however, comes down to whether OSHA has the Constitutional and statutory authority to issue and enforce workplace rules that are as ambitious and cumbersome as the ETS. The Fifth Circuit obviously shares these concerns, as illustrated by a few extracts from its opinion:

As it stands, here’s what we know: ETS, while clearly on life support, is not yet dead. It can experience a spectacular recovery.

If this is the case, covered employers should, in the meantime, heed the requirements of the ETS and be prepared to comply, possibly on short notice.