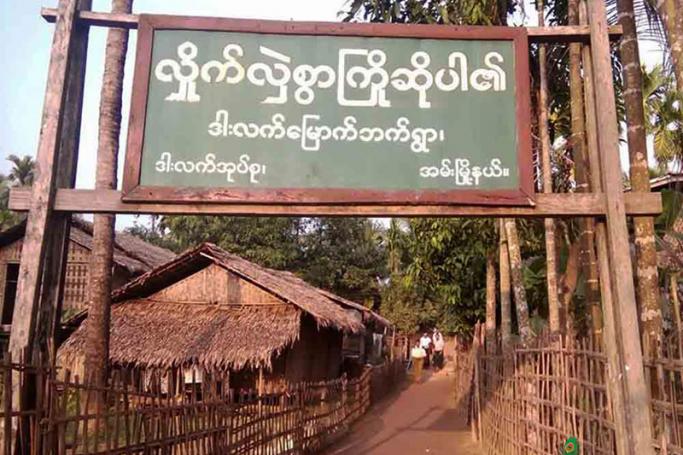 The Burmese Army (Tatmadaw) has allowed residents of Dar Let Chaung village in Ann township, Rakhine State, to transport only a limited amount of rice from January 3, according to the inhabitants.

The specific reason why the army restricts residents’ ability to transport rice in the tract village of Dar Let Chaung, which is under the shared jurisdiction of the Tatmadaw and the Arakan Army (AA), is still unknown, according to locals.

“The Burmese army only allows residents to carry two baskets of rice at a time,” said one resident. “I think the Myanmar military is worried that if people are allowed to carry a lot of rice, they will take it somewhere else. This restriction on transporting rice is inconvenient for the base.

Residents of Dar Let Chaung, who are mainly engaged in agriculture, face difficulties in accessing education, transport and health care, especially in the more remote parts of the tract village.

The tract village of Dar Let Chaung consists of 38 villages. About 30% of the population is of Arakanese ethnicity and 70% is Chin.

Each person is allowed to carry two baskets of rice for their family after asking for a letter of recommendation from their respective village administrator, said Ko Myo Lwin, a resident of Ann Town.

“If locals transport rice by waterway, they are allowed to transport two baskets of rice from Kanhtaunggyi [in neighbouring Myebon Township]. Residents also need a recommendation letter from Dar Let village administrator to get permission to transport rice. Residents carrying rice were screened at a security checkpoint near Kazukaing Bridge,” he said.

According to locals, soldiers and police interrogate residents at the two security checkpoints near the villages of Kazukaing and Alekyun, and near the Kazukaing Bridge.

U Nyi Pu, a local resident, said that residents of Dar Let Chaung village have to buy rice from other townships every year due to lack of self-sufficiency on the rice farming front.

“They don’t plant paddy because of the danger of landmines,” he said.

Ko Soe Win, a philanthropist with a charity based in Ann Township, said restrictions on food transport and travel more generally had had a negative impact on residents’ morale.

“No such report has been submitted to our office. We will only know the situation after locals report it,” said U Shwe Aye, Deputy Administrator of Ann Township.

DMG contacted Rakhine State Security and Border Affairs Minister Col. Kyaw Thura to comment on the military’s restrictions on transporting rice, but he could not be reached.

What should you consider when considering getting a payday loan?