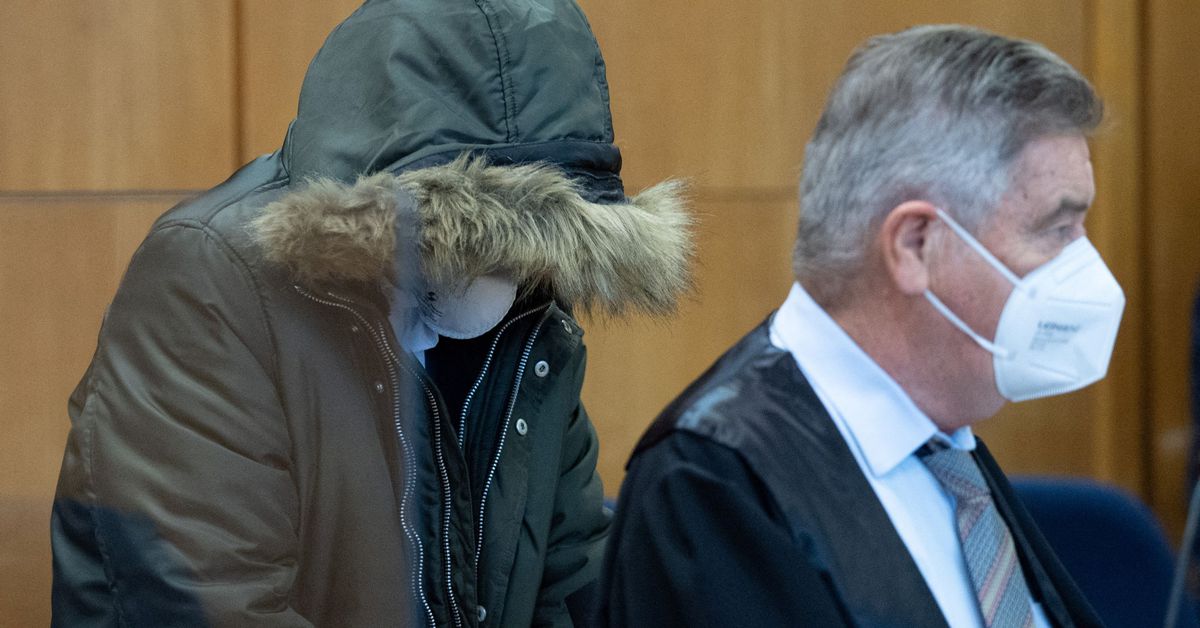 Syrian doctor tried in Germany for torture in military hospitals

FRANKFURT, Jan 19 (Reuters) – A Syrian doctor suspected of crimes against humanity, including torturing prisoners in military hospitals in Syria, went on trial in Germany on Wednesday in the second such case for alleged state-sponsored torture in the Syrian conflict.

After a landmark ruling by a German court last week sentencing a former Syrian intelligence officer to life imprisonment for crimes against humanity, the 36-year-old doctor’s trial has begun at the Higher Regional Court in Frankfurt am Main. hand.

The defendant, identified as Alaa M. under German privacy laws, is accused of torturing opponents of Syrian President Bashar al-Assad while working as a doctor in a military prison and hospitals in Homs and Damascus in 2011 and 2012.

Ulrich Endres, one of the three defense attorneys, denied the charges. “You will see that what has been presented as evidence will not stand up to the assessment of a German court,” Endres told reporters after the adjournment of the first day proceedings.

Alaa M. came to Germany in 2015 to work as a doctor until he was arrested in June 2020 and remanded in custody.

Addressing the court, Alaa M. – dressed in a dark suit and white shirt – spoke calmly in fluent German about his life in Syria until he applied for a visa at the Syrian Embassy. Germany in Lebanon in early 2015 to come as a migrant. He became one of around 5,000 Syrian doctors in Germany who helped alleviate acute staff shortages in the health sector.

The father-of-two, who has worked in several German hospitals, did not address the accusations in his initial remarks but admitted to having worked in a military hospital in Syria.

German prosecutors have used universal jurisdiction laws that allow them to seek trials for suspects of crimes against humanity committed anywhere in the world.

A 36-year-old Syrian doctor, known as M by German media, sits with his head covered, accompanied by one of his lawyers Ulrich Endres, as he stands trial in Frankfurt, Germany, on 19 January 2022. He is charged with crimes against humanity, with prosecutors saying he physically and mentally tortured political prisoners opposed to President Assad at a military hospital in Homs in 2011 and 2012 before arriving in Germany in 2015 where he continued to practice medicine until his arrest in June 2020. Boris Roessler/Pool via REUTERS

Prosecutors have charged Alaa M. with 18 cases of torture and say he killed one of the prisoners. In one of the cases, the defendant is accused of performing surgery to correct a broken bone without sufficient anesthesia.

He is also accused of attempting to deprive detainees of their ability to procreate in two cases.

Other torture methods prosecutors say they have used against detained civilians include sprinkling alcohol on a teenager’s genitals at Homs military hospital and lighting it with a lighter.

“The prisoners were civilians who were against the Assad regime, and the charge is that he specifically targeted these people to suppress them,” court spokeswoman Gundula Fehns-Boeer said.

She said the court would first hear Alaa M.’s testimony, including comments on the charges, when the trial resumes on January 25, before calling witnesses.

The doctor also worked at the Mezzeh 601 military hospital in Damascus, whose morgues and yard, according to Human Rights Watch, were seen in a cache of photographs illustrating the extent of state-sponsored torture against civilians and were smuggled overseas by a government photographer. known as Caesar.

Antonia Klein, legal adviser at the European Center for Constitutional and Human Rights (ECCHR), which is supporting a plaintiff in the case, said sexual violence as a crime against humanity would play an important role in the trial.

Syrian lawyer Anwar al-Bunni, who heads a human rights group in Berlin that helped build the case against Alaa M., said the trial would provide more evidence that the Syrian government encouraged torture to defeat an uprising against Assad.

He told Reuters that one of nine witnesses planned by the prosecution was threatened with the murder of a family member in Syria if he gave a statement in court.

Al-Bunni accused the Syrian embassy in Berlin of providing Alaa M. with false documents to deny that he worked at military installations and attempted to help him flee Germany.

The Syrian Embassy did not respond to a request for comment.