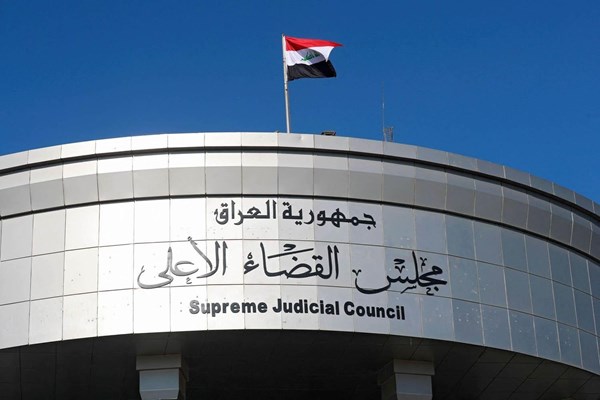 Iraq’s Supreme Judicial Council says it has no power to dissolve parliament and calls for the council’s name not to be involved in political rivalry.

Iraq’s Supreme Judicial Council confirmed on Sunday that it had no jurisdiction to dissolve the country’s parliament.

In a statement, and in response to a request from Sadrist leader Muqtada Al-Sadr last week, the Supreme Council called for the council’s name not to be involved in the political rivalry.

The statement added that the Council discussed Al-Sadr’s request and that it “has no competence to dissolve the Parliament”.

The Council also stressed that “the judiciary stands at the same distance from everyone because it is based on the constitution and the law”.

On Saturday, Al-Sadr called for a million-strong protest in Tahrir Square in central Baghdad, without specifying a date for the protest, explaining that “the timetable and instructions for the protest will be announced later”. .

A few days ago, the leader of the Sadrist movement, Muqtada Al-Sadr, called on the country’s judiciary to dissolve parliament by the end of next week.

He also called for snap elections and unspecified constitutional changes.

This happened after supporters of Muqtada Al-Sadr demonstrated and stormed the Iraqi Parliament in the Green Zone, Baghdad, due to the appointment of Mohammad Shia Al-Sudani as Prime Minister, denounce the candidacy of the 52-year-old former minister and governor.

Thus, the Speaker of the Iraqi Parliament, Muhammad Al-Halbousi, announced the suspension of parliamentary sessions until further notice.

On August 12, demonstrations called by the Iraqi Coordination Framework “in favor of legitimacy and the constitution” began in front of the Al-Mu’allaq Bridge in the Iraqi capital, Baghdad.

The coordination framework in Iraq on Wednesday stressed the importance of speeding up the process of nominating a presidential candidate and forming a service government that responds to crises in the country.

How to get an emergency loan with bad credit