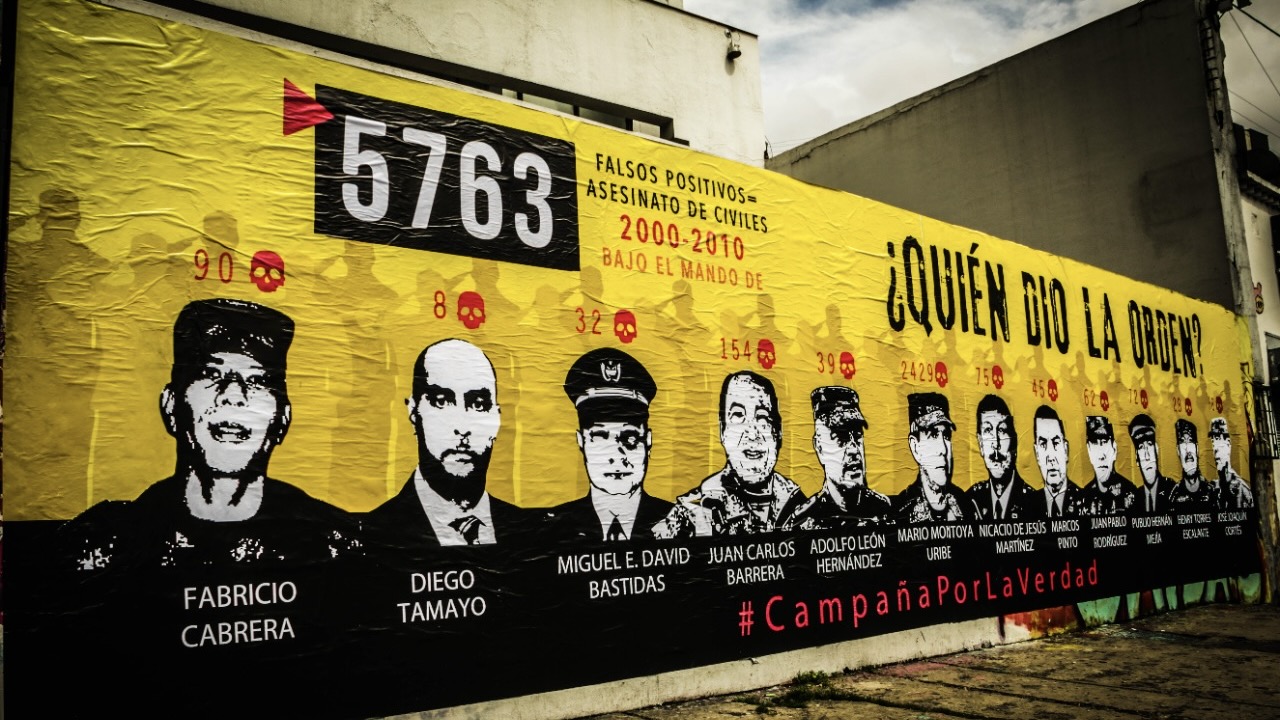 On July 25, the Special Jurisdiction for Peace (JEP) of Colombia charged 22 former members of the army, one civil servant and two civilians with war crimes and crimes against humanity for the murder of more than 300 innocent people. . Photo: JEP/Twitter

On Monday July 25, Colombia’s Special Jurisdiction for Peace (JEP) charged 22 former members of the military, one civil servant and two civilians with war crimes and crimes against humanity. The JEP determined that members of the 16th Brigade killed 303 innocent people in 218 incidents between 2005 and 2008 in the department of Casanare, then presented them to government authorities as left-wing guerrillas killed in action for rewards.

The JEP condemned that within the military unit, a criminal structure was created that naturalized this violent practice to access promotions, cash prizes, vacations and other benefits. He also said that under the command of convicted retired Major General Henry Torres, these criminal operations increased.

“A complex criminal organization was embedded in the XVI Brigade that used the institutional architecture of the military to portray killings and enforced disappearances as combat casualties… The JEP Truth Recognition Chamber established that under the command of Major General Henry William Torres Escalante, the artificial presentation of operational results in this eastern region of the country has increased,” the JEP said in a statement.

The special court said the defendants used deception to lure the victims, and after killing them, they outfitted their corpses with weapons, ammunition and clothing to make them look like combatants, and recreated fictitious combat scenarios to make their version of events believable. .

The JEP added that “all those in charge followed the line of conduct promoted by their commander. It was not about isolated acts or acts committed spontaneously”, and that “it was a criminal plan which had its objectives, its means, its roles and its modes of operation. It aimed to consolidate territories and show the progress of the war against the guerrillas.

He reported that the soldiers used more than 140 million pesos (approximately US$31,000) from public resources to finance these criminal actions. He also reported that these crimes accounted for almost two-thirds of the results reported by the military unit during the said period.

According to the JEP, the majority of the victims were men between the ages of 18 and 25, many of whom had been displaced from the departments of Boyacá, Meta and Arauca. However, the JEP investigation revealed that the army also murdered nine women, including a pregnant one, and a young man of diverse sexual orientations.

The JEP was able to establish that the army was using children and adolescents to participate in hostilities and that the person of a different gender was being persecuted for their sexuality. For these reasons, for the first time, the JEP charged the defendants with war crimes and crimes against humanity.

Besides Major General Torres, two colonels, three lieutenant colonels, ten officers, six non-commissioned officers, an agent of the defunct Administrative Department of Security (DAS) and two civilian recruiters who deceived young men and women and handed over to the army to murder, were found guilty.

Convicts have 30 working days to recognize the facts and their responsibility. They can also reject them or provide arguments or evidence in their defense. After this period, the JEP will decide when to schedule a public hearing and announce a sentence. According to the Colombian penal code, they could be sentenced to 20 years in prison.

These extrajudicial executions are known as “false positives” in Colombia. During the reign of far-right ex-president Álvaro Uribe (2002-2010), military officials were rewarded for these killings during counter-insurgency operations. In February 2021, the JEP reported that the Colombian army had committed more than 6,400 of these extrajudicial executions. Human rights groups and families of the victims said the true number could be much higher.

In April, ten retired members of the army confessed to having abducted and murdered more than a hundred civilians, portraying them as guerrilla fighters. The JEP should issue a resolution in their case in the coming days. The special court has the power to offer alternatives to prison sentences for people who confess their crimes and make reparations.