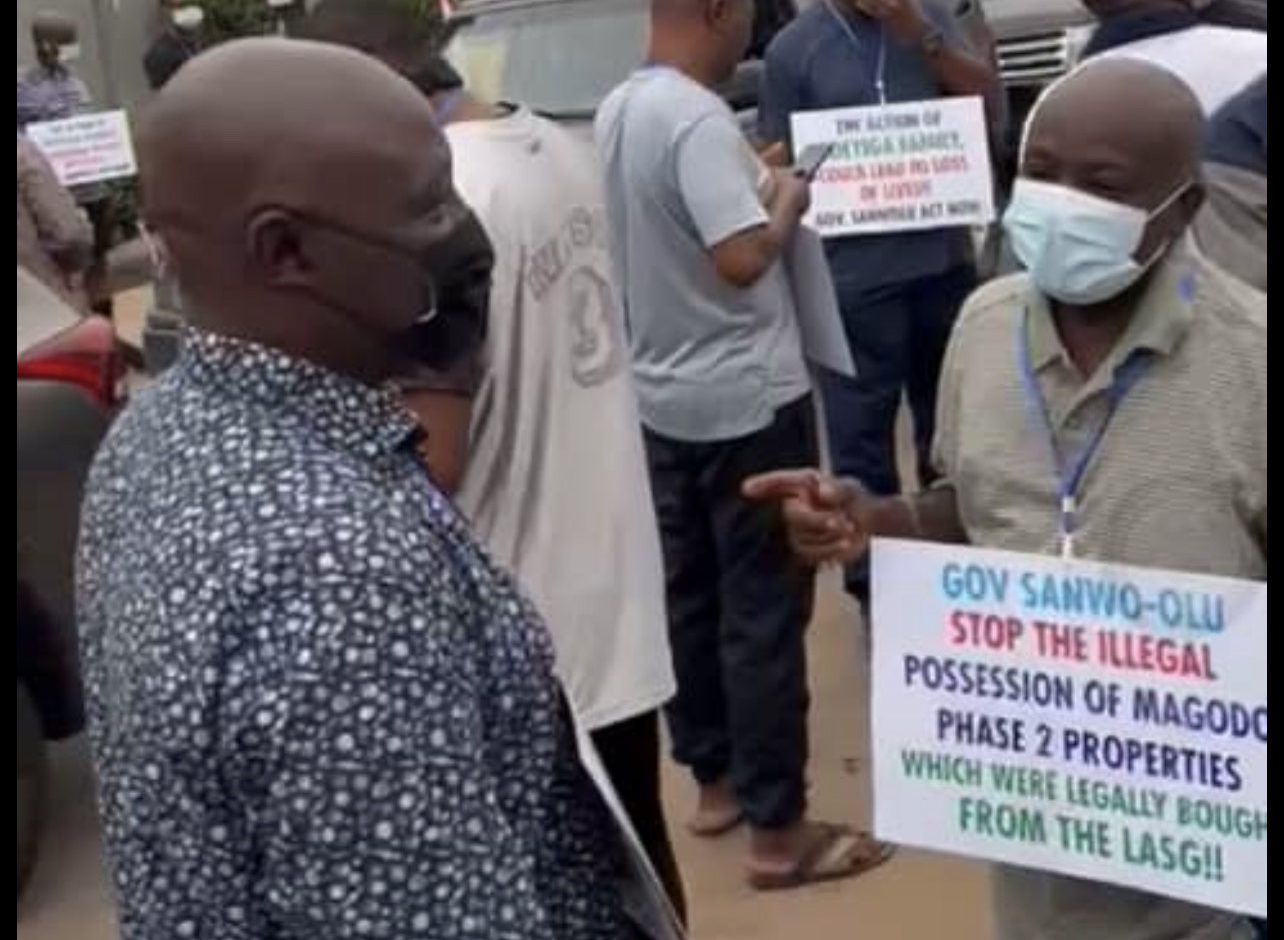 Governors of the southwest region condemned the “disrespect” of Governor Babajide Sanwo-Olu of Lagos State by a police officer during his visit to Magodo Estate over the continuing land crisis in the region.

Governors under the auspices of the Southwest Governors Forum, on Wednesday, in a statement signed by Ondo Governor Rotimi Akeredolu, called the act an “unacceptable intrusion.”

As governors condemned the act, they called for the deployment of Western Nigeria’s security network, codenamed Operation Amotekun, to the state.

Amotekun is a security organization based in the southwestern region of Nigeria and its main objective is to combat insecurity in the region.

â€œWe support our brother, the Governor of Lagos State. We advise him to deploy regional security gear in the state to protect people’s lives and property, â€the statement said.

An unidentified chief police superintendent on Tuesday refused to obey the order of the Governor of Lagos State to evacuate the police from the Magodo Estate Phase 2.

But he told the governor that he only responds to instructions from his superiors and has yet to get orders to leave the domain of the Inspector General of Police, Usman Alkali, and the prosecutor. general of the federation, Abubakar Malami.

The governors said, “The content of the video is very puzzling, and it is charitable.”

â€œThe total lack of respect, which underlines the officer’s response to the governor, establishes, beyond any doubt, the impracticability of the current system, dubiously calledâ€œ Federalism â€. An arrangement which requires the governor of a state to seek clarification of security matters within his jurisdiction from completely foreign bodies or individuals is a sure recipe for anarchy.

While the group criticized the act, they called on the Inspector General of Police to â€œexplain the justification for this intrusionâ€.

According to them, the reconciliation between the federative units and the federal security agencies is becoming desperate.

“We condemn, in very clear terms, the role of the Attorney General of the Federation, Mr. Abubakar Malami SAN in this act of flagrant moral turpitude,” the statement said.

â€œFor our part, we will continue to question the current system, which treats elected representatives of the people as mere prefects, while appointed office holders despise them as lords of the mansion. If the so-called security chiefs of the Federation states demand authorization from the IG office on matters within their purview, only hypocrites will wonder why the current security crisis is worsening and there does not appear to be any solution in the foreseeable future.

â€œWe call on the President and Commander-in-Chief of the Armed Forces to curb the excesses of certain elements determined to act in such a way as to erode the bond of trust existing between the people and the federal government. It is absurd that policy appointees seek to undermine the very structure of the service on which their appointments are based. “

Good journalism is expensive. Yet only good journalism can guarantee the possibility of a good society, responsible democracy and transparent government.

For free and ongoing access to the best investigative journalism in the country, we ask that you consider modestly supporting this noble enterprise.

By contributing to PREMIUM TIMES, you are helping to maintain relevant journalism and ensure that it remains free and accessible to everyone.

“The military, civil and residential boundaries of the Cantt areas should be redefined”