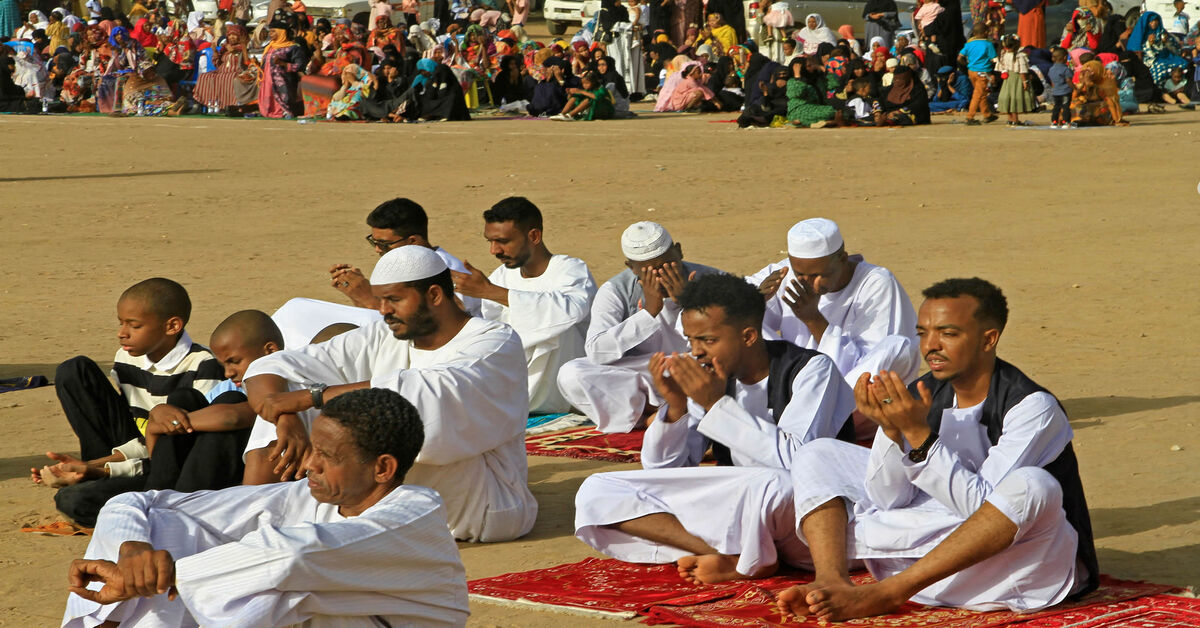 CAIRO – Political stalemate prevailed in Sudan following the actions of General Abdel Fattah al-Burhan, head of the Transitional Sovereign Council, on October 25, 2021, to dissolve the Sovereign Military-Civilian Council and the government, impose a state of emergency and suspend work on certain provisions of the constitutional document.

Since the army took power on October 25, 2021, the Sudanese people have taken to the streets of Khartoum, denouncing the deterioration of political, social and economic conditions, refusing any negotiation or partnership with the military component of the authorities and demanding a return. democratic transition of power led by a civilian government. Meanwhile, security forces have resorted to arresting activists and politicians.

Amid the shaky political scene in Sudan, the rejection by the opposition of any partnership or negotiation with the military component, and the failure of all local and international initiatives and mediations to achieve calm, military leaders in Sudan – represented by Burhan and his deputy, Lt. General Mohamed Hamdan Dagalo, generally called Hemedti, called for dialogue with his opponents.

More recently, on the occasion of Eid al-Fitr on May 3, leaders have called for the need to unify ranks, renounce differences and unify visions in order to overcome the current crisis and find a solution to the political crisis.

Hussein Haridi, the former assistant to the Egyptian Foreign Minister, told Al-Monitor that there are no foundations and frameworks on which to base a dialogue. He wondered what the purpose of this dialogue would be.

The resistance committees, local groups of revolutionaries leading anti-coup demonstrations in Sudan, have repeatedly announced their refusal to engage in any dialogue with the military component, brandishing the slogan of the three no’s: no negotiation, no partnership, no legitimacy.

Haridi noted that the lack of dialogue between the two sides is due to the fact that neither side is concerned with the unity and future of Sudan. “Their intentions are not sincere. They don’t want Sudan’s best interest. There is no unified vision that brings together the civilian forces and the army. The armed forces are not the guardians of nations. They are the protectors of nations. As long as the army believes that it is the guardian of the future of Sudan and that its duty is to protect the constitutional order of the country, we will remain in this vicious circle.

He added: “The fastest way out of the crisis is to form a constituent body to draft a permanent constitution for the country, the terms of which are agreed upon and then presented to the people of Sudan in a referendum declared to all local and foreign citizens. media. With this constitution, a new stage would be established in the history of Sudan.

In a May 6 press release, El-Hadi Idris, leader of the Sudanese Revolutionary Front (SRF), an umbrella of former rebel groups, said that a partnership between the SRF and the military component will be done in a different and new that preserves the role and tasks of each party without one party usurping the tasks and competence of another. “The partnership that took place in 2019 led to the situation we are currently living in,” he noted.

Idris highlighted the serious efforts of the SRF, through initiative and serious dialogue, to return power to the civilians, noting, “We have no other choice, everything else will lead the country to collapse.”

Former Egyptian ambassador to Sudan Mohamed el-Shazly told Al-Monitor that Burhan turned against legitimacy and carried out a full-scale coup, whether dissolving the government or arresting political figures, or by appointing members of the current Sovereign Council without any consultation with the civilian forces. “After all this, he now calls for dialogue. How could that be? Since the coup, Burhan has faced a stalemate. Calling for dialogue is an unnecessary political stunt; parties that reject the military component at the head of the state will not accept it.

He called for the need to respond quickly to the wishes of the Sudanese people. “The Sudanese army has brought the country to the edge of the abyss. Since Sudan’s independence in 1956, the Sudanese military has helped drag the country through many crises, and led to the division of Sudan, the separation of South Sudan from Khartoum in 2011, and created many crises in the Sudanese street, including the crises in the Darfur region and in eastern Sudan. Burhan must therefore step aside and make way for effective civilians [leaders] to manage the next step and end the state of conflict and division in Sudan.

Ahmed al-Mufti, a Sudanese political analyst and legal expert, told Al-Monitor that there is no alternative to dialogue. “The only alternative is the use of force, which will lead to fighting between protesters and the military component. The losing side in the power struggle will never surrender, and political instability will prevail in the country in the absence of dialogue.

from Sudan Emergency Lawyers Group, which monitors violations against Sudanese, in a May 6 statement accused Sudanese authorities of torturing 25 protesters who were recently arrested and imprisoned in unknown locations. “The Sudanese authorities are still detaining some figures from the resistance committees, while Burhan has declared his intention to release the detainees and prepare for dialogue,” their statement continued.

Mufti believes that the resistance committees are responsible for the absence of dialogue in Sudan. “This is due to their lack of political experience and brandishing the slogan of the three no’s, in addition to the international parties that exploit their enthusiasm as young people and push them towards paths that do not lead to stability in Sudan, but rather further complicate the political scene,” he concluded.