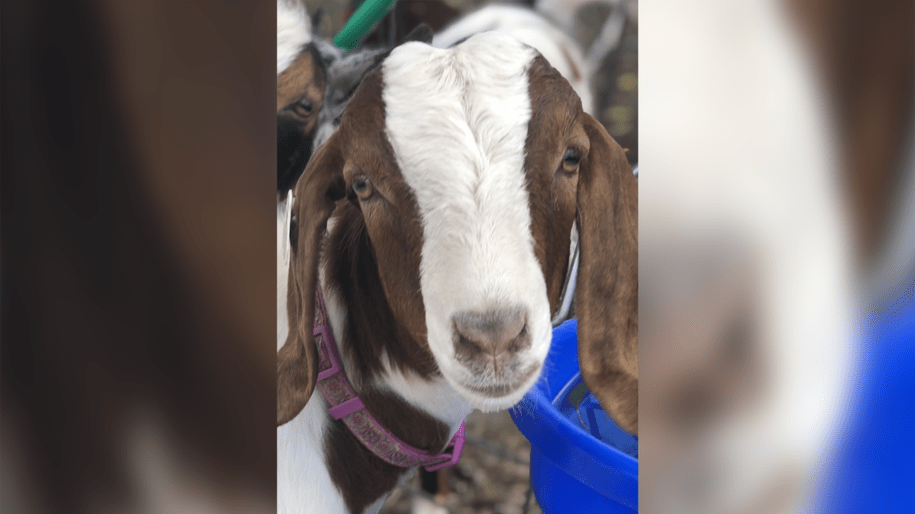 Sheriff’s deputies travel 500 miles outside their jurisdiction… to confiscate a domestic goat.

Let me start by mentioning that I work in support services for a state law enforcement agency. I am not commissioned, but a civil servant. I have been here for over 18 years. I have great respect for our troops and I am very proud of the professionalism they demonstrate in their daily work.

I’m 110% sure my employer would never have done a stunt like the Shasta County Sheriff’s Office apparently did.

The Sacramento bee contains all the details This article, but here is a summary.

In April 2022, the parents of a 10-year-old girl named Jessica Long bought her a 4-month-old kid. Jessica, a member of her local 4-H youth program, named her new friend “Cedar” and raised him as a pet. They ended up bonding as closely as any child would with, say, a puppy.

Later that same year, Jessica and her parents took Cedar to a local cattle fair that they thought was just a show. Little did they know, at first, that the event was a livestock auction where exhibited animals would be sold for slaughter.

The winning bidder for Cedar was, ironically enough, a representative of Republican state senator and California gubernatorial candidate Brian Dahle. My knee-jerk reaction, upon hearing this, was to assume that the senator would act as many of us expect a Republican to; considering the goat as his legally purchased property and remaining with the former owners.

To my surprise, Senator Dahle’s office acted with compassion and understanding, telling Jessica’s family that they had no interest in putting down a pet.

Either way, the parents made it clear to fair officials that they would fully refund the winning bid ($907) plus the fair’s 7% commission.. This was not enough for the fair’s breeding manager, a certain BJ Macfarlane. He refused the money-back offer and threatened the family with grand larceny charges if Cedar was not handed over.

The family, having temporarily moved Cedar to a farm in Sonoma County for fear of retaliation from locals, once again tried (politely) to negotiate. Do not go. Macfarlane implicated the Shasta County Sheriff. What happened next ? To quote the article:

“Two sheriff’s deputies left their jurisdiction in Shasta County, drove more than 500 miles at taxpayer expense, and crossed approximately six separate county lines, all to confiscate a young girl’s beloved pet goat. , Cedar, after she decided not to auction him off for slaughter.” says the suit. “Cedar was her property and she had every legal right to save his life.”

The lawsuit mentioned is a lawsuit the family filed, with the help of the nonprofit advocacy group Advancing animal rights, against the Shasta County Sheriff’s Department. The lawsuit alleges, among other things, violation of family rights to the 4th and 14th Amendments.

I hope the family will win. It may not bring Cedar back, but it will certainly shed light on what seems to me to be questionable practices by the Shasta County Sheriff and the local 4-H group.