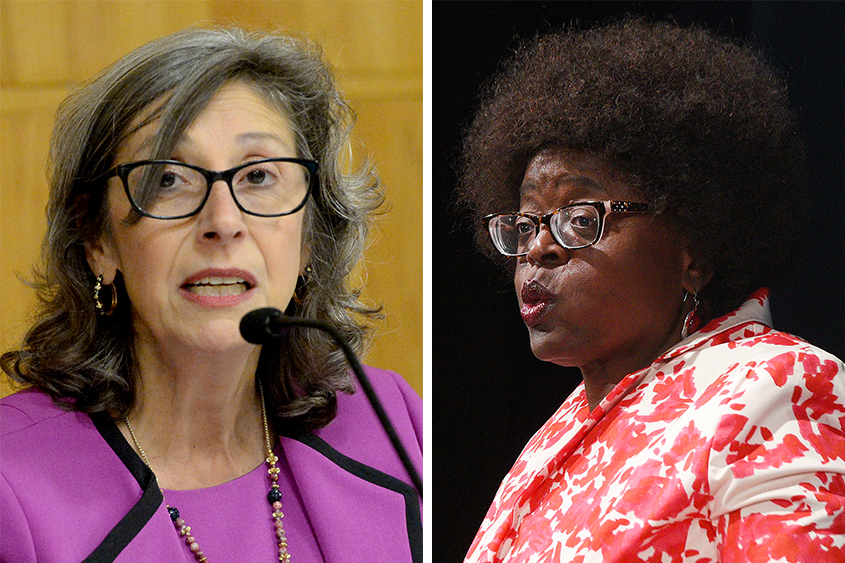 Councilor Marion Porterfield presented the committee with many proposed changes voted on by the CPRB last month, including a measure allowing each of the council’s nominating groups to send an alternate member who can be trained to attend the meeting when the core member of the group is unavailable, a proposal for the board to allow open self-nominations, to increase the size of the CCRP from nine to 15 members, to make changes to the drafting policies of staff complaints and investigative sources, including body cameras, and improve training for board members.

“A lot of these points are not unanimous,” Councilwoman Carmel Patrick said. “I feel a little uncomfortable about it. I would like to know a little more about why they failed to agree on some of these points. There seems to be a lack of support among several board members for some of these changes.

Porterfield pushed back, noting that the CPRB – just like the city council – does not need unanimous consent to approve the articles, only a simple majority.

“Let’s make sure we apply this [standard] evenly,” Porterfield said.

Last June, Governor Andrew Cuomo repealed Section 50-a of the state’s Civil Rights Act that protected law enforcement misconduct records from the public, with the new law requiring law enforcement to the order to turn over officers’ disciplinary records when requested under the state. Freedom of Information Act.

Although some board members also questioned the timing of the proposed changes given the relatively low number of cases referred by the CPRB to Police Chief Eric Clifford, Porterfield said it was consistent with Cuomo’s executive order establishing the collaboration on reforming and reimagining the New York State Police. , which specifically mentions the review of guidelines for community policing oversight groups.

“Why now? To me, it’s pretty clear,” Porterfield said. “Since we have one, it makes sense that we do this while we go through our reform process.”

“It’s important,” she added, “that we don’t try to frame this as an indictment of the police department.”

In the end, Council Chairman John Mootooveren said he would bring CPRC members back to a future Public Safety Committee meeting for further discussion.

The committee also advanced on comprehensive council legislation that would allow the Schenectady Police Department to contract with Benchmark Analytics for $20,000 per year to use Benchmark Management System, a workforce management system that would allow the department to capture data in several categories – including internal affairs, use of force, community engagement and performance reviews.

“This creates an agent profile that will allow us to better recognize early warning information about agents and get a better sense of their performance in the community – both at the activity level and even at the level complaints,” Police Chief Eric Clifford said. noted.

Also at the public safety meeting, Porterfield and Zalewski-Wildzunas also discussed ongoing efforts to combat excessive speed on city streets and measures to make streets safer for pedestrians and cyclists.

Porterfield and Zalewski-Wildzunas said they both received a draft copy of a plan from Schenectady United Neighborhoods and Cycle Schenectady with short-term and long-term goals to help address several issues.

Zalewski-Wildzunas also highlighted issues with all-terrain vehicles and dirt bikes “causing havoc” on city streets and “destroying our parks” as the weather improves, she said. hopes to propose legislation to limit this activity.

“Before we know it,” she said, “the snow will be gone and we’ll be dealing with this again.”

More from The Daily Gazette: