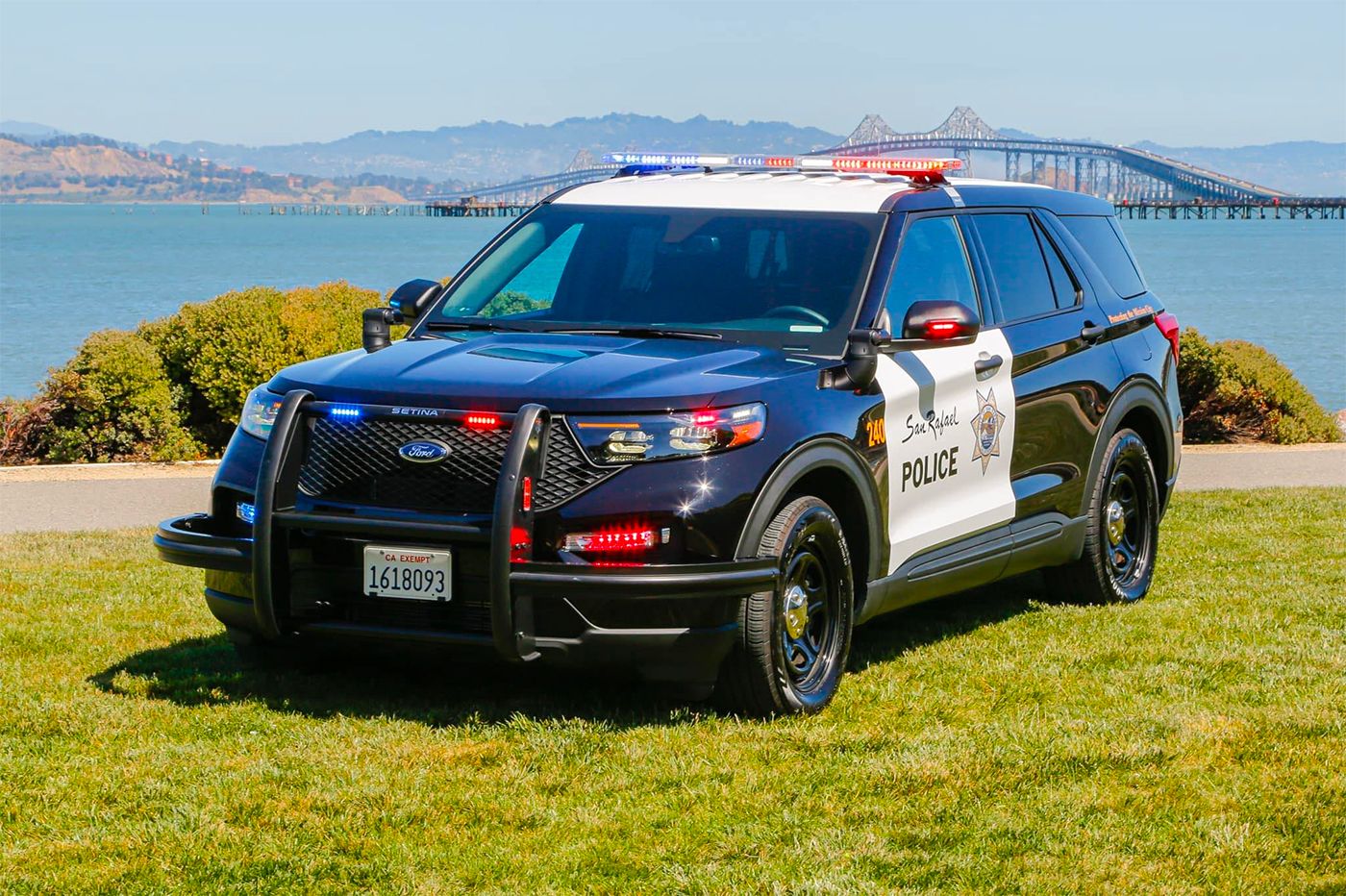 Oh, let the rage tweets begin! A San Rafael police officer was caught on camera dropping off a homeless man and handing over his belongings in the Lake Street and 14th Avenue neighborhood – clearly having just crossed the Golden Gate Bridge to unload the man and make him San Francisco’s problem.

While it’s not accurate that San Francisco is a constant magnet for new homeless people due to the city’s wealth of services, other jurisdictions have been rumored over the years to carry their unwanted people in the city in the hope that no one will notice. And it appears to have happened a few weeks ago on 14th Avenue near Lake Street, less than a block from where Park Presidio Blvd. hits the south end of the Presidio – that is, one of the first residential streets you’d hit if you were driving your Marin County police cruiser through SF.

ABC 7 obtained video from a neighbor who wished to remain anonymous who recorded footage of a San Rafael Police Department SUV driving into the block, dropping off a man who was obviously unwell, giving him his business and leaving. The neighbor then reported that the man started starting a small fire, throwing rocks and then stripping in someone’s driveway.

This all happened on July 30. The SF Fire Department was called with an ambulance within half an hour, and this unnamed man became San Francisco’s problem – and the city attorney’s office is investigating.

“San Francisco is not a dumping ground,” City Attorney David Chiu told ABC 7. in the middle of a residential area, with no services or resources around.This does not give a good result.

“We made a mistake,” San Rafael Police Lt. Scott Eberle told ABC 7. “That’s what we did, we dropped this topic in San Francisco. It caused resources [to be used] this [otherwise] wouldn’t have been attached to San Francisco.”

As the story goes, according to San Rafael police, an officer arrested this man at Northgate Mall after he apparently caused a disturbance and threatened a security guard. Police discussed the need to likely take this man to a hospital for psychiatric treatment, but the man asked to be driven to San Francisco, and the officer complied – choosing that neighborhood just off the bridge.

Eberle added, “I want to apologize not only to the community of San Francisco, this neighborhood, but to the first responders who had to deal with this.”

A neighbor, Michele Sahl, tells ABC 7: “It’s really terrible because we shouldn’t do this to another human being, number one, and why can’t San Rafael take care of it? San Francisco is trying to take care of his homeless people, not without challenges, but I’m very disappointed.”

This brings us back to an infamous case from a decade ago when it was discovered that the state of Nevada had illegally “dumped” mentally ill patients to other states via the Greyhound bus. The majority of the nearly 300 people who were bused from a Nevada state hospital to California ended up in Los Angeles or thereabouts. 2008, but at least 31 of them got tickets to San Francisco — and then-city attorney Dennis Herrera sued Nevada for the state’s actions in 2013. That action was settled in 2015 for $400,000.

One wonders if this was some sort of tip of the iceberg case, and perhaps other jurisdictions have taken similar action in the decade since.

“We will seek to hold accountable any jurisdiction found to be engaging in this behavior,” Chiu said, speaking to ABC 7 this week. “Any jurisdiction considering doing so needs to think twice. “

Given our own shortage of shelter beds, San Francisco itself has a program called Homeward Bound which provides bus and plane tickets to homeless people seeking and applying for city services – but they are supposed to prove that they have a friend or relative who agrees to accommodate them elsewhere. A look at the program’s successes in 2019 revealed that 56% of clients who participated in the program were still in stable housing in other cities a month later.