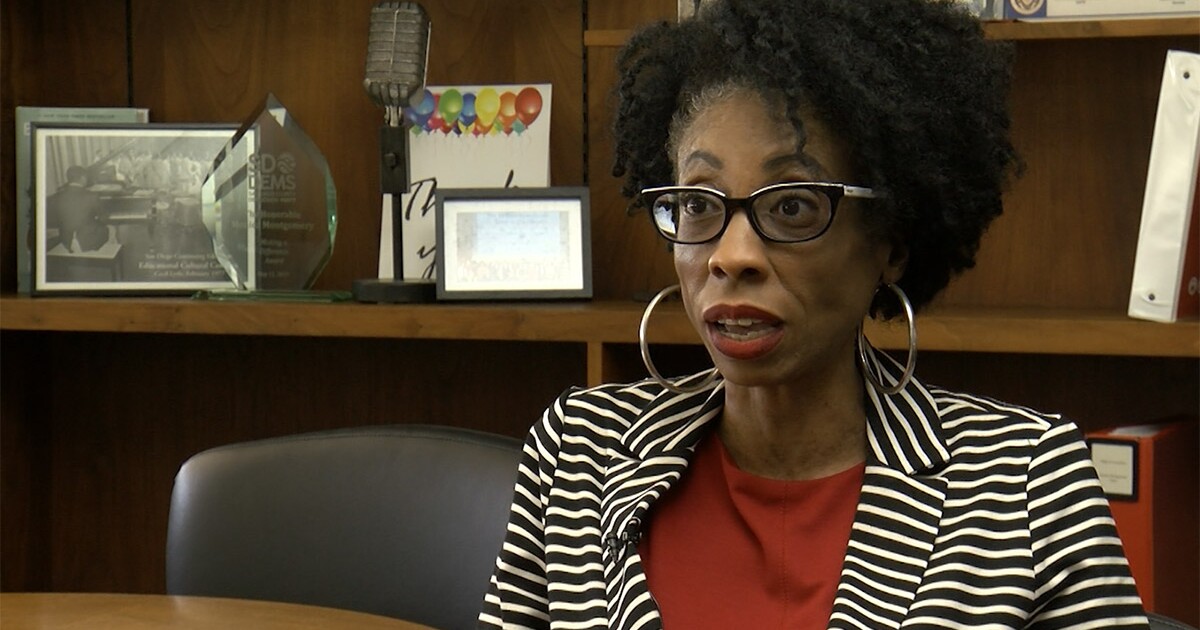 For years, a group of volunteer activists called Women Occupy San Diego has been pushing for a new way to allow civilians to oversee the San Diego Police Department. The group wants to dissolve the existing community review committee on policing practices and replace it with a new committee that would have the power to conduct its own investigations into allegations of officer misconduct, independent of the internal affairs of the SDPD.

The proposal failed last year because the city failed to initiate talks about the measure with the San Diego Police Officers Association, the union that represents officers, which is required by state labor law. .

But the proposal gained new momentum a few months later with the election of Monica Montgomery to city council. Montgomery campaigned on improved policing and was allowed to lead this debate when she was appointed chair of the council’s public safety and living quarters committee.

KPBS spoke to Montgomery about how she plans to ensure the proposal finally reaches city voters.

Q: Last year we saw the idea for a new independent police review board die before it even got a vote in city council on whether to place it on the ballot. What is the status of your idea now and how are you going to make sure it doesn’t happen again?

A: So we saw and followed the proposal to measure the vote of employed women, and it went to the committee, our last committee meeting, which I believe was on September 18th. So at this committee it was adopted unanimously, but it comes back to the committee with a legal analysis from the city attorney. And it was really important to me, coming to power, that we weren’t caught in the procedural flaws of that – that my colleagues were able to judge the proposal on its merits and make a decision based on it. the.

Q: Supporters of this measure say it is really about the process. They want a more independent process. But there are also those who are unhappy with the current results of the Community review board. What is most important to you? And do you think this new model with independent investigation will actually lead to different results?

A: I think so. There were four main things that I have devoted myself to since the day of the investiture on the basis of the civilian oversight of the police service, and these are the investigative powers, the subpoena power, the independent commission and the independent lawyer. And this proposal contains all of these factors. And so I think we’ve worked really hard to make sure it’s an effective commission, in word and deed, and so that’s what all this back and forth is for. But I think it will be effective and that it will be a bit like a hybrid model where there will be review mechanisms. But the investigative powers are the most important.

Q: I spoke with the head of the Association of Police Officers last year, the last time. And something he told me was that he felt like no matter how much a civilian review board oversees the police, there will always be people in the community who don’t. just don’t trust the police. What’s your response to that?

A: First of all, it’s not an excuse not to do better. We must do better. There will always be people, as you mentioned, people who may want me to go a little further or who will not want me to do it. I do what I think is right. I think the police should do what they think is right. I think every entity should have a check and a balance. That’s what it’s about. There will always be people, due to their own personal experience with officers or some other influence, who will not trust police officers. That will probably never change. But that doesn’t mean we shouldn’t exercise close oversight over any entity, including the police department.

Q: This is an issue you addressed during your campaign, maybe something that helped you get elected in your district. But now that we see the real policy making happening, some details, some of the people who originally supported you are kind of pushing you to go further than you would otherwise. What has it been for you?

A: It’s politics. It’s the government. I am dedicated to good politics. The four factors are what I ran on: subpoena power – which was the only thing involved when I ran. In reality, everything else was … something that we developed over time. But the independent commission, the independent lawyer, the investigative powers and the subpoena power are all part of the policy that I support. So in my opinion I am doing what I said I would do. For those who do not support it or do not want it to go further, they have this right and I understand why. But I do what I think is right for the city.