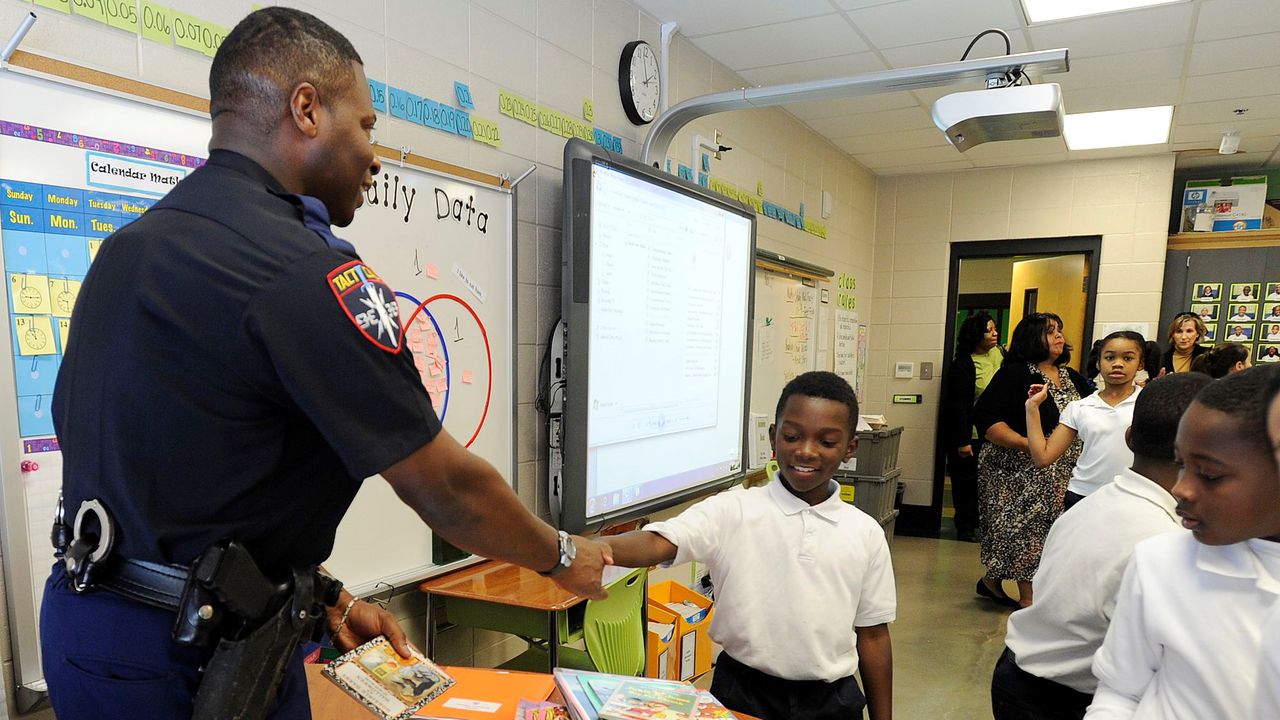 Montague Minnifield’s story — or part of it heard Tuesday night during a town hall discussion about the issues with the Brookside Police Department — resonated in this room and beyond.

But there is more to say.

Minnifield was a career Birmingham police officer, a motorcycle policeman who was disabled in an accident in 2014 during a parade for the Papa John’s Bowl.

He wasn’t even driving that night in early March last year when Brookside police arrested his then-girlfriend for a beacon violation. He was in loungewear – pyjamas, as he called them – in the passenger seat as she drove her nieces home.

There were no movement violations, he said, no smell of marijuana or cause for suspicion. Not even a seat belt violation. In fact, when the driver pulled over to the side of the road, Minnifield was looking at his phone and not realizing he was the center of police attention.

A dark, anonymous, masked figure knocked on his window and told him to roll it down. A matching figure stood in the driver’s window. They looked like central Hollywood cast terrorists, Minnefield said.

“All I could see was the top bridge of his nose, his forehead and his eyes,” Minnifield said.

The man at his window demanded his driver’s license, Minnifield said.

Minnifield told him he didn’t have it, that he was just there for a short ride, and the officer grew more stern.

“He said, ‘If you don’t give me your driver’s license, I’m going to arrest you,'” Minnifield recalled.

Minnifield again said he didn’t have it. He knew the Brookside agent had no reason to suspect him, other than his appearance. He wasn’t even sure the men were police officers and wondered if they were “blue light bandits”.

“I looked around. I put my seat belt on. This guy doesn’t even have to talk to me.

Minnifield said he tried to speak in police “codes” to let them know he knew the law, but they didn’t respond as trained cops would. He saw that there was no tag on the man’s uniform, so he asked his name.

Minnifield decided not to tell them her name either.

The men dragged him out of the car, handcuffed him, stuffed him into the back of a patrol car in a “stress position” on his injured leg, he said. They left him for 30 minutes or more, in pain, as they talked to his girlfriend.

Eventually they released him without taking him to jail – he believes because they knew he had been a police officer. They pulled him out of the car and drove off as he stood on the side of the road. They gave a ticket to the driver.

But it wasn’t a ticket for her.

It was dark outside, so Minnifield and the woman waited until they reached their destination before looking at the ticket. It was not written to any of them. It was written in the name of her father, who owned the car and was never near the scene.

Minnifield said they must have looked up the car on the computer and the owner’s name on it, thinking it was him.

“They saw a black man and thought he looked like me – and we don’t look anything alike,” Minnifield said. “They put this man’s information on this ticket as if he was driving the car.”

The ticket was eventually dropped, but Minnifield worries he might be following the man.

“He could have a negative strike on him if he gets pulled over for another equipment violation,” Minnifield said. This could be the deciding factor in whether he gets a ticket.

This isn’t the first time Brookside has issued tickets or charged people who weren’t even in the car. Tareya Witt says she was accused of impersonating a police officer during a traffic stop she knew nothing about and was not involved in. Her brother had been arrested. After complaining about an officer’s behavior, Brookside Police filed charges against her.

Asked about the shutdown by Minnifield and others, Brookside Mayor Mike Bryan responded in an email Thursday.

“The City of Brookside does not condone this behavior,” he wrote. “That’s why we hired Ken Simon, a former circuit court judge and respected attorney, to independently investigate allegations of racial profiling. Pending his findings, we cannot comment on Minnifield’s allegation.

He offered the following to other aggrieved people in his town:

“We regret the actions of any Brookside police officer who may have harmed people. With the removal of jurisdictional signs and the resignations of (Chief Constable) Mike Jones and (Lieutenant) Bo Sevelle, we are now turning our attention to selecting a suitable Acting Chief Constable in consultation with local and state agencies. appropriate.

Minnifield is hoping for a federal investigation. He said he filed an initial complaint with the FBI, with the understanding that it would be forwarded to an agent, but months passed and he heard nothing. He eventually spoke to an agent, but only after being introduced by his attorney.

This officer, he said, told him his original complaint was never forwarded to an investigator.

Paul Daymond, spokesman for the FBI’s Birmingham office, said he could not comment on a specific incident, but “it is our policy that any information or allegations that come to our attention are investigated by appropriate personnel. Once the information has been reviewed, a decision is made as to any action that can or will be taken at that time.

He said the office, as a matter of policy, would neither confirm nor deny the existence of an investigation.

One of Minnifield’s attorneys, Bill Dawson, said the ruling was wrong from the start.

“Well, the law is if you give somebody a ticket, you go ahead and give them the ticket and don’t extend the time people are there. And certainly not just handcuff them for no reason and detain them. You don’t don’t keep holding people back unnecessarily.”

His other attorney, Terry McCants, put it this way:

“The pattern and practice at Brookside is to keep you hoping to find more. But you can’t do that.

Read more stories from our Banking on Crime series: