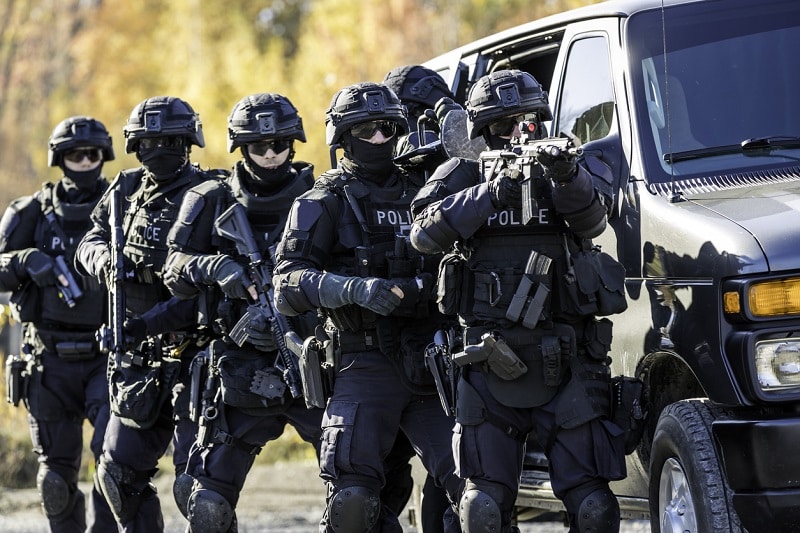 School shootings, such as those that occurred at Robb Elementary School in Uvalde, Texas, and Sandy Hook Elementary School in New Town, Connecticut, are devastating for everyone. When an active shooter is present in a school, every second counts. The rapid response of law enforcement and their engagement with an active shooter is critical, as schools are inherently incapable of protecting against this type of harm.

[Related: Understanding School Shootings and How to Prevent Them]

As a former police officer and professor of criminal justice, I have studied police stress and resilience to police stress for many years. I also interviewed officers from across the country and in different parts of the world.

From a law enforcement perspective, responding to 911 calls involving child victims, trauma and loss of life is one of the most psychologically challenging events for police officers. It is different from other 911 calls because of the vulnerability of children and school personnel who are not equipped to deal with active shooter threats.

The Psychological Impact for Officers Responding to School Shootings

In general, officers tend to compartmentalize their stress after experiencing traumatic events; they may try to rationalize what happened because of his environment. For example, an officer responding to a homicide between two drug dealers or a fatal accident involving an intoxicated person and their fourth DUI can sometimes compartmentalize and rationalize these traumatic scenes.

However, it is different for police officers when innocent children are involved in school shootings. These incidents can cause post-traumatic stress disorder (PTSD), especially if fatalities are part of the school shooting.

For officers responding to an active shooter event at a school, it is critical to understand the changes that occur in an officer’s body in a high stress situation. According to Harvard Health School, when an officer is exposed to intense danger, the part of the brain called the amygdala sends a distress signal to the hypothalamus. Adrenaline is then supplied to the bloodstream.

The dangers of auditory exclusion

Hearing exclusion, experienced in highly dangerous situations, prevents officers from hearing important information from dispatchers, witnesses or other officers. As a result, these agents may miss key information transmitted to them.

Tunnel Vision and its security implications

Tunnel vision occurs when police officers become so focused on an area or target that they unknowingly reduce their peripheral vision. As a result, their situational awareness is hampered, increasing the danger to police officers and anyone trapped by an active shooter. With tunnel vision, it’s all too easy for police to miss multiple threats in school shootings.

Some physiological changes can be managed during school shootings

Ideally, police officers should understand how their bodies react to very stressful and dangerous situations. These physiological changes will impact their ability to respond quickly and correctly to an active shooter threat within a school.

During a highly stressful and dangerous event like a school shooting, some physiological changes can be managed while others cannot. However, officers can control their breathing and self-monitor for tunnel vision or hearing exclusion. If officers become aware that they have vision or hearing problems, they should increase their situational awareness by applying critical thinking to the situation.

For officers responding to school shootings, the stress and trauma associated with handling these incidents impacts officers’ mental health and family life. These feelings can also cause anger, despair, and depression.

For police officers dealing with the stress associated with school shootings, it is crucial that they receive the support necessary to overcome the trauma they are experiencing. For example, this support may involve participating in a police peer support program, seeing a mental health counsellor, enrolling in an employee assistance program, or other ways to help. the agents.

In addition, police officers must monitor themselves for indicators of PTSD. Symptoms of PTSD include:

If an officer is experiencing mental health issues associated with school shootings or other violent events, one resource is COPLINE, which provides counseling and connects officers to helpful resources. COPLINE is made up of former trained officers who serve as advisors. This resource is particularly helpful because police officers who experience mental health issues after violent events are more likely to open up to someone with law enforcement training.

Eye movement desensitization and reprocessing (EDMR) is another resource that is gaining notoriety among the law enforcement community for people dealing with a traumatic event. EDMR is a psychotherapy treatment that heals the mind of psychological trauma. It has an 84-90% success rate and helps officers reframe negative memories and lessen the effects of trauma.

During their careers in law enforcement, police officers will inevitably experience enormous stress, especially if they are responding to school shootings. But the trauma and mental stress they experience must be addressed quickly to foster officer resilience. Without addressing the mental health issues created by 911 calls involving violent events, police officers will be at greater risk for health issues, suicide and family issues.

The map reveals which parts of the UK are struggling the most with the cost of living crisis – is your area on the list?