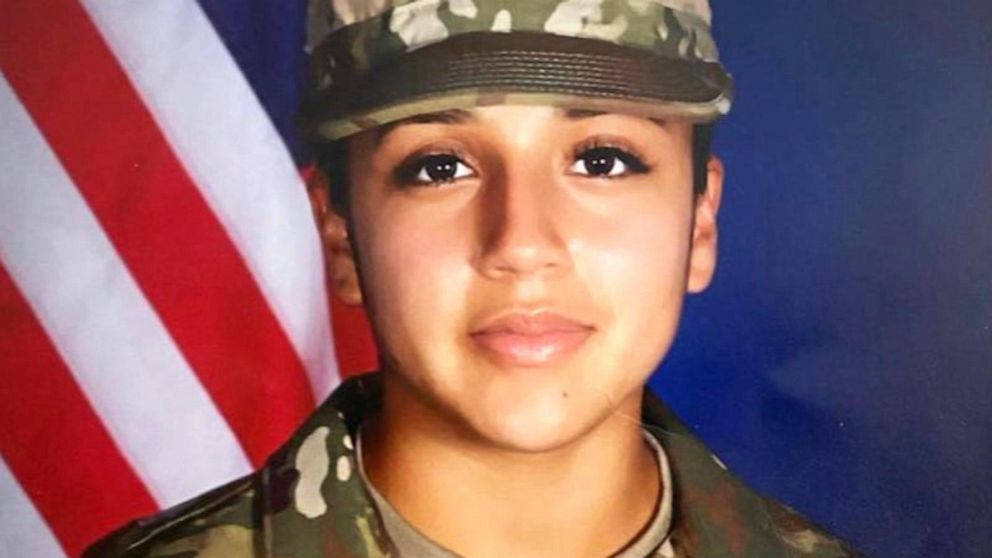 Remove sexual harassment from the military chain of command

It’s been two years since the brutal murder of Army SPC Vanessa Guillén, and just months since Congress came together to pass monumental and sweeping bipartisan legislation to ensure that cases of sexual assault, murder, kidnapping and other serious crimes be removed from the chain of command. For some, that time seemed like an eternity. For others, it’s over in the blink of an eye. For me, it’s proven that Congress is capable of breaking through the partisan politics that paralyzes us if we have the will. On this anniversary of Vanessa’s untimely death, I’m here to say we have more to do.

History was made with the passage of last year’s National Defense Authorization Act (NDAA). It included not only my provisions to remove cases of sexual assault, domestic violence, harassment, murder, manslaughter, kidnapping and other special offenses from the victim’s chain of command and of the aggressor, but also created new independent military prosecutors. These prosecutors, known as Special Trial Counsels, will take effect on December 27, 2023. They alone will decide whether or not to prosecute these crimes – not the commanders. And the civic leaders to whom they answer are appointed by the president, confirmed by the Senate, and are accountable to Congress and, most importantly, to the public.

The NDAA also included my provision to make sexual harassment a stand-alone offense in the Uniform Code of Military Justice. Shockingly and unfairly, sexual harassment has not been included in the jurisdiction of independent military prosecutors. That needs to change, and that’s why my House colleagues and I introduced the Bipartisan Sexual Harassment Independent Investigation and Prosecution Act (SHIIP), and Senator Mazie Hirono (D-Hawaii) is joining us. by presenting its complementary legislation to the Senate as Good.

Specifically, our bill would move sexual harassment prosecution decisions from commanding officers to the new special trial counsel for independent military attorneys to decide which sex-related offenses are referred to court martial, and would require new independent investigators Harassment Investigations established last year are outside the victim’s and perpetrator’s chain of command and are trained to investigate sexual harassment.

Ensuring that sexual harassment investigations and prosecution decisions are removed from the chain of command is critical to dealing with many cases like Vanessa’s. We know that Vanessa was sexually harassed by a superior before her disappearance and horrific dismemberment. We know that her command was aware of this harassment but did nothing and she told her family about it. We know that countless other victims of sexual assault in the military, many of whom have shared their painful experiences with me, have also been victims of sexual harassment. We also know that sexual harassment is one of the least reported offenses – only 1% are officially reported. We know that as long as sexual harassment cases continue to be handled through the military chain of command, the voices of victims will be drowned out and overwhelmed by a system stacked against them. And we know that as long as this happens, the potential for these offenses to lead to more deadly crimes will continue to threaten the readiness and morale of our military, and the lives of our brave military.

When the NDAA was passed in December, my provisions were praised by military leaders, members of Congress on both sides of the aisle, victim advocacy groups, families and friends of victims, and survivors. I will forever remember Vanessa’s sister, Mayra Guillén, saying, “I can have some peace tonight.

I will also forever carry with me the raw pain, anguish and betrayal felt by her, her parents and her sister. Etched in my heart and mind are the words shared with me by survivors, including one survivor who told me she was ready to fight the enemy outside the perimeter, she was unprepared to the enemy that lurks within.

The pain that Vanessa’s death sparked in the military reverberates as strongly today as it did two years ago. Equally unwavering is my dedication and promise to ensure that no other family suffers what the Guillén family endured, and that no other military suffers Vanessa’s tragic and preventable fate. I call on my colleagues in the House and Senate to join me in this promise and to ensure that it is kept, and that the proud legacy and memory of Vanessa is honored by the passage of the SHIIP law.

Do you want engaged employees? Invest in their financial well-being