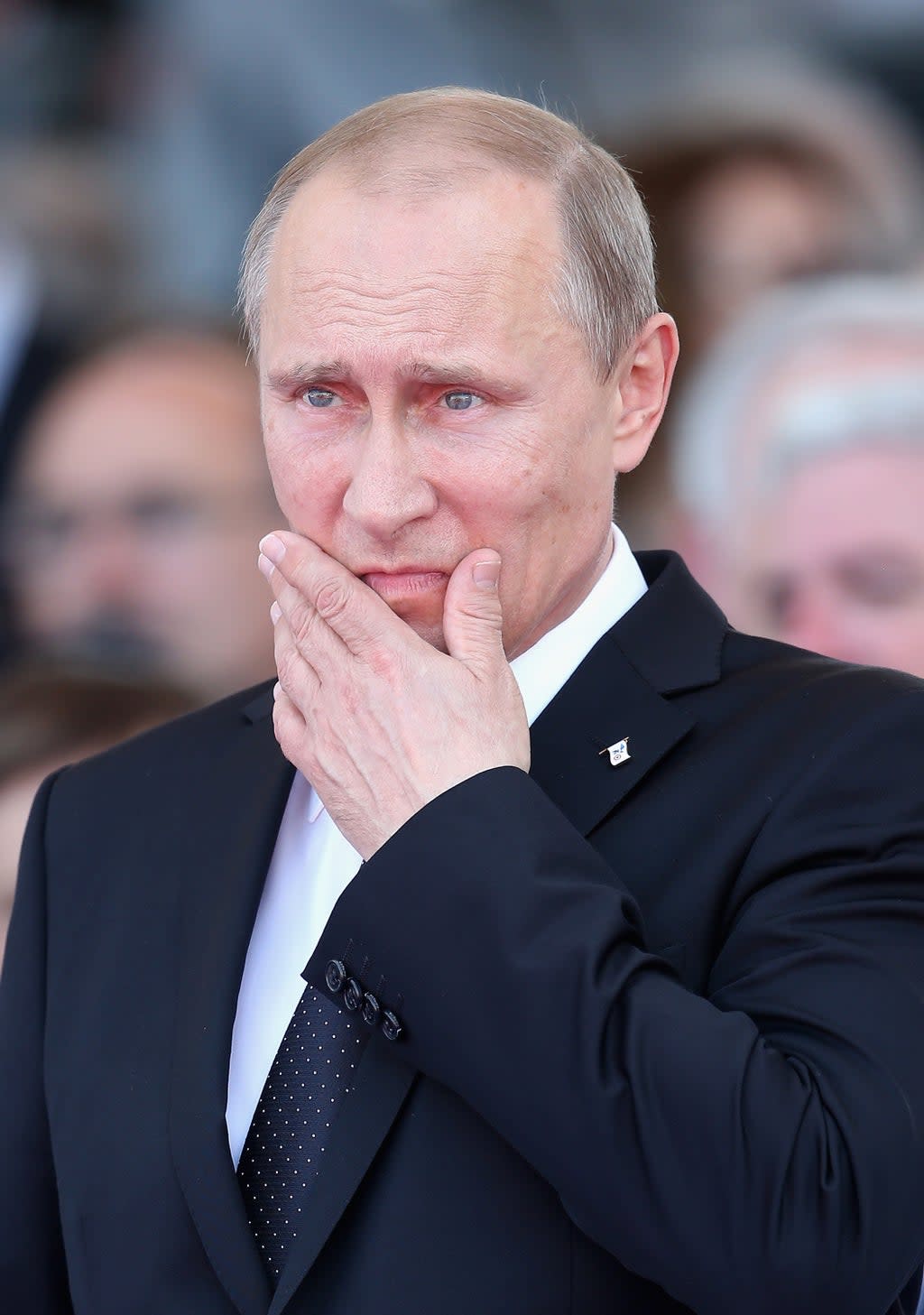 Putin and his military commanders will have ‘the long arm of justice that will follow them forever’, says Ben Wallace

Vladimir Putin and his military commanders were warned on Wednesday that “the long arm of justice will follow them forever” as they are hunted down for war crimes committed in Ukraine.

Defense Secretary Ben Wallace stressed that they would be brought to justice, however long it took, for violating the laws of war.

“It is quite correct that they know the long arm of justice will follow them forever,” he told parliament.

“It cannot be swept away by one man in the Kremlin…throughout the chain of command, at this time, the commanders who send these young men to their deaths must also face justice, military or international.”

Mr Wallace was responding to a question from Sir Bob Neill, Conservative chairman of the House of Commons justice committee, as new images and reports emerged from Ukraine of the atrocities being committed.

Hundreds, if not thousands, of civilians were killed in the first two weeks of the invasion as Russian forces bombarded towns and villages with increasingly “indiscriminate” attacks.

Sir Bob asked: ‘Isn’t it important that in terms of future deterrents, not just for Putin but for the rest of his regime, it’s very clear that we are extremely serious about collecting of war crimes.

“It may take many years before we are able to pursue them.

“There may be a need to consider, as some have suggested, an international criminal tribunal dedicated to questions of jurisdiction.

“But would he agree with me that it’s important that we send the message that we’re not going to walk away from this, we’re going to collect the evidence, and as long as it takes, we’ll pursue it. , not just Putin, but right down the chain of command, for those responsible for bringing down his regime, like Milosevic’s, then the democracies of the world are coming for you.

Earlier, Mr Wallace pointed out that the Russian president was now “locked in a cage of his own making” after the invasion of Ukraine, adding that “his legacy is now over” and that he had “returned the Russia backwards”.

He also told MPs that Russian efforts to bring the Wagner Group paramilitary organization into the war were a sign of “desperation”.

Mr. Putin’s ground forces are struggling to advance towards the capital Kiev and seize other cities when the Kremlin is said to have already committed in Ukraine more than 90% of the 190,000 troops deployed around its borders for the invasion.

Mr Wallace said: “We have seen tremendous efforts to try to bring the Wagner Group to Ukraine. The Wagner Group is the totally unacceptable mercenary company responsible for all sorts of atrocities in Africa and the Middle East.

“And the fact that Russia is now trying to encourage them to participate in Ukraine, I think, is a telltale sign. It doesn’t reassure us, but it’s still a sign.”

The defense secretary also warned that a no-fly zone could hamper Ukrainian efforts to deal with Russian artillery and missiles.

Urged to introduce a no-fly zone, he said: “At the moment the balance is that I don’t think it really suits the Ukrainian layout given the amounts of heavy armor and missiles in the Russian stocks.

“If you had a no-fly zone, the Russians have a huge advantage with shells and missiles and they wouldn’t stop in a no-fly zone when the few things the Ukrainians have to get to the Russians deep are in the air and I think you would get in the way of one.”

Former Labor minister Hilary Benn asked about the possible donation of Polish fighter jets to Ukraine and wondered if it would be considered a defensive system.

Mr Wallace said: “I think it depends on how you use the planes. If you’re close air support in Kyiv then obviously it’s defensive, if you’re looking to get into another sovereign territory, like the Russian Air Force, then it’s not; I think it’s important to recognize that.

“I think it’s a deeply bilateral decision for these countries, but as a friend and ally of Poland, we will stick to their decision.”

He stressed that Mr Putin had “miscalculated on the international will to isolate Russia” and “on the strength of Western unity and NATO”.