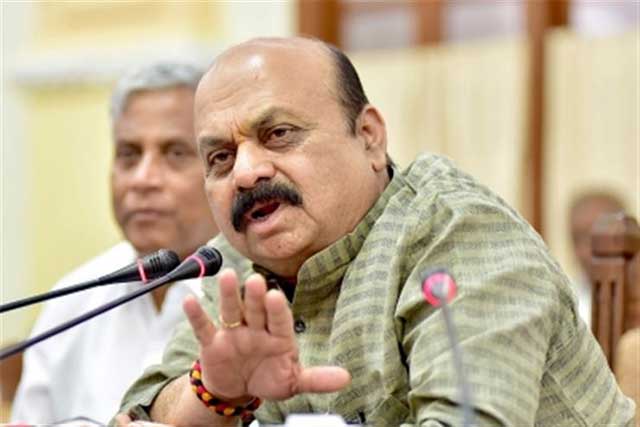 Project Mekedatu: TN has no jurisdiction to run the Center, says Bommai

Mysuru (Karnataka), June 8 (IANS): The Tamil Nadu government has no jurisdiction to direct the Union government what to do and what not to do, Chief Minister Basavaraj Bommai said on Wednesday.

The Chief Minister was speaking to reporters upon his arrival at Mysuru airport.

Responding to a question about the Tamil Nadu government’s filing of a petition to the Supreme Court regarding the Mekedatu project in the Cauvery River basin, Bommai said, “This is a miscellaneous petition. The Supreme Court must serve an opinion on the Government of Karnataka. We will respond to you promptly.”

Stating that the Tamil Nadu government has no jurisdiction to direct the Union government on the matter, Bommai added, “Cauvery Water Management Authority (CWMA) is a body established by order of the Supreme Court.

“Only the CWMA has the power to approve any project. Only the CWMA could decide whether the orders of the Cauvery Court had been followed or not, and indicate how to go about it. Already 15 to 16 meetings have taken place in this regard “, he said.

Speaking about the Rajya Sabha elections, Bommai said the BJP is not making any bids for anyone in the polls.

“The BJP will win on its own. We have nothing to do with the deals between Congress and the JDS,” Bommai said.

The process of appointing a new Lokayukta is almost complete and the appointment will be made soon, Bommai said in response to a question on the matter.