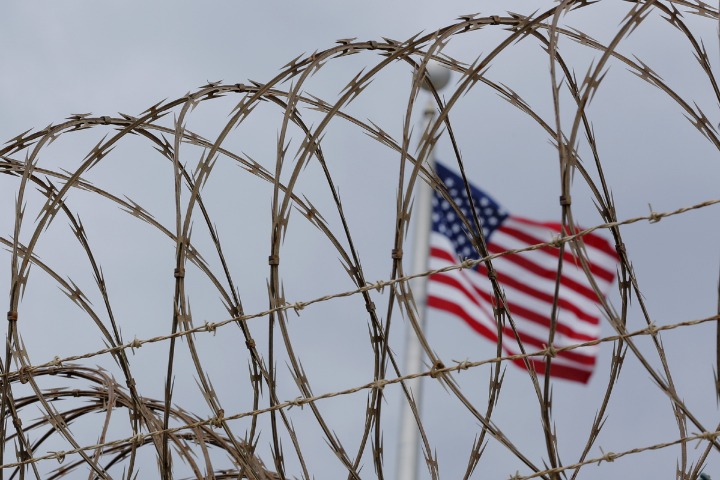 More than 30,000 people have signed a petition calling on US President Joe Biden to close the Guantanamo Bay detention camp established in 2002 during the administration of former President George W. Bush.

The petition, calling Guantanamo a “human rights disaster,” was started by the American Civil Liberties Union.

“For 20 years, the US military prison at Guantanamo Bay has been a stain on our country. Today, 39 Muslim men are being held there indefinitely at the astronomical cost of $540 million a year,” he said.

The prison, which is inside the US naval base at Guantanamo Bay on the south coast of Cuba, was created following the September 11 attacks on the United States. It has been used to indefinitely detain terrorism suspects, some of whom are awaiting trial. The Cuban government has declared the base illegal.

Since January 2002, approximately 779 Muslim men and boys have been detained at Guantanamo. Most were detained without charge or trial, and many were tortured, according to news reports and a senior Bush administration official.

Under the international laws of war, it is legal to detain enemy combatants without charge in order to remove combatants from the battlefield.

US authorities have recommended Mohammed al-Qahtani’s transfer to Saudi Arabia, most recently on February 4. Suspected of being the 20th hijacker planned by al-Qaeda for the September 11 attacks, he was among the first detainees sent to Guantanamo. Al-Qahtani has been detained for almost 20 years.

Torture of al-Qahtani and other detainees was widely reported during the early years of the operation. Various media reported that al-Qahtani was subjected to prolonged solitary confinement, sleep deprivation, sexual humiliation and other abuse.

The Bush administration had repeatedly denied torture until Susan Crawford, a senior administration official, first admitted in 2009 that torture had taken place at Guantanamo.

“We tortured Qahtani. His treatment met the legal definition of torture,” Crawford told The Washington Post in 2009.

The US government has been criticized and condemned by human rights groups. The United Nations unsuccessfully attempted to close the detention center.

The Bush administration made the decision to use the Guantanamo Bay naval base as a detention camp because it believed that the prison, being on foreign soil, would not be subject to the jurisdiction of US courts.

Since 2004, however, in more than one decision, the US Supreme Court has declared that US courts have jurisdiction and that prisoners are entitled to minimum protections under the Geneva Conventions.

Since the prison’s inception, various human and civil rights groups have filed lawsuits against the US government for holding detainees without trial or charge and for allegedly torturing them.

In the face of both domestic and international criticism, then US President Barack Obama planned to close the detention center. However, in 2015, the US Senate passed a bill on a 91-3 vote explicitly banning the Obama administration from transferring Guantanamo Bay detainees to the United States.

Hina Shamsi, director of the ACLU’s National Security Project, writing on the 20th anniversary of the detention camp’s opening, called Guantanamo a ‘symbol of racial and religious injustice, abuse and contempt of the rule of law”.