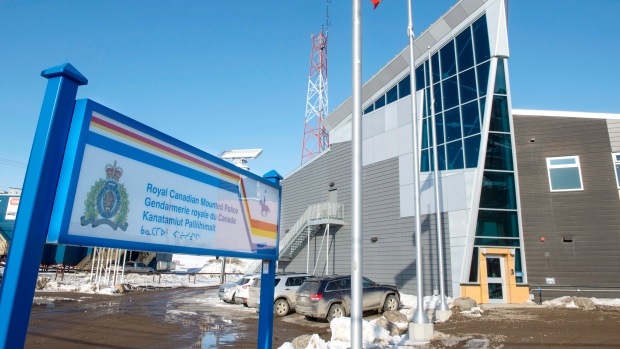 IQALUIT, NUNAVUT – Nunavut is drafting legislation to create a civilian police review body after a recent examination of an Inuit gunshot death revealed almost no information about what happened .

“We are actively discussing partnerships with the main civilian investigative bodies and will soon be proposing the necessary legislative changes to ensure that a civilian body has full statutory powers to conduct investigations in the territory,” said the territorial minister of justice , Jeannie Ehaloak, in an email.

Ehaloak, who has previously said she supports civilian reviews, made the pledge after the Ottawa Police Service released the results of an investigation into the shooting death of Attaché Ashoona in Kinngait, Nunavut , February 27.

Investigators found that officers “had not gone beyond the use of force necessary to control the situation.”

No information on the circumstances was disclosed. Ottawa Police said they interviewed five RCMP officers and 10 people from the community, but there was silence on what Ashoona was doing or why the officers fired their guns.

Ashoona’s name was only released this week.

“They are doing what the current system currently allows,” said Benson Cowan, head of the Nunavut Legal Aid Society. “All it does is erode trust in the institutions that are so important.”

Kinngait Mayor Timoon Toonoo confirmed that council had not received any information about the investigation.

“We have nothing,” he said.

Cowan said the review may have been thorough and comprehensive. But no one, other than the investigators, knows.

“I don’t think anybody would look at this and say it would build confidence.”

Trust between the Inuit and the RCMP has been a problem for a long time.

“Nunavummiut have expressed a desire to move away from police investigations into serious incidents involving members of RCMP V Division,” Ehaloak said.

Northern media report that at least six investigations are underway into the behavior of the RCMP. Several arctic politicians have called for body cameras on the gendarmes.

In June, a video showed an apparently intoxicated Inuit being run over by the door of a slowly moving police vehicle before being arrested. He was taken to the detachment cell where he was severely beaten by a fellow detainee. The man has never been charged.

There are also historical grievances. The force has been criticized for its role in bringing Inuit into communities and slaughtering sled dogs that would have allowed them to leave.

Nunavut NDP MP Mumilaaq Qaqqaq said civilian oversight of the police would be a good thing, but would not explain why so many Inuit are in trouble in the first place.

“We see this in Nunavut because of the lack of basic human needs being met.”

She urged Ehaloak to seek other solutions to the policing problems in Nunavut, citing Indigenous policing services in other parts of Canada.

Qaqqaq said the federal government must step up its efforts to alleviate ailments such as substandard housing that are at the root of many social and criminal problems in Nunavut.

“The federal government is doing less than the bare minimum for Inuit,” she said.

This report by The Canadian Press was first published on August 25, 2020