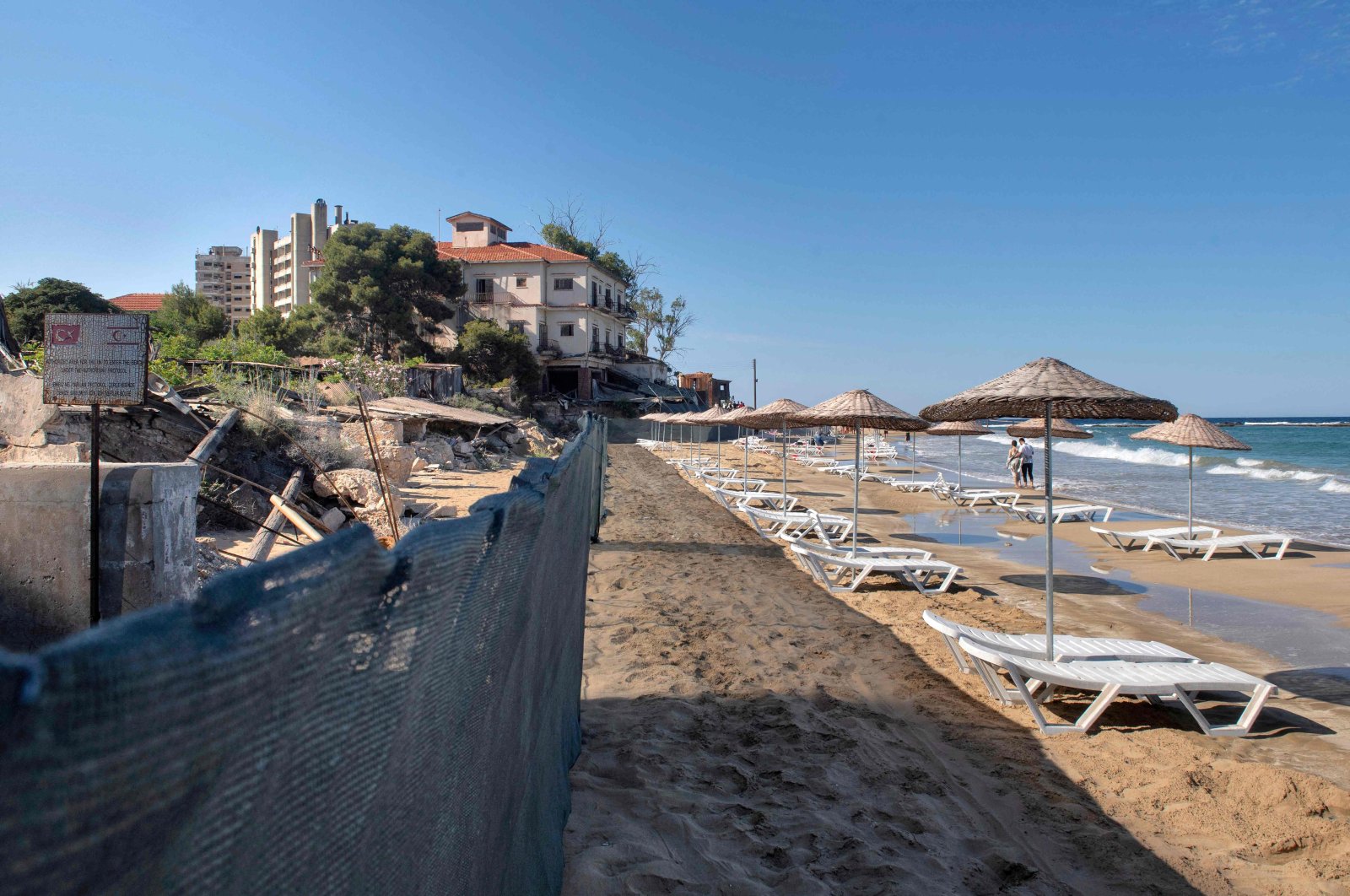 The partially reopened, once ghost town of Maraş (Varosha) is solely under the jurisdiction of the Turkish Republic of Northern Cyprus (TRNC), the Foreign Ministry said on Saturday.

“The Greek Cypriot administration of Southern Cyprus continues to make statements to mislead international public opinion regarding the fenced area of ​​Maraş,” the TRNC Foreign Ministry said in a statement.

He denied allegations by the Greek Cypriot administration that the TRNC authorities had decided to open a new beach.

“In fact, the TRNC government has started to rehabilitate a beach, which was already in use, for the benefit of its visitors, mainly for their safety,” the ministry said.

The statement stressed that the TRNC will not seek permission from any other authority, especially the Greek Cypriot side, regarding the measures that will be taken in the fenced area of ​​Varosha.

Varosha is a suburb of Famagusta (Gazimağosa), a city which was the tourist center of the island before 1974 thanks to its pristine beaches and modern hotels. Varosha was a famous resort on the island which boasted of a capacity of 10,000 beds in over 100 hotels. Turkish military forces intervened on the island following a Greek-backed coup, ending years of persecution and violence against Turkish Cypriots by ultra-nationalist Greek Cypriots. After Varosha’s 15,000 Greek Cypriot residents fled in the face of advancing Turkish troops, the area was fenced to prevent access until October 2019, when Turkish and Turkish Cypriot authorities announced it would reopen.

Varosha was abandoned after a 1984 United Nations Security Council resolution declaring that only its original inhabitants could resettle in the town. Entry into the city was prohibited, except for Turkish army personnel stationed in the TRNC. Had the Greek Cypriots accepted the 2004 UN Cyprus reunification plan, known as the Annan Plan, Varosha would now be back under Greek Cypriot control and its people back to their homes. Despite this, the majority of Greek Cypriots voted against the plan, while Turkish Cypriots voted for it.

Varosha had practically become a ghost town as it remained cut off from the world for some 47 years. Part of the area – around 3.5% of the total area – was reopened in October 2020, with visitors invited to visit between 8 a.m. and 8 p.m. daily. Since the reopening, Varosha has attracted both TRNC residents and foreign tourists, with the environment and landscape around the town also enhancing its appeal.

Keep up to date with what is happening in Turkey, in its region and in the world.

Borrowing money through apps – is it possible?