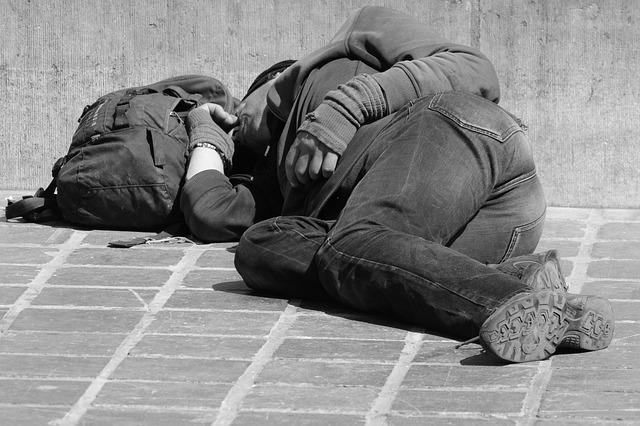 I recently saw a post online about people praying the rosary outside the public library. It’s a gathering they planned to “fix” for Drag Queen Story Hour.

No one prayed outside the slumlord’s house when a building caught fire because the slumlord had forgotten to install smoke detectors, and an entire family burned to death. Neighbors built a small shrine where the house stood, with flowers, teddy bears and a wooden cross, but no one was praying at the slumber merchant. Nobody prayed outside the building with the black mold and the broken air conditioner, when people started getting sick. No one prayed where the homeless camp was “cleansed” by the city, and the homeless lost everything they had.

No one prayed outside the grocery store who called the police over the person who shoplifted a few boxes of pop pies at the end of a tough month, even though it would be cheaper for everyone world o just give them pop pies or pretend not to see.

No one prays outside the courthouse when the drug addict goes to jail and loses their children, instead receiving mental health care before things get so out of control.

No one prays outside brothels.

No one prays outside the police station when they raid brothels and take enslaved women to jail instead of getting them to safety.

Nobody prays outside of school when the cafeteria refuses to give lunch to a child without money for lunch. No one prays outside the welfare office when they cut the family’s food stamps. No one but me prays when my friend texts that her baby hasn’t had formula all day because there’s none in town – because I’m the only one knowledge, apart from God.

No one prayed around the corner where this man overdosed, then dropped the needle on the floor and got on the city bus before his heart stopped.

Many of us gathered to pray in my neighborhood the day after a homeless man was shot. But I didn’t see the Catholics from the wealthy part of the neighborhood showing up with their rosaries. They stayed at home. They don’t like being in that neighborhood block, because it’s dangerous.

When the mentally ill inner city woman starved her baby to death, many people prayed. But we didn’t pray outside the Children’s Services office, where officers were repeatedly tipped off but nothing appears to have been done.

They think that Jesus, who wore a robe all the days of his life, is offended by a man who puts on a robe and a wig.

They don’t care about real sins.

Mary Pezzulo is the author of Meditations on the Way of the Cross, The Sorrows and Joys of Maryand Stumbling in Grace: How We Meet God in Tiny Works of Mercy.

Need money right away? PaydayPot emergency loans can be beneficial