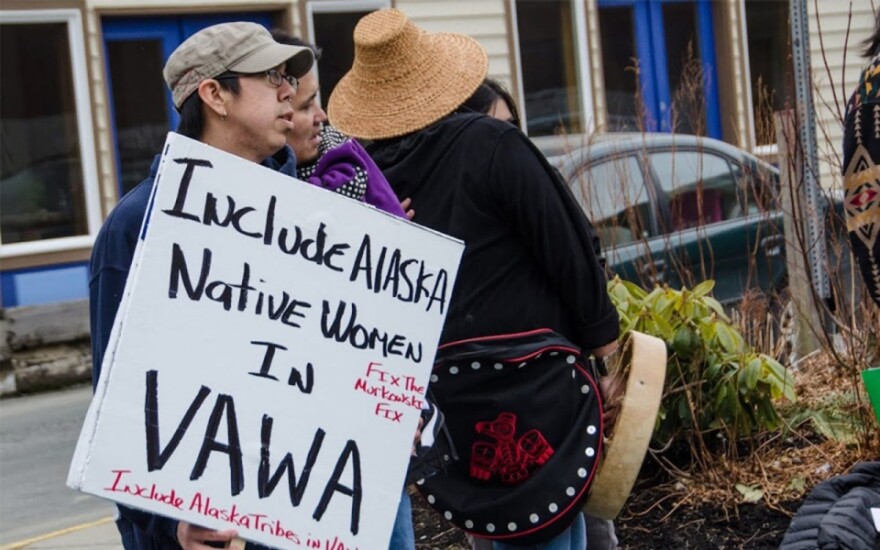 President Joe Biden signed into law a $1.5 trillion omnibus spending package that included reauthorizing the Violence Against Women Act earlier this month. The law makes it clear that Alaskan tribes can act to protect at-risk women in their communities.

“Alaskan Tribes deserve the same kind of protections and resources that other communities in Alaska and the Lower 48 receive and don’t even think about,” said Association spokesperson Joy Anderson. of Village Council Presidents. “So it’s really quite historic.”

With strong support from Alaska Senator Lisa Murkowski, the new authorization passed the Senate long after it passed the House. Murkowski said there is ample evidence that the current system fails to protect women and children in rural Alaska.

“One in five Aboriginal youth has suffered from PTSD as a result of exposure to violence during childhood. We know the status quo is not working,” she said. “And when one in three Indigenous villages has no police presence, we know something has to change.”

Nationally, the VAWA would allocate $5 million to the Bureau of Indian Affairs to deal with missing and murdered Indigenous women. But an additional $3 million has been provided to “Public Law 280” states, such as Alaska, to meet the training and needs of tribal courts. Alaska will receive the bulk of this funding through the Alaska Tribal Public Safety Empowerment subtitle.

“So, before VAWA died, if you had asked, ‘Do the Alaskan tribes have criminal jurisdiction over Alaska Natives or American Indians within the village limits? you probably would have gotten a variety of responses,” Anderson said.

Congress has now provided that answer.

“So what this part of the bill does is clarify that tribes have criminal authority over natives within their village boundaries,” Anderson said. “And it doesn’t depend on whether or not Indian Country exists.”

The bill establishes a pilot program allowing tribes to exercise what is called “special criminal jurisdiction over domestic violence.” This recognizes the authority of tribes to exercise criminal jurisdiction over non-natives who commit certain crimes against a native victim on tribal lands. These crimes include harassment, domestic violence and sexual assault. Tribes are now awaiting details on how to apply, according to Winter Montgomery, tribal justice attorney for the Association of Village Council Chairpersons.

“We’re early in the process,” Montgomery said. “So when the U.S. Attorney gives us all the criteria, we’ll provide them to the tribes.”

But the pilot program has stipulations.

“The pilot would be for five tribes. And that would include a group of tribes that could apply as a consortium,” Anderson said. “Thus, five people would initially be able to start exercising this special criminal jurisdiction. And then every year, while VAWA is licensed, five more could be added every year.

According to Murkowski’s deputy director of communications, Hannah Ray, the U.S. Department of Justice is required to prioritize tribes that occupy villages with a majority Native American/Alaska Native population and have no presence. permanent law enforcement. They must also determine whether the tribe has put in place adequate safeguards to protect the rights of the defendants.

[Sign up for Alaska Public Media’s daily newsletter to get our top stories delivered to your inbox.]