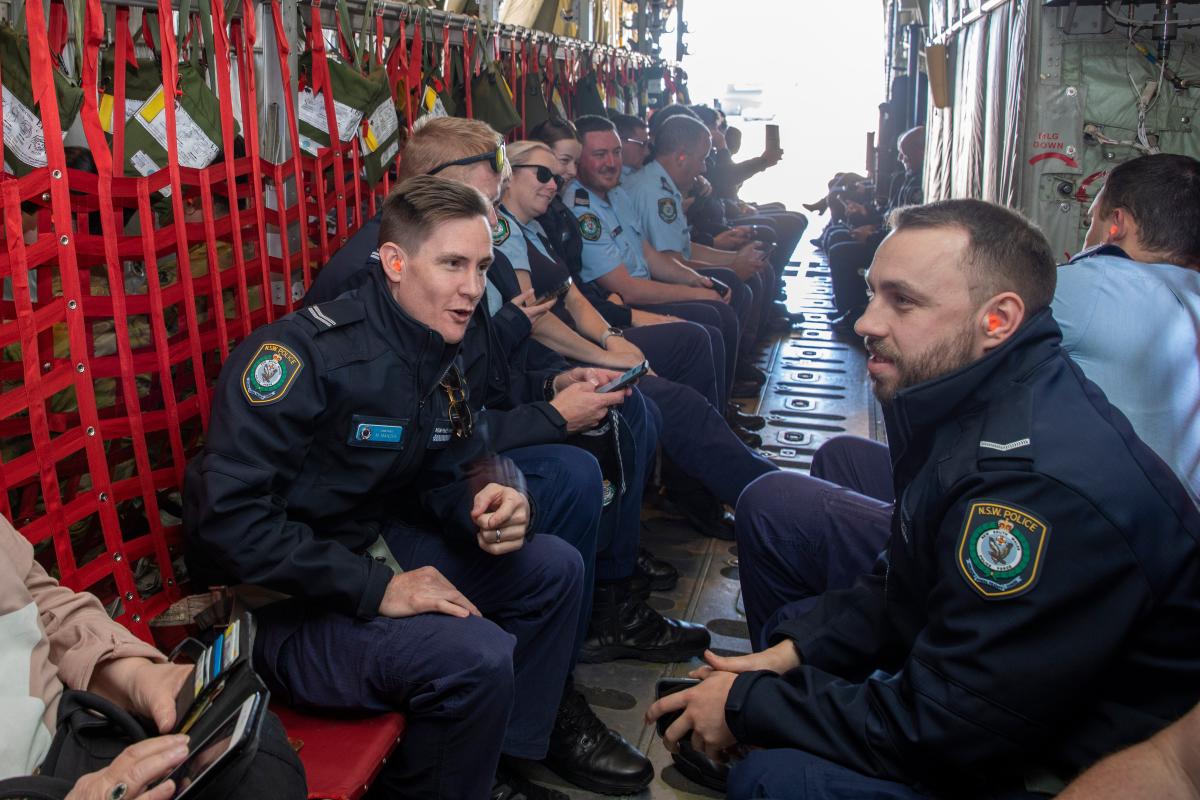 Around 200 members of the NSW Police and Australian Federal Police (AFP) had the opportunity to fly in the C-130J Hercules from 37 Squadron.

LEGEND: AFP and NSW police officers board their flight aboard a C-130J Hercules aircraft as part of a Joint Military Police Unit Community Engagement Day at RAAF Base Richmond. History of Emily Egan. Photo by Leading Aircraftman Chris Tsakisiris.

The activity was part of a day of engagement organized by the Joint Military Police Unit (JMPU) at RAAF Base Richmond.

Members networked and checked out each other’s planes and respective vehicles, and flew over Sydney with a view from the back of an open C-130J.

The Commanding Officer of Joint Military Police Station Sydney, Lieutenant Commander Leisa Hinschen, spoke of the close ties between local police services and the JMPU and the value of their unit.

“JMPU works closely with police across Australia to ensure the safety of the community and ADF personnel,” said Lieutenant Commander Hinschen.

“We are proud of the strong bonds forged and the way we engage with the community to strengthen working relationships between local police departments and the military police community.

“We thank the members of the NSW Police Force and the AFP for their significant support to the military police.”