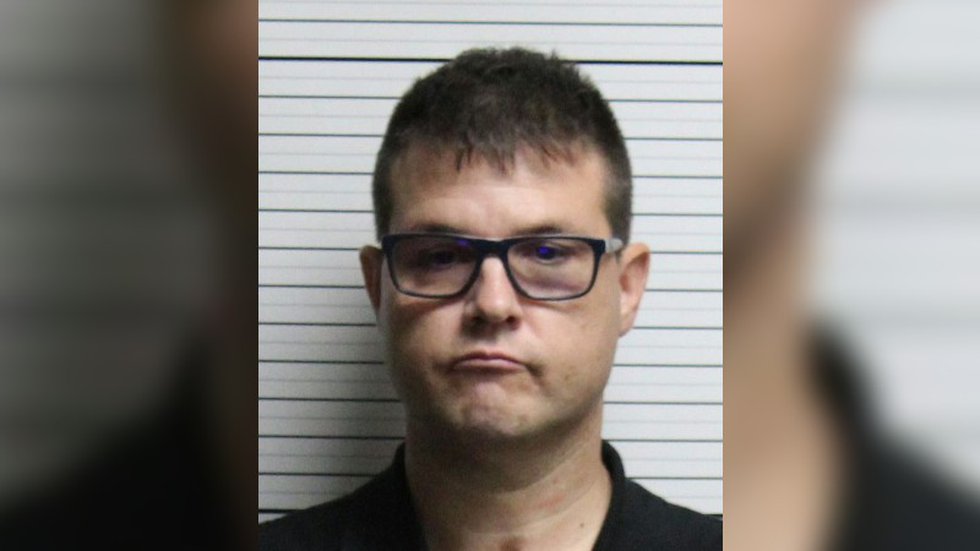 NAVASSA, NC (WECT) – A troubling story that first came to light over the summer has become of much more concern this week, after a grand jury indicted a Navassa town volunteer over six others counts of posing as a police officer.

Eric Cinotti was first arrested for posing as a cop in July, after allegedly showing up in a Navassa police vehicle to an emergency medical call in Leland, wearing a bulletproof vest , a badge and a gun. He is not a sworn police officer in North Carolina.

Evidence uncovered after his arrest in July led to a new batch of felony charges on Monday. Authorities said in addition to showing up uninvited on an emergency call to a nearby jurisdiction, Cinotti carried out roadside checks, stopped cars on the highway using blue light of a Navassa police SUV. He had also been recorded traveling at 107 miles per hour under the guise of law enforcement.

The latest criminal charges have renewed the urgency for clear answers to questions that Navassa town officials had yet to ask: Was Cinotti a paid employee of the town, and who gave him permission to use a police vehicle and equipment? On Thursday, WECT got answers.

After failing to receive a response to an email asking these questions again on Wednesday, a WECT press team visited Navassa town hall in person. The building was locked, but a staff member showed up at the front door, explaining that the building was closed “due to COVID-19”. Still, they allowed the reporter and photographer to sit in the lobby while they went to find city administrator Claudia Bray.

Bray declined to speak to WECT, relaying through a receptionist that she was in the middle of an “all day audit” that would also run all day Friday. Explaining the need for answers that were in the public domain, a reporter explained that the WECT team would stay at town hall until someone could help them.

WECT was able to briefly have Mayor Eulis Willis on the phone while waiting in the lobby. He said, to his knowledge, Cinotti never worked as a paid employee for the city, nor was he a volunteer. He declined to answer how Cinotti managed to get a polo shirt with the town of Navassa logo on it that he was seen wearing during the emergency call to Leland, or how he gained access to a vehicle from police. Despite numerous criminal charges, Cinotti was not charged with stealing a police vehicle, so presumably someone gave him permission to use it.

But the mayor added that WECT should speak to Bray to get more definitive answers. When told that Bray was not available for the rest of the week and asked if he could facilitate a brief meeting, Willis replied that “she doesn’t work for me”.

When asked for details of who she worked for, he replied: “city council”.

“Are you not the mayor?” WECT asked. To which Willis replied that his role with the city was limited, but conceded that he was a voting member of city council, before ending the call.

â€œI don’t mean to be rude. I’m trying to end this call. I’m a little busy to be frank with you, â€said Willis.

Shortly thereafter, City Attorney Norwood Blanchard returned the WECT appeal. He said that to his knowledge Cinotti was never on the city’s payroll, but volunteered his time in some capacity. Blanchard said the exact nature of the volunteer duties he arranged with former acting Navassa Police Chief Stephen Conrad was unclear. But Blanchard was convinced that Cinotti had never been allowed by anyone with the city to carry out traffic checks.

Conrad resigned as interim chief of the town of Navassa on July 26, just days after Cinotti was first arrested for posing as a police officer. After months of trying to reach him without success, WECT obtained a phone number for Conrad on Thursday. He answered the phone, but hung up as soon as a reporter identified himself. Conrad only spent six weeks with the Navassa Police Department. He went to work there after being fired from the Brunswick County Sheriff’s Office in June 2020 at “the will of the sheriff.”

With Conrad’s resignation, the town of Navassa found itself without a police force in its police department. District Attorney Jon David and Brunswick County Sheriff John Ingram met with city officials over the summer, telling them it was a matter of public safety whether to hire new officers or contract with the Brunswick County Sheriff’s Office to provide dedicated patrols to the city. Months later, Navassa has yet to take any action on the suggestion, despite being warned that the matter is urgent.

â€œThe appearance of a police department is worse than not having one at all. Because to some extent it creates expectations in the minds of the community that we have there something that simply [isnâ€™t]District Attorney Jon David told Mayor Willis and two other city council members who attended the July meeting.

A story of officers in difficulty

Problems with people linked to the Navassa Police Department are not new. In 2010, Navassa Police Officer Jaymin Lenwood Murphy pleaded guilty to raping two underage girls, one of whom was a 14-year-old crime victim who had come to Murphy for sex. ‘aid. He force 14 year old teenager to have sex with him, on the pretext that it was part of the criminal investigation to determine if she was a virgin. Murphy used a city-issued cell phone to register himself having sex with the victim.

In 2017, a Navassa police corporal was arrested for filing a false police report, accused of staging a crime scene to give the impression that he had been shot in the exercise of its functions. Thomas Cutler, 24, spent a day in prison for the staging of the shooting.

Navassa Police Chief Ricky Thorpe resigned in 2008 after being arrested for impaired driving. Soldiers reported Thorpe had a blood alcohol level of 0.27 after being involved in a collision.

After being fired from the Leland Police Department in 2012, Officer John Blasingame was able to secure a job in the force of the Navassa Police Department. He was then arrested for drug trafficking and embezzlement after leaving their department.

And Mayor Eulis Willis, who currently serves as the acting administrative chief of the Navassa town police, has also been arrested previously. He was charged with impaired driving in 2011. Police officers in Navassa said they saw the mayor’s truck speed up and cross the center line, and called the State Highway Patrol for assistance with the arrest because Willis was the ruler of the city.