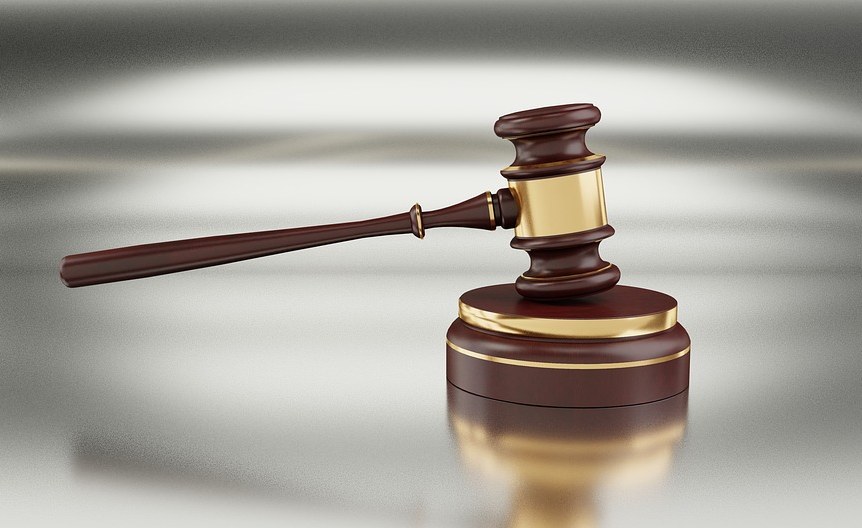 On June 18, after three months of deliberation, the judges of the Federal Criminal Court of Bellinzona found former Liberian warlord Alieu Kosiah guilty of war crimes in the first trial of universal jurisdiction to be held in Switzerland. He was sentenced to 20 years in prison and will be deported from Switzerland for 15 years after serving his sentence.

The suspense did not last long in the corridors of the Federal Criminal Court of Bellinzona (south-eastern Switzerland). Within minutes of the clerk starting to read the verdict, the die was cast. Alieu Kosiah was found guilty of 21 of the 25 charges brought against him and sentenced to 20 years in prison, the maximum penalty provided for by the Swiss penal code, less the 2,413 days (more than six and a half years) that he has been pre-remanded. The judges also sentenced him to 15 years of expulsion from Swiss territory after his release from prison.

The judgment comes after five years of investigation and an indictment of more than 40 pages. About 20 witnesses and complainants mostly from Liberia appeared for almost four weeks. The case was led by Geneva-based NGO Civitas Maxima, which provided most of the prosecution evidence. Investigators from the Swiss Attorney General’s Office were unable to visit Liberia due to lack of agreement with the country’s authorities.

After a brief summary of the facts, the president of the tribunal Jean-Luc Bacher began to read the reasoning of the tribunal. It had not yet been published at the time of writing, but Justice Info cross-checked the notes of the lawyers present at the hearing on Friday to reconstruct the substance.

Sometimes lyrical and quoting the Greek philosopher Aristotle, the president of the court Bacher underlined the historical character of this first trial in Switzerland of universal jurisdiction. The presiding judge recalled how the militias inflicted “hell” on civilians during the first Liberian civil war, which left at least 150,000 dead. The actions of these groups were arbitrary and “profoundly unjust,” he said.

After a brief chronology of the war, the judge described Kosiah’s journey, first during the Civil War and then during his 20 years in Switzerland, where he worked as a repairman before receiving social assistance. Then came the verdict. The court found that the former warlord ordered or committed 19 murders, organized several forcible transfers of people, tortured seven people and committed rape. The president pointed out Kosiah’s lack of repentance or remorse.

In the absence of material evidence on the events of 30 years ago, the Swiss judges relied on testimony. The court had to weigh the credibility of the victim impact statements against those of the accused and his defense witnesses. But that seemed to have no doubts given that – in the words of the presiding judge – Kosiah displayed “cynicism and arrogance” during the trial and even at times “hostility” towards witnesses. The court also accused him of “adapting his story as the proceedings progress”. Denying all the charges, Kosiah reiterated that he was not there at the time of the incident. This explanation was “not very credible in the eyes of the court”, which questioned the honesty of defense witnesses and their testimony “obviously prepared and oriented”. Another element that did not convince the judges was Kosiah’s claim that he never witnessed any of the crimes committed by his movement, the United Liberation Movement of Liberia (ULIMO), including violence is well documented.

Finally, the judges rejected the conspiracy theory put forward by Kosiah and his lawyer that Civitas Maxima and his Liberian counterpart Global Justice and Research Project (GJRP) had manipulated witnesses. Claiming that they had “no reason to believe that there had been collusion between the lawyers and NGOs on the one hand and the plaintiffs on the other,” the judges noted that despite the contradictions in the initial complaints of the plaintiffs, these were “resolved” by their explanations on the bar during the trial. Kosiah was also ordered to pay more than CHF 50,000 in civil damages to seven Liberian plaintiffs who brought civil proceedings.

Presiding Judge Bacher said it was normal for some memories to fade after 25 years and for the court to trust the victims’ testimony despite some minor contradictions in court. He also wished to underline the exceptional precision of the memory of witness E. Indeed, this professor of mathematics astonished the court by counting with precision the number of people present in the room during his testimony. Contacted by Justice Info after the verdict, the teacher replied in his sober and precise manner: “I was very impressed with the work of the court. I wanted to testify because I wanted justice and I got it. I am satisfied.”

Alain Werner, director of Civitas Maxima and lawyer for several plaintiffs, is also satisfied. Contacted after the verdict, he claimed to have been “slandered by Alieu Kosiah since the start of the proceedings”. â€œFor seven years he accused us of all kinds of wrongs and filed numerous criminal complaints against the plaintiffs. Today’s ruling shows that the court believed in the good faith of Kosiah’s victims. It is a huge victory for justice and against impunity in Liberia. Liberian journalist Anthony Stephens, who came to cover the trial during the February hearings, agrees. “This decision comes at a historic moment for the victims,” â€‹â€‹he said. “It comes just before the Liberian Bar Association started a march on parliament demanding a war crimes law.”

Get the latest African news straight to your inbox

We need to confirm your email address.

To complete the process, please follow the instructions in the email we just sent you.


There was a problem processing your submission. Please try again later.

Defense lawyer Dimitri Gianoli has announced he will appeal. “The Federal Criminal Court has clearly come under political and media pressure and has unfortunately been unable to deliver justice,” he said. “He dismissed without cause many demonstrations during the debates on the inconsistencies of the prosecution case, the lack of credibility of the plaintiffs, their multiple contradictions and even their lies.” Kosiah remains convinced that Civitas Maxima “twisted the events and the history of the first civil war in Liberia to make it a business”, according to Gianoli, who said his client “would continue his fight for the justice to which he is the right can be done. “