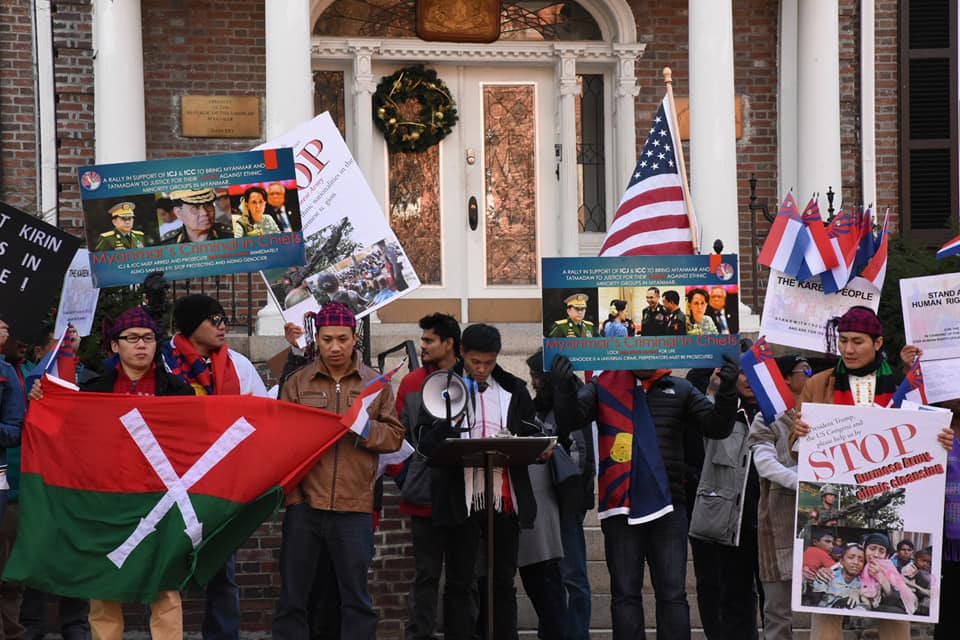 The Karen Human Rights Group (KHRG) issued a statement on December 20, calling on the international community to exert more pressure in three pending cases against the perpetrators of genocide and mass atrocities against the Rohingya people: the case of genocide brought before the International Court of Justice (ICJ), the investigation into forced eviction before the International Criminal Court (ICC) and the most recent case of universal jurisdiction in Argentina.

The group’s statement explained that â€œthe Karen people have long suffered the types of atrocities that the Rohingya have faced at the hands of the Burma / Myanmar military. We hope that these cases will bring justice and accountability, and end the long-standing impunity of the military in Burma / Myanmar for systematic and widespread human rights violations.

KHRG said these three proceedings provide an opportunity for perpetrators of crimes against humanity and gross human rights violations in Burma / Myanmar to finally be brought to justice. KHRG noted that bringing such cases to justice at the national level is almost impossible. The KHRG pointed out that Myanmar’s legal and judicial system is not independent and, in many cases, incompetent – mainly used to sanction the military imprisonment of its opponents.

The KHRG said past acts of violence by the Burmese military junta and human rights abuses of the Rohingya and other ethnic minorities continue to this day. KHRG stressed that there are now many opportunities to end military impunity, if the international community acts.

The KHRG said there was no investigation into the violations and crimes committed by the military against other ethnic minorities, that justice for these crimes will continue and will depend very much on the outcome of the Rohingya affair.

KHRG urged the international community to work with Canada and the Netherlands through the ICJ to bring justice to the victims and end the cycle of military violence.

Civil society groups and the KHRG have called for humanitarian aid to be made available to the Burmese people currently facing atrocities. Civil society groups have also called on the UN and international organizations to recognize the military and its coup as illegal and to impose arms embargoes on the state’s board of directors.

The Karen Human Rights Group is an independent organization that documents and reports on human rights violations suffered by the people of southeastern Burma.


Views of the publication:
93