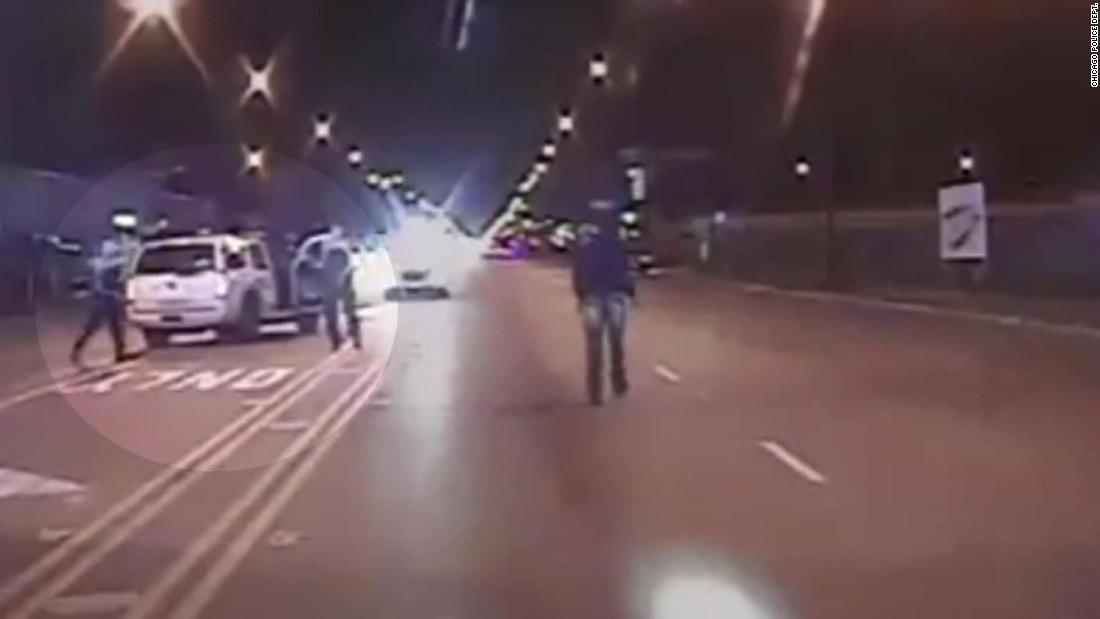 The officer was sentenced in 2019 to almost seven years in prison for killing the black teenager.

“October 20, 2014 will always be the worst day of my life,” Van Dyke read in a written statement during his 2019 sentencing hearing, referring to the day he shot McDonald’s 16 times. “It is because of my actions that the McDonald family has suffered,” he continued.

Van Dyke is now released after just over three years, which is linked to good behavior in prison. Although it was less than half of his original sentence, it was widely expected.

“When I think back to my reaction in 2019 when this sentence was handed down, (it was) wow,” McMahon told CNN. “He’s going to come out pretty quickly.”

At the time, McMahon asked Van Dyke to serve 18 to 20 years.

“I understand that the sentence that was handed down is less than a lot of people wanted. It’s less than what I asked for, it’s less than I thought was appropriate,” McMahon told CNN. .

However, he added, “It was a successful prosecution. It is incredibly rare for a police officer in any jurisdiction – especially here in Chicago – to be charged, convicted and sentenced to prison for murder. That’s the message.”

It’s a sentiment shared even by some members of the McDonald’s family.

The Reverend Marvin Hunter, McDonald’s great-uncle, told CNN: “We never asked for revenge, we asked for justice. And in the case of Jason Van Dyke, we believe we got justice, because he was prosecuted for the crime he committed. He didn’t do the time we thought he should have, but he was prosecuted.”

Many have called on Van Dyke to face federal charges after serving his state sentence. They include the NAACP, some members of the McDonald family, and even U.S. Representative Bobby Rush, who represents much of Chicago’s South Side.

“That sentence was a slap on the wrist,” Rush told CNN.

“Justice hasn’t really been served. And so there’s no comfort, there’s no relaxation. There’s no sense of ‘well, let’s move on’, because we cannot move forward,” he said. “I can’t rest comfortably until I’ve exhausted all means.”

The NAACP even wrote a letter to Attorney General Merrick Garland days before Van Dyke’s release asking him to “provide your commitment to move forward with the appropriate and applicable federal charges.”

A Justice Department spokesperson acknowledged receiving the letter, along with a similar letter from two U.S. senators from Illinois, Dick Durbin and Tammy Duckworth, and said the department was reviewing the information.

However, not everyone wants federal charges for Van Dyke, including members of McDonald’s own family.

“A lot of these things that you see happening, it’s not about Laquan McDonald, it’s not about criminal justice reform, it’s about Cash Apps and Zelles,” said Hunter told CNN.

For starters, he said he thinks some people who bring up the McDonald’s name are more concerned with themselves than reforming the system. Second, he said he was concerned about the implications of collecting federal royalties in this particular situation.

“If they succeed in getting Mr. Van Dyke charged federally,” he said, “it will set a precedent in this country for the hundreds and thousands of black men who are still in prison, some of whom are innocent, that whenever they serve their time…they could use it to go after them and keep them there.”

Separately, McMahon told CNN that the lawsuit investigation was a joint state and federal undertaking.

“We worked closely with the U.S. Attorney’s Office for the Northern District of Illinois to identify witnesses, collect evidence, and document testimonies and statements from eyewitnesses and other police officers. This work was critical,” did he declare. “While I understand there may be separate lawsuits brought by different sovereigns, the state case that was brought against Jason Van Dyke was truly a significant joint venture between the State of Illinois and the federal government.”

CNN contacted the U.S. Attorney’s Office for the Northern District of Illinois about any involvement in the investigation it linked to the state’s lawsuit, but did not hear back.

No video, no condemnation

Critical dash cam video in the McDonald case was not made public for more than a year after Van Dyke shot and killed the 17-year-old.

The vast majority of the protests that followed focused on what was deemed by the city’s inspector general to be an elaborate cover-up.

Police first claimed McDonald had pointed a knife at Van Dyke during the October 2014 incident. Police dash cam video, however, showed something completely different: McDonald was walking away of Van Dyke, his back turned, before being shot 16 times.

“Do you think you would have been sentenced here if it weren’t for the existence of this dashcam video?” CNN’s Omar Jimenez asked McMahon, to which he replied “No”.

“The narrative would have been dictated and controlled, really, by members of the Chicago Police Department,” McMahon said. “Their attempts to really control the narrative of what Jason Van Dyke did and how it was so different from what he actually did – I think that backfired.”

Hunter described what happened that night as a modern-day lynching.

While the critical video horribly showed what happened, it also showed what didn’t happen.

“After Laquan was shot 16 times,” McMahon said, “he was left for dead in the middle of the street. And there were at least a dozen members of the Chicago Police Department standing there and not only one policeman was rendered help.”

This dynamic is part of what has expanded Hunter’s reach.

Hunter said he felt the sentence was not strong enough and did not take into account the full extent of McDonald’s suffering.

“They reduced this boy to a second class citizen saying that no matter what happened to him and how he suffered, we are not going to take his suffering into consideration. We are just going to create a sentence in which you all go be satisfied because he’s going to prison. And all of you (on the other side of the question) will be satisfied because he didn’t spend his life in prison,” Hunter said.

“That’s not how the justice system in this country was designed. If you’re wrong, you should pay for what you did.”