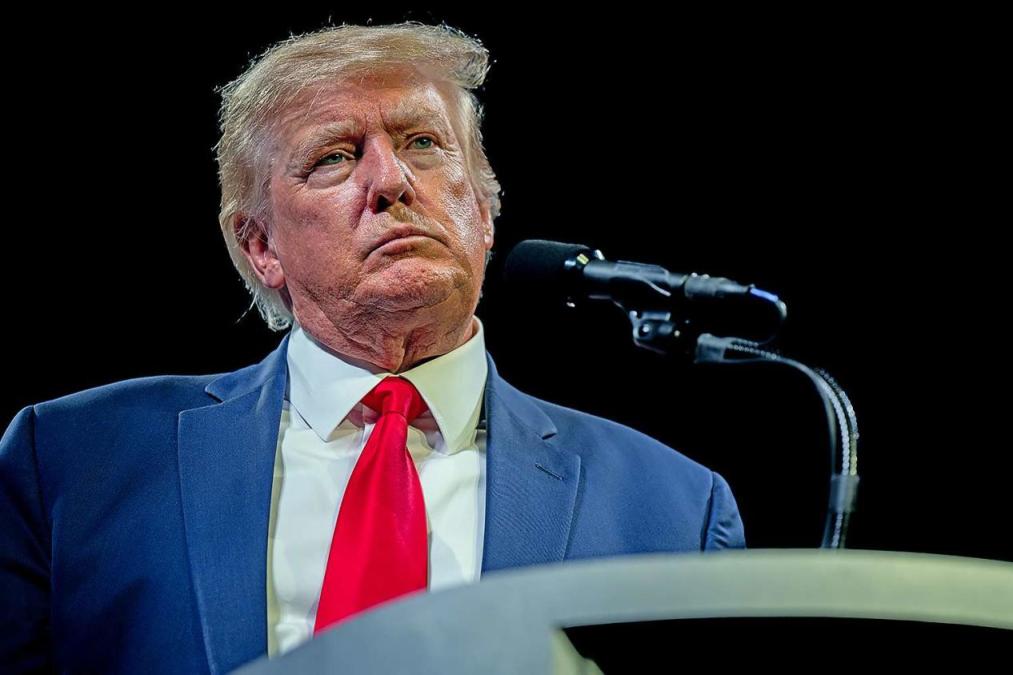 More allegations surface over Donald Trump’s criticism of wounded warriors, with a new report from the new yorker detailing how the former president wanted to hold a big military parade while in office – but he didn’t want disabled veterans to appear.

“Look, I don’t want any injuries in the parade,” Trump told his own generals when discussing the idea of ​​a July 4 military parade, according to The New Yorker. “That doesn’t look good to me.”

The outlet reports that Trump was inspired to hold his own military parade after seeing one in Paris, to commemorate the 100th anniversary of America’s entry into World War I. But Trump, the new yorker alleges, “explained with disgust that at the July 14 parade there were several formations of wounded veterans, including soldiers in wheelchairs who had lost limbs in battle”.

His then-chief of staff, John Kelly – whose own son, Robert, was killed in action while serving in Afghanistan – told Trump that these soldiers “are the heroes” and that ” in our society, there is only one group of people who are more heroic than they are – and they are buried in Arlington.”

“I don’t want it,” Trump reportedly replied, reiterating, “It doesn’t suit me.”

RELATED: Dick Cheney Says Trump Is a ‘Threat to Our Republic’ in Video Supporting His Daughter Liz’s Reelection

The parade never happened – a fact that probably didn’t disappoint the generals, who the outlet said weren’t keen on the idea in the first place. Atlantic reports that Trump Defense Secretary James Mattis said, “I’d rather swallow acid,” when the idea was first floated.

Elsewhere in the article, the new yorker details how Trump soured on his own generals, loudly complaining to Kelly at one point: “You f—— generals, why can’t you be like the German generals?” He then clarified: “German generals in World War II.”

Pressed by Kelly, Trump reportedly said that these generals “were totally loyal to [Hitler]”, alluding to his desire for loyalty – not to the country, but to himself.

Trump himself didn’t dispute his distaste for some of his own generals, offering a statement at the outlet saying, “They were people with no talent and once I realized that, I didn’t leaned on them, I leaned on the real generals and admirals within the system.”

Reports of Trump mocking those injured in the war have been circulating for years. In 2017, Politico and Axios co-founder Mike Allen reported that the president had “physically mocked” Vietnam veteran John McCain.

McCain, who died in 2018, suffered from lifelong injuries sustained during his time as a POW and could not raise his arms above his shoulders.

In 2020, a report of The Atlantic went into more detail about Trump’s criticism of injured veterans, alleging he called US soldiers ‘losers’ and ‘suckers’ during a 2018 trip to Paris when he had canceled a visit to the Aisne-Marne American Cemetery.

The Atlantic reported that Trump “rejected the idea of ​​the visit because he feared his hair would be disheveled in the rain and because he didn’t believe it was important to honor America’s war dead, according to four people with direct knowledge of the discussion that day.”

“Why should I go to this graveyard? It’s full of losers,” Trump reportedly told senior staff the morning the trip was to take place.

Never miss a story – subscribe to Free PEOPLE Daily Newsletter to stay up to date on the best that PEOPLE has to offer.

Trump has since denied the story, calling it a “shame” and saying the Secret Service wouldn’t let him go to the cemetery due to the rainy weather.

Atlantic report also saved the new yorkerof the report concerning the planned military parade. According AtlanticTrump said during a 2018 White House planning meeting for the military parade that he didn’t want injured veterans included because “nobody wants to see that.”