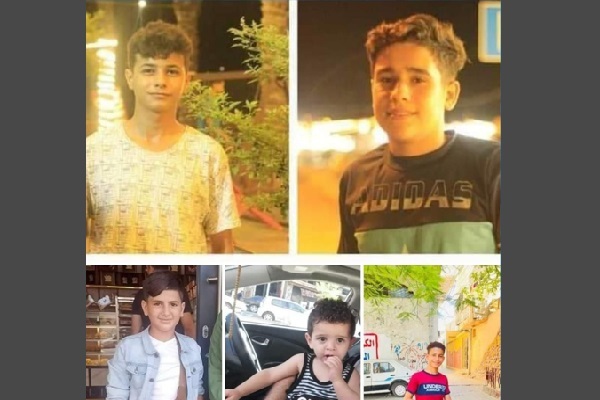 The regime launched a wave of airstrikes on Gaza on August 5 that lasted three days before an Egyptian-brokered ceasefire took effect.

The death toll from the airstrikes rose to 49, including 17 children and more than a dozen Islamic Jihad operatives. Hundreds of others were also injured.

Five children were killed on the last day of recent hostilities, after an airstrike in Al-Faluja cemetery east of Jabalya

Immediately after their deaths, citing unofficial assessments, several Israeli officials claimed that the five were most likely killed by a failed Islamic Jihad rocket.

However, according to a report published Tuesday by the Israeli newspaper Haaretz, the army confirmed that the children in Gaza had been killed by an Israeli airstrike.

In response to Israel’s assault on Gaza, Islamic Jihad fired hundreds of rockets during the conflagration.

A day after the ceasefire, Israeli forces killed three Palestinians and injured dozens in a shootout that erupted during an arrest raid in the West Bank city of Nablus.

According to the Al-Mezan Center for Human Rights, Israeli attacks against Palestinians were systematic and deliberate and part of Israel’s strategy of using disproportionate and excessive force against civilians.

Five wars have been started between Israel and Palestinian resistance groups in Gaza since 2008. The regime uses US-made warplanes and weapons to strike targets in the densely populated area.

Human rights organizations say that, based on the jurisdiction of the International Criminal Court, it is more than clear that Israel committed war crimes in its attacks on Gaza.

3 bad credit loans to avoid at all costs