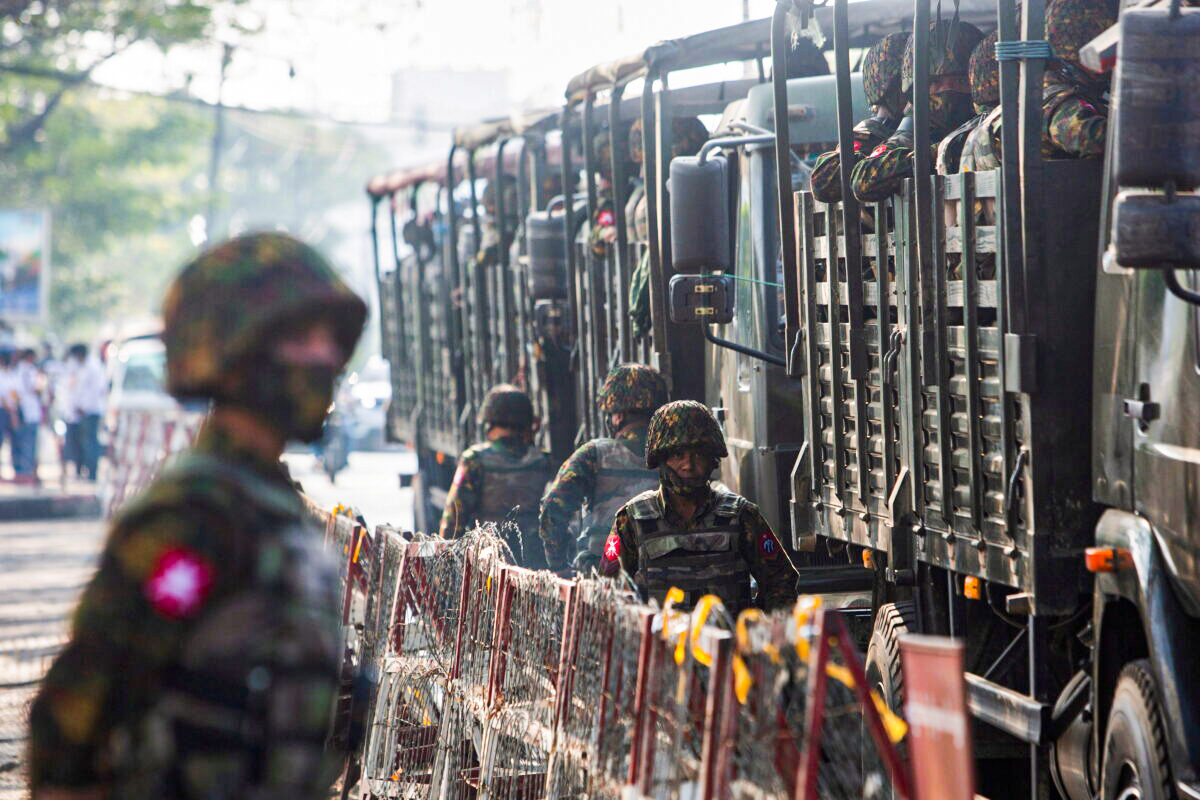 The four men were executed for committing “violent and inhumane acts of terrorism”, the junta’s information ministry said in a statement on Sunday. These are the first executions carried out by Burma in decades.

The ministry said the executions were carried out in accordance with “relevant provisions of the Anti-Terrorism Law”, but did not specify where or when they took place.

The junta also executed Hla Myo Aung and Aung Thura Zaw for allegedly killing a military junta informant in Yangon. All were convicted of terrorism after closed trials in January and April.

An act of “total cruelty”

Human rights groups have been outraged by the junta’s executions of the four, saying they were sentenced to death without the right of appeal or a lawyer.

Elaine Pearson, acting Asia director at Human Rights Watch (HRW), called on the international community to demand immediate action, including the release of all political detainees in Burma (also known as Myanmar), and to hold the military regime accountable for its atrocities. .

“The execution of four men by the Burmese junta was an act of utter cruelty,” Pearson said in a statement. “These executions, including that of activist Ko Jimmy and opposition MP Phyo Zeya Thaw, followed extremely unfair and politically motivated military trials.”

“The junta’s barbarity and its callous disregard for human life is intended to chill the anti-coup protest movement. European Union member states, the United States and other governments should show the junta that there will be a trial for its crimes,” she added.

UN special envoy Tom Andrews has condemned the junta’s executions of democracy activists and urged UN member states to take action against the “widespread and systematic killings of protesters” and executions of militants by the junta.

“I am outraged and devastated by the news of the execution by the junta of Myanmar patriots and human rights and democracy advocates,” Andrews said. in a tweet.

According to the Association for Assistance to Political Prisoners (AAPP), the junta did not inform the families of each convicted person of the status of the military tribunal, the location of the trials and the nature of the trial.

“The execution announcement openly mocked the world’s efforts to abolish capital punishment. This calculated act uses political prisoners as hostages, to threaten a population resisting the military coup,” the AAPP said in a June statement.

The military junta toppled the elected NLD party in February 2021, triggering widespread anti-coup protests in Burma. At least 1,600 people have been killed and more than 12,500 people have been detained since the army took over, according to a March UN report.

On July 22, the International Court of Justice (ICJ) dismissed all of Burma’s preliminary objections to a case alleging the military-ruled nation had committed genocide against the Rohingya ethnic minority.

The West African country, The Gambia, filed a lawsuit in November 2019, alleging that Burma had committed acts of genocide against the minority to “destroy the Rohingya group in whole or in part”.

The Burmese government raised four preliminary objections to challenge the jurisdiction of the tribunal and the admissibility of the petition, stating that The Gambia lacked standing to bring the case before the ICJ.

Tribunal unanimously dismissed three of Burma’s objections (pdf) and one objection by a 15-to-1 majority. ICJ President Joan Donoghue says tribunal has jurisdiction to hear case and that The Gambia’s request was “admissible”.

The tribunal, dismissing Burma’s preliminary objections, may allow the case to proceed to hearing on the merits.