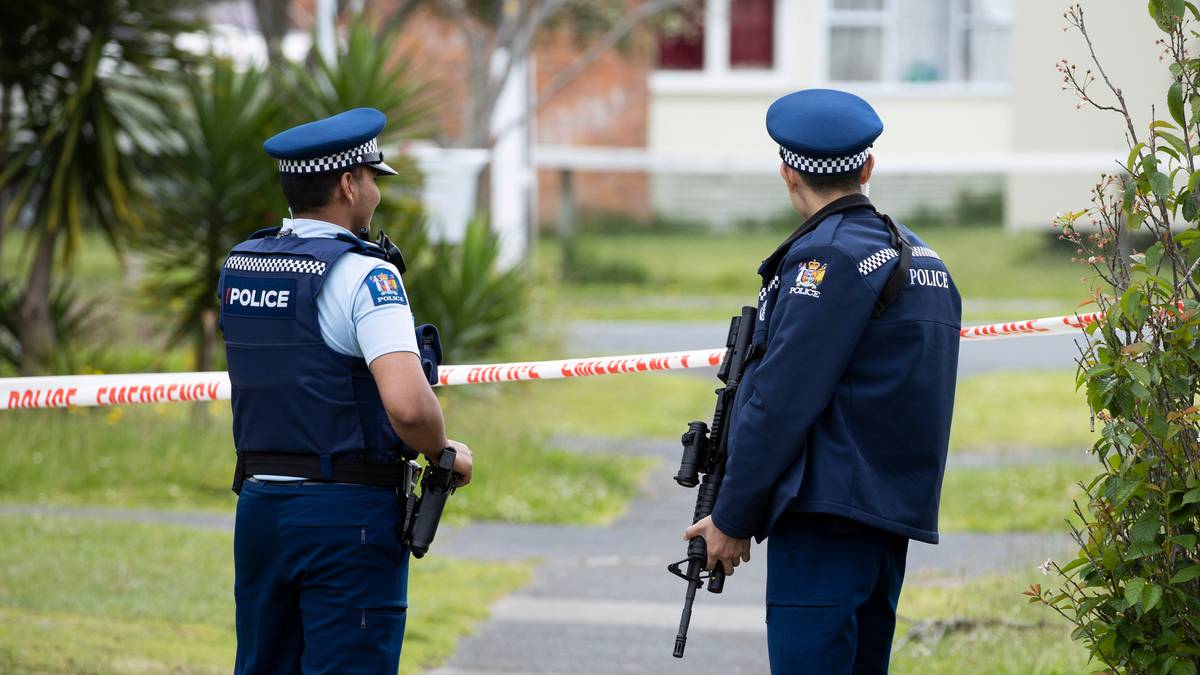 A West Auckland cop who recently left the force says gun violence is becoming the ‘norm’ and some officers’ anxiety is ‘skyrocketing’.

The former officer, who was only with the force for four years, told the Herald’s In the Loop podcast that “gun jobs” had increased during his time in the field, but calls for family were their daily “bread and butter”.

“Gun violence was very prevalent in West Auckland…it’s starting to become the norm,” he said.

“You sometimes feel in danger.”

Earlier this year, the Herald revealed that police in the line of duty had discovered more than 10,000 firearms in the past three years. This data showed that the police owned an average of about 10 firearms per day.

The 25-year-old said that when he was an officer it was scary to know that one day he might be at an incident where there was a gun.

“It goes hand in hand with gangs, instead of being an affair or a fight in the street, it’s now someone brought a gun.”

The former officer was working the day Constable Matthew Hunt was tragically shot dead by a gang member during a routine traffic stop in West Auckland in June 2020.

Hunt’s murder shocked the nation. The 28-year-old was the first time a New Zealand officer had died in the line of duty since 2009.

In the aftermath, the man’s station was rocked “dramatically” and that left many people unable to get to work.

“No one had been to anything like that. It was really hard to watch the station go empty. We weren’t sure if it was just a one-off or something we just had to get used to.

“My anxiety was on the rise, the pressure was on,” he said.

The former cop, pro-general arming, left the front line shortly after Hunt’s death to work in the Family Offenses Unit before deciding to quit the force.

He said the pressures of being a young officer as well as the growing number of high profile jobs were among the reasons he left the force.

He said the police didn’t want to shoot because it was ‘awful’ to fire even one shot, but said: ‘I find it difficult to criticize the person or the police who shoot when they don’t know all the facts, and neither have you been in that situation where you’re being handed a knife or a gun.

“They don’t know what that situation looks like when you’re in a hallway and there are bullets attacking you.”

The former officer said the police did not shoot to kill, but to incapacitate.

A police report last year after Hunt’s death noted that evidence indicated that routine arming of police could increase public safety risks and the number of people shot, rather than improve police and public safety.

“It is inconclusive as to whether this would make our staff safer,” the report said.

Last year, a biennial NielsenIQ survey of nearly 6,000 Police Association members found 73% support for general arming of the police, the highest level in a decade.

Police Association President Chris Cahill echoed those numbers, but admitted that arming police would come with risks and would require considerable increased training.

An RNZ survey this year found New Zealand police are killing 11 times the rate of police in England and Wales.

RNZ reported that most of those shot by police are Maori, reflecting the fact that police use of all types of force – including firearms, tasers and batons – is directed disproportionately against young Maori men.

Maori men between the ages of 17 and 40 made up just 3% of New Zealand’s population but accounted for 34% of police use of force incidents, he said.

This report says that New Zealand police have killed 39 people since 1990, while police in England and Wales have killed 77 people during this period – twice as many as in New Zealand but in a population more than 10 times greater than ours.

Cahill said these statistics cannot be ignored, but the underlying cause must be examined.

“I can think of two big differences from other jurisdictions. One is that the police are generally unarmed, a lot of offenders are surprised when they confront a police officer with a gun. In Australia you know a cop has a gun on their hip, so you’re much less likely to approach a cop in a situation that might get you shot.”

“The second issue is the prevalence of guns and the availability of guns in New Zealand. We have been compared to the UK on the number of police shootings, but the reality in the UK is that it is incredibly hard to get a gun.”

• In the Loop is available on iHeartRadio, Apple Podcasts, Spotify or wherever you get your podcasts. New episodes are released every Friday morning.

• You can find more New Zealand Herald podcasts at nzherald.co.nz/podcasts or iHeartRadio.