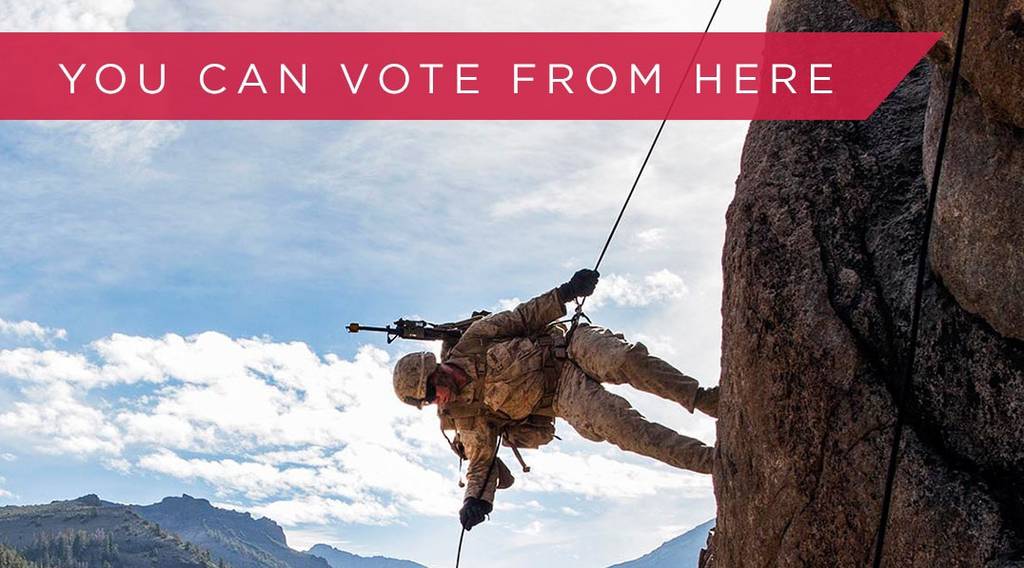 With just two months left until the Nov. 8 midterm general election, it’s time for absentee military voters to make sure they’re on track to receive and return their ballots to time for it to be counted.

If you have any doubts about the importance of your mail-in ballot, consider the 2020 election.

There are many resources to help you understand how to vote by mail, whether you are a military member or family member stationed overseas or in the United States and away from your local voting jurisdiction.

Officials with the Department of Defense’s Federal Voting Assistance Program told Military Times that they have seen a slight increase in downloads of the Federal Postcard Application, or FPCA, and ballot by federal correspondence, or FWAB, compared to most recent midterm elections in 2018.

So far, they’ve seen expected traffic to FVAP.gov and their voting assistance resources at 1-800-438-8683 and [email protected] Detailed information is available on how to locate your local electoral jurisdiction, individual state deadlines, and other requirements.

And again this year, military personnel and eligible family members living overseas can use free expedited mail service, by using the 11-DoD Seal at their military post office. Voters can track the return of their ballot to the delivery point at their election office.

Absentee military voters can use the Federal Postcard Application, or FPCA, to both register to vote and simultaneously request their absentee ballot from their local electoral jurisdiction. Some states allow voters to submit their FPCA electronically.

Do not assume that you will automatically receive an absentee ballot if you have voted by absentee ballot in previous years. FVAP officials encourage military voters to send in the FPCA annually and when they relocate.

However, officials encourage the use of the FPCA among absentee military voters and U.S. citizens living overseas. Returned ballots requested using the FPCA were counted at a higher percentage than ballots requested through state requests, according to an analysis of the 2020 general election conducted by FVAP.

Absentee military voters, whether they vote from overseas or from another location in the United States when away from their voting location, have certain protections under federal law. The Uniformed and Overseas Citizens Absentee Voting Act, commonly referred to as UOCAVA, applies to service members and eligible family members who are away from their voting location, as well as U.S. citizens living abroad.

Among other provisions, the law requires states to send absentee ballots to UOCAVA voters at least 45 days before federal elections. Starting the weekend of September 24, 45 days before November 8, “we recommend that voters return the ballot as soon as possible to ensure it has time to reach the electoral office before the state deadline,” officials said.

It also matters for other reasons. According to FVAP analysis of the 2020 general election, the closer a ballot is to Election Day, the more likely it is to be thrown out. The voter’s knowledge of state requirements, including deadlines and signature requirements, reduces the likelihood of the ballot being rejected near Election Day – when there isn’t much time to solve problems.

For those in a situation where they may not be able to get their ballot by mail or electronically, voters should use the Federal Absentee Ballot, or FWAB, which functions as a ballot rescue. If your state ballot arrives after the FWAB is mailed, you can still complete and mail the FWAB; only one will be counted, FVAP officials said.

Your voting residence is in your state of legal residence or domicile. This is the address you consider your permanent home and where you had a physical presence, and for service members, and is usually the same address listed on your leave and earnings statement.

Some resources for voters:

*Check your registration and voting status on your state’s website at https://www.fvap.gov/links#verification

* Add election dates and reminders to your mobile calendar at https://www.fvap.gov/calendar-alerts

Karen has covered military families, quality of life and consumer issues for Military Times for over 30 years, and co-authored a chapter on media coverage of military families in the book “A Battle Plan for Supporting Military Families”. She previously worked for newspapers in Guam, Norfolk, Jacksonville, Florida and Athens, Georgia.