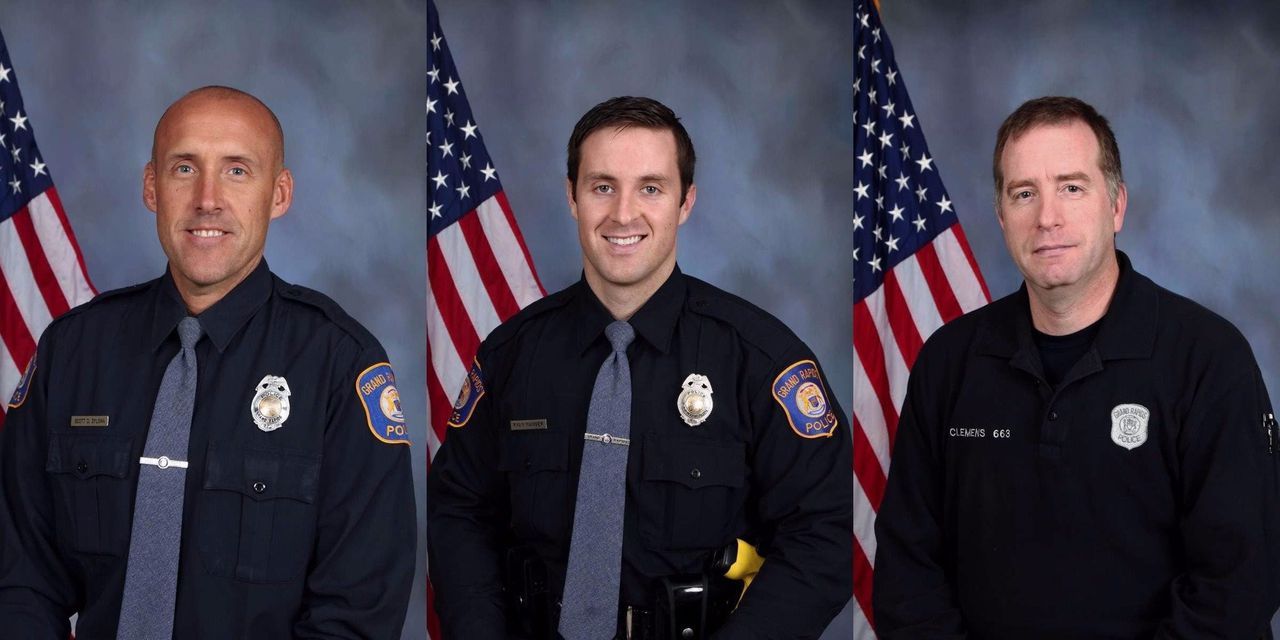 GRPD Officers of the Year.jpeg

Officer Scott Bylsma, Officer Ryan Manser and Civilian Employee Daryl Clemens were all selected as 2016 Officers of the Year for the Grand Rapids Police Department.

GRAND RAPIDS, MI — The Grand Rapids Police Department has selected its 2016 Police and Civilian Employees of the Year.

The civilian employee and two police officers will be honored at the department’s 34th annual awards dinner on Monday, March 20.

This year is the first that the department honors two officers, one from its operations division and one from the administrative and investigative services division.

From the second division is officer Scott Bylsma. Bylsma is from Grand Rapids and has worked in the department since 1997.

He worked on many different shifts within the department, starting as a second watch patrol officer, then moving to the detective unit, then back to patrol. He moved on to the Special Response Team, but was later transferred to the Traffic Unit after undergoing surgery.

Bylsma is currently the Deputy Director of the Property Management Unit and a member and instructor of the Department’s Honor Guard.

During his time with the department, Bylsma earned two Meritorious Unit Citations and a Team Performance Award.

The Operations Division Officer of the Year is Officer Ryan Manser. Manser was hired at the department in 2013 after graduating from Grand Valley State University’s police academy.

He started as a patrol officer and after only a year of experience was selected as a field training officer. In October 2016, Manser was selected to join the Special Response Team.

During his three years with the department, Manser received numerous awards, including a Team Performance Award, an Achievement Award, a Meritorious Unit Citation, five Certificates of Recognition, and 20 Letters of Recognition.

In addition to the two police officers, the police department will also honor a civilian employee of the year. Receiving the accolade for 2016 is Daryl Clemens, a crime scene technician.

Clemens started at the department in 1994 after coming from the Kalamazoo Township Police Department. He has worked as a crime scene technician since joining the department.

In addition to his daily work, Clemens trains other technicians and interns in the department. He is also an instructor at the Criminal Justice Institute in Little Rock, Arkansas.

Clemens is a published author and an editor of the Internet Journal of Forensic Medicine and Technology.

Maintaining the Police: Get to Know Your Civilian Police Review Board