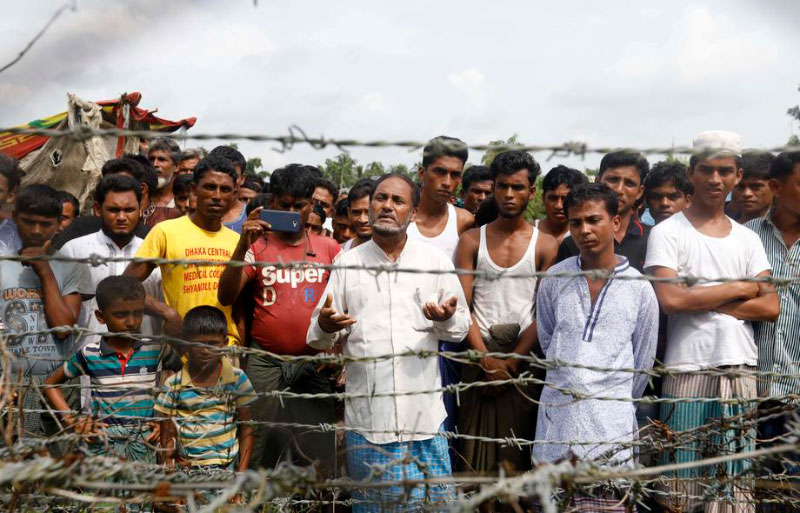 The groups released a Q&A document outlining recent developments in the case, including the impact of the February 1, 2021 military coup in Myanmar, on ICJ proceedings.

The court hearings from February 21-28 relate to the case brought by The Gambia against Myanmar alleging that atrocities committed by the military in Rakhine State against Rohingya Muslims violate the Convention for the Prevention and Punishment of crime of genocide (Genocide Convention).

“The International Court of Justice hearings are the next step in the historic case to break the cycle of violence and impunity in Myanmar,” said Nushin Sarkarati, deputy director of international justice at Human Rights Watch. . “The case could pave the way to justice, not just for the Rohingya, but for everyone in the country.”

In November 2019, The Gambia filed a complaint with the ICJ alleging that Myanmar’s atrocities against the Rohingya in Rakhine State violate various provisions of the Genocide Convention. The case before the ICJ is not a criminal case against individual alleged perpetrators, but a legal determination of state responsibility for genocide.

The ICJ held hearings in December 2019, at Gambia’s request, for interim measures to protect the Rohingya who remained in Myanmar from genocide, which the court unanimously adopted in January 2020. The new hearings will cover on Myanmar’s preliminary objections to the case, challenging the court’s decision. the jurisdiction and legal standing of The Gambia to bring the case.

Court’s interim measures require Myanmar to prevent any acts of genocide against the Rohingya, ensure security forces do not commit acts of genocide and take measures to preserve evidence related to the case. Myanmar is legally bound to comply with this order. However, Human Rights Watch and others have documented serious abuses against the 600,000 Rohingya remaining in Myanmar, in violation of court-ordered interim measures.

Since the February 2001 coup, junta security forces have carried out massacres, torture, sexual violence, arbitrary arrests, and other abuses that Human Rights Watch considers crimes against the humanity. Security forces have killed more than 1,500 people since the coup, including at least 100 children, and arbitrarily detained more than 11,000 activists, politicians, journalists and others. Rohingya have also faced even greater movement restrictions and harsher penalties for trying to leave.

Rakhine State, which constitute the crimes against humanity of persecution, apartheid and severe deprivation of liberty.

In 2019, the government of Myanmar appointed State Counselor Aung San Suu Kyi to lead its delegation to the ICJ. In the 2021 coup, the army arrested Aung San Suu Kyi and a junta-controlled court sentenced her to six years in prison. She still faces more than 150 years in prison combined with various additional fabricated charges. On June 24, 2021, the junta announced that it had appointed a panel of eight senior junta officials to represent Myanmar’s delegation in court.

At the February hearings, representatives from Myanmar and The Gambia will present arguments on whether the ICJ has jurisdiction to consider genocide allegations against Myanmar. The hearings will take place in a hybrid format, with in-person and virtual participants. Live streaming of the hearings will be available in English and French on the Court’s website and on UN Web TV.

While the ICJ case focuses exclusively on alleged crimes against the Rohingya, the military has committed brutal abuses across Myanmar. Following the coup, ethnic groups sought greater solidarity in the pursuit of justice, as atrocities committed by the military against the Rohingyas translated into attacks on civilians across the country. The ICJ case could pave the way for a closer look at long-standing international crimes committed by the Burmese military, Human Rights Watch and the Global Justice Center said.

“As the Myanmar military continues to commit atrocities against anti-coup protesters and ethnic minorities, it should be warned that these actions will have consequences – past, present and future,” said Akila Radhakrishnan , president of the Global Justice Center. . “The ICJ proceedings lay the groundwork for accountability in Myanmar – not just for the Rohingya, but for everyone else who has suffered at the hands of the military.”