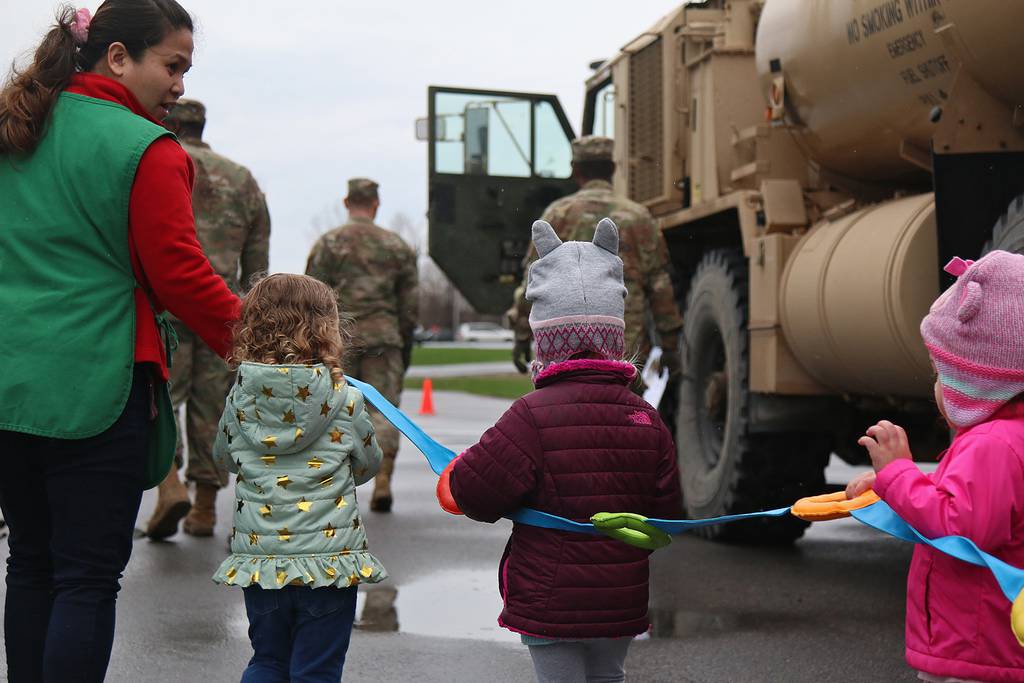 When it comes to screening and testing military children for lead exposure, there’s no one at the helm to make sure it happens, according to a new report from government auditors.

And auditors question the accuracy of the DoD’s report on the number of children who are screened and tested for lead exposure.

In the DoD’s 2021 Report to Congress, officials reported that 30,412 children had been screened for lead exposure; 12,044 children were tested for high blood lead levels; and 83 children had elevated blood lead levels during the eight-month reporting period. But that report was likely an “undercount,” the auditors said, because it did not include data from some military processing facilities and contained incomplete data for others.

For years, military families have questioned whether the military properly monitors and treats health issues related to military housing, including blood lead levels in their children.

“The DoD needs to be aware of this,” said Kelly Hruska, director of government relations for the National Military Family Association. “We’ve had too many problems in military housing to pass up on that. It is very important to check lead levels in military children.

“We all have to draw that line to readiness,” Hruska added. “The military chief will not be on a mission if he is concerned that his children will be exposed to lead-based paint.”

The most common source of lead exposure for children is in buildings constructed before 1978.

Children’s exposure to lead-based paint is just one of the issues lawmakers have tackled in response to the many problems with army privatized housing, ranging from mold to vermin.

There is no safe blood lead level in children, according to the Centers for Disease Control and Prevention. Lead exposure can cause serious health problems in children, such as brain damage, slowed development and growth, and learning and behavior problems. The DoD has developed guidelines that adopt CDC recommendations for lead screening and testing and the DoD provided these guidelines to military services in September 2021.

Screening and testing are important to catch the problem early and provide treatment. Treatment recommendations vary depending on the amount of lead in the child’s blood.

The GAO has been tasked with reporting on the effectiveness of DoD pediatric lead processes.

They found that the Defense Health Agency did not monitor provider compliance with guidelines. DHA officials accepted the GAO’s recommendation that they develop a plan to oversee military treatment facilities to ensure they follow guidelines for pediatric screening, testing and reporting. The plan will include timelines.

Military service officials told the GAO they previously relied on peer reviews as a method to ensure children were properly screened and tested for high lead levels. But those officials also said monitoring was no longer their responsibility after the military processing facility was taken over by DHA.

The DoD is transitioning MTFs from military service authority to DHA authority, and full alignment of MTFs under the DHA will likely be complete by the end of 2023.

This risk assessment should be carried out on children aged six months, nine months, 12 months, 18 months and 24 months, and then every year until they are six years old. DoD guidelines expect providers to identify children for lead exposure risk and test children for elevated blood lead levels, in accordance with state or local health jurisdiction guidelines. .

If located in states and localities that do not have formal requirements for pediatric lead testing, MTF providers should refer to the recommendations and guidelines of other professional organizations, such as the American Academy of Pediatrics.

In addition to the missing data, the GAO also questioned the methodology used by the DoD to collect the data for the 2021 report to Congress.

“As a result, GAO could not determine how complete the data in the report was or whether the data was accurate, and therefore reliable,” the auditors said. DoD officials told auditors they could not replicate the screening methods because they did not know all of the criteria used to collect the data.

They also told auditors that DoD personnel involved in compiling the data no longer work for the DoD.

Karen has covered military families, quality of life and consumer issues for Military Times for over 30 years, and co-authored a chapter on media coverage of military families in the book “A Battle Plan for Supporting Military Families”. She previously worked for newspapers in Guam, Norfolk, Jacksonville, Florida and Athens, Georgia.