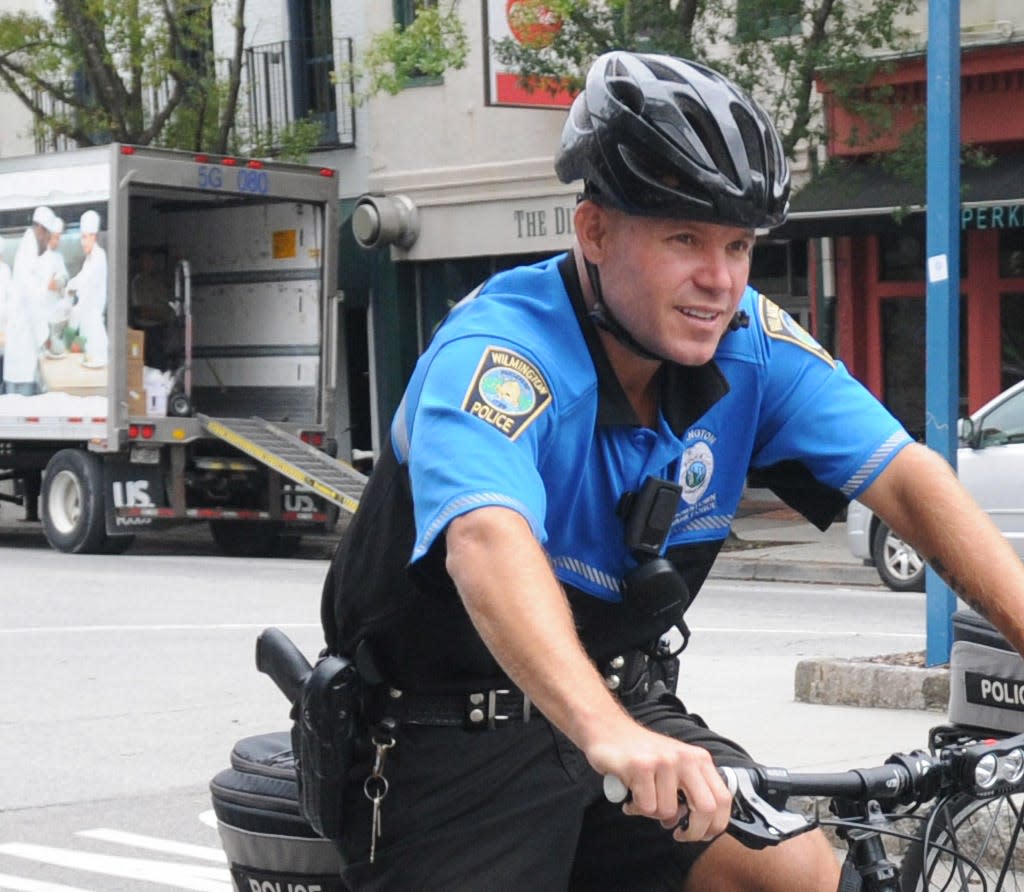 A New Hanover County judge has upheld the 2020 firing of a Wilmington police officer for making racist remarks following protests following the death of George Floyd.

James Brian Gilmore was fired from the Wilmington Police Department in June 2020 along with Officers Michael “Kevin” Piner and Jesse Moore II after tapes surfaced of their racist and violent conversations. The exchanges, which made national news, were accidentally recorded by Piner’s on-board camera and discovered by a supervisor during a routine audit.

Gilmore’s comments were seen by some as less egregious than those of Piner and Moore, who repeatedly used racist language and discussed shooting black people.

After: ‘Wipe them off the map’: Three Wilmington police officers fired for racist comments

In a taped chat with Piner, Gilmore spoke of a video of white people on their knees “adoring black people” and another video in which a “beautiful white girl and this cute little punk boy (are) bowing and kissing their toes.”

Gilmore then said to Piner, “How many times have I told you that?” It’s almost as if they thought they were their own God.”

While talking to Gilmore, Piner called fellow officer Michael Scott, an African American, “bad news” and a “piece of (expletive)”. Piner then alludes to the violence against Scott saying, “Let’s see how his boys take care of him when (expletive) gets rough, let’s see if they don’t put a bullet in his head.”

In transcripts released by the Wilmington Police Department, Gilmore does not dispute Piner’s comments. As part of this week’s ruling, new transcripts of the officers’ conversations have been made public.

In July 2020, Gilmore appealed his dismissal to the Wilmington Civil Service Commission, a government agency that has the authority to reinstate police officers or firefighters fired by the city. The five-member commission upheld Gilmore’s dismissal, and he appealed the decision to New Hanover County Superior Court.

In the opinion, Harrell reviews each of Gilmore’s claims, addressing them with case law and evidence from the review process.

For example, Gilmore claimed that the city of Wilmington and the Public Service Commission violated his rights to free speech and religious freedom.

This week’s ruling rejects that, saying that in determining whether a public employee was properly fired for speaking out, the court must balance the interests of the employee, as a citizen, and the state, as a employer.

The ruling points to Gilmore’s conversation, though held in private, regarding the George Floyd protests and riots and their impact on law enforcement.

“These are therefore matters of public interest”, concludes the judgment.

The decision also indicates that Gilmore’s words had the potential to interfere with his relationships with co-workers, his job performance and could damage the police department’s overall reputation.

The only error the commission made in considering the appeal, the court ruled, was to consider a letter written on July 2, 2020, by New Hanover County District Attorney Ben David stating that Gilmore was considered “altered giglio”, meaning he “could no longer be called as a witness in a criminal prosecution” and therefore “could no longer be employed as a police officer”, according to the judgment.

While relevant, the letter “does not conform to the requirements of due process for this proceeding…” and should not have been considered, according to the notice. The court did not consider the letter in its review of the proceedings.

“The decision did not exceed the legal authority or jurisdiction of the commission, was made under legal process, and was not affected by errors of law sufficient to alter the result,” the decision concludes. “The decision of the Wilmington Public Service Commission is therefore affirmed.”