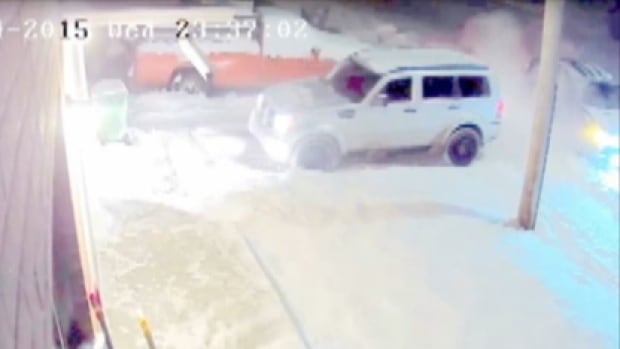 A long legal battle that pitted a Montreal man against an off-duty police officer for a road rage incident in 2015 will be allowed to continue, the province’s top court has ruled.

The City of Montreal had argued that the case could be settled through the province’s no-fault insurance system, run by the Quebec Automobile Insurance Corporation.

Jeffrery Pokora has overcome many legal hurdles and experienced setbacks in his fight to keep the case alive, and with this decision he lives to fight another day in court.

“It really is a rollercoaster of emotions and feelings,” Pokora told CBC in an interview Thursday.

“Sometimes you get depressed and then when you get something like that decision, you’re in really good shape,” he said.

The whole affair started with a bizarre incident on January 14, 2015, when Pokora was driving in the borough of LaSalle in Montreal and saw another car that he thought was driving dangerously.

Pokora followed the car and eventually confronted the driver, who turned out to be Montreal policeman Roberto Tomarelli, who was off duty.

After an argument, Tomarelli ended up ramming his vehicle into Pokora’s. The incident was filmed by a security camera.

The two men called 911, but it was Pokora who ended up being arrested and charged with threats and harassment.

Pokora was eventually acquitted and the judge handling the case condemned Tomarelli, calling him negligent, reckless and not credible. He suggested the officer misled his colleagues about what happened that night.

Pokora has been fighting for justice ever since.

He filed a criminal complaint against Tomarelli, but prosecutors ultimately decided not to press charges.

He tried four times to file complaints against Tomarelli with the Police Ethics Commission, all of which were dismissed.

Raw surveillance video shows off-duty officer Roberto Tomarelli backing into Jeffery Pokora’s car. The police ethics commission tribunal said it had no jurisdiction to make a decision in the case.

His last hope was a $120,000 lawsuit against Tomarelli and the City of Montreal, seeking damages for psychological distress, legal fees and for violating his Charter rights.

The city tried to have the lawsuit overturned, arguing in the Superior Court of Quebec that since the incident involved an automobile, Pokora could only be compensated by the SAAQ, through its no-fault system.

The judge sided with the city and ruled that Pokora could not sue.

It was the SAAQ, and not Pokora, which challenged this decision and which ultimately won the case in the Court of Appeal. This paves the way for Pokora’s trial.

In the August 31 decision, the panel of judges found that the lower court judge erred in suggesting that compensation from the SAAQ was Pokora’s only recourse.

“Contrary to what the trial judge asserted, the compensation paid by the SAAQ to Mr. Pokora does not take the place of all his rights and remedies, but only those he may wish to exercise in connection with injuries. bodily injury suffered as a result of the use of an automobile,” the decision states.

The panel ruled that Pokora’s claim for legal fees and Charter violation are not related to bodily harm and therefore fall outside the jurisdiction of the SAAQ.

“The damages claimed are not intended to repair bodily injury, but rather the consequence of the deprivation of liberty,” the decision states.

The decision allows the appeal, reverses the trial judgment and returns the case to the Superior Court where the prosecution will continue.

The Court of Appeal’s panel of judges also said it would have been better for Pokora himself to file the appeal instead of the SAAQ, but Pokora’s lawsuit could still proceed.

Pokora said he couldn’t afford to file the appeal alone, but he’s happy to benefit from the SAAQ’s actions.

“We didn’t appeal because I just ran out of money. But the SAAQ decided to take over because I guess they realized they were going to be responsible for the bill,” he said. declared.

Pokora said he never gave up his legal fight because it was too important for him.

“I just believe in Canadian justice, however slow the system may be. I really have a lot of faith,” he said.

Pokora also said he was ready to negotiate a settlement with the city, which declined to comment.