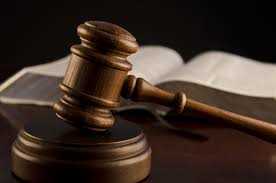 Convicted person unfit to serve as a police officer: JKHC

The High Court of Jammu and Kashmir and Ladakh observed that a person who has been convicted of a criminal charge is not fit to serve as a civil servant or police officer.
Bench of Justice Sanjay Dhar noted thus “…the service of the police department is not like the service of any other department. A person, who has been convicted of a criminal charge is certainly not fit to serve as a civil servant/police officer, not even as an SPO.”
The Court dealt with a plea challenging the order by which the petitioner was removed from the list of special police officers (SPO) in the Ramban district.
Lawyer MP Sharma represented the applicant. It is the case of the Applicant that he was engaged as a Special Police Officer (SPO) after which he continued to discharge his duties honestly, devotedly and faithfully.
It was argued that an FIR was filed against the Applicant, after which the challan was re-presented to him and the Respondents without holding any investigation and without issuing a show cause notice to the Applicant, terminated his service.
It was argued that the petitioner has committed no offense and that the charge against him is absolutely false. The Court noted that an SPO engaged under Section 18 of the Police Act is not entitled to a hearing or investigation, given the nature of his engagement.
Therefore, the Court held that it was not incumbent on the Respondents to hold an investigation or provide an opportunity to hear the Applicant before terminating his services as SPO.
The Court further added that the applicant’s assertion that, because they were co-accused after the judgment of the criminal court had been delivered, were reinstated in their respective departments and that as such he should also be reinstated, cannot be accepted.
“The nature of the service of a police officer cannot be equated with the nature of any other service. Thus, there was no discrimination against the applicant.”, observed the Court.
The Court also observed that “…the motion in writ suffers from delays and shortcomings. The contested order was issued by the respondents in 2013 and the judgment of the criminal court was issued in 2018.
Consequently, the applicant applied to this Court more than four years after the delivery of the judgment of the Criminal Court.”
The Court noted that the applicant’s conduct showed that he had acquiesced in the respondents’ inaction and that it was only after more than four years that the applicant awoke from a deep sleep.
“The remedy provided by Section 226 of the Constitution of India is discretionary in nature and the High Court, in the exercise of its discretionary jurisdiction, does not generally come to the aid of a late litigant, indolent, consenting and lethargic,” observed the court.

Don’t be put off by “buy now, pay later” plans