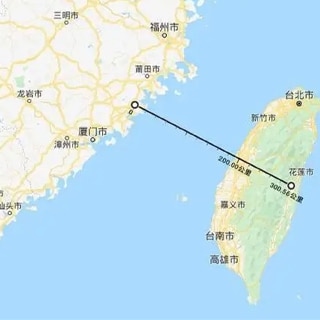 Chinese scholar duo Ding: ‘China has sovereignty, sovereign rights and jurisdiction over the Taiwan Strait’, US regards it as ‘international waters’ to pursue ‘maritime hegemony’

In statements on June 13, 2022, Chinese Foreign Ministry spokesman Wang Wenbin asserted that the Taiwan Strait was not international waters, calling it “inalienable part of Chinese territory”. He explained: “The Taiwan Strait extends in width from about 70 nautical miles at its narrowest and 220 nautical miles at its widest. According to UNCLOS [United Nations Convention on the Law of the Sea] and Chinese laws, the waters of the Taiwan Strait, extending from both banks to the middle of the strait, are divided into several zones including internal waters, territorial sea, contiguous zone and exclusive economic zone. China has sovereignty, sovereign rights and jurisdiction over the Taiwan Strait. At the same time, it respects the legitimate rights of other countries in the waters concerned.”

Adding that “[t]there is no legal basis for ‘international waters’ in the international law of the sea,” he said: “[i]It is a false claim when some countries refer to the Taiwan Strait as “international waters” in order to find a pretext to manipulate Taiwan-related issues and threaten China’s sovereignty and security. China strongly opposes it.”[1]

In a June 24, 2022 article titled “‘International Waters’ Theory Exposes US Rule Hegemony,” Chinese scholar Ding Duo, deputy director and research associate of the Center for Ocean Law and Policy Research at the National Institute for South China Sea Studies, pointed out that the United States considers the Taiwan Strait “international waters” only for the “purpose of its own maritime operations”. The article was published in the Chinese media Huanqiu.com.

Below is the article from Ding Duo:[2]

“Recently, passive moves and negative remarks by the United States on the Taiwan issue have continued to inflame tensions across the Taiwan Strait, threatening China’s sovereignty and security and endangering peace and stability. As US warships pass through the Taiwan Strait once and again, US officials frequently cast the Taiwan Strait as “international waters” to misinterpret and smear China’s position and practices, in order to create excuses for his instigation and support of separatist “Taiwan independence” forces and manipulation of Taiwan-related issues.

“In fact, the legal status of the Taiwan Strait is clear under international law. The Taiwan Strait, between the Chinese mainland and the island of Taiwan, connects the East China Sea and the South China Sea from north to south. and is approximately 220 nautical miles wide at its widest point and 70 nautical miles at its narrowest point.The waters of the Taiwan Strait extend from the shores on both sides, which in turn include the waters internal seas, territorial sea, contiguous zone and exclusive economic zone of China, according to the United Nations Convention on the Law of the Sea (UNCLOS) of 1982 and Chinese national law. Accordingly, China enjoys the sovereignty , sovereign rights and jurisdiction over various waters of the Taiwan Strait.

“China respects the legitimate rights of other countries in relevant waters. However, US warships have frequently passed through the Taiwan Strait with high-profile political hype and stirring up public opinion, linking the passage of warships to the situation across the Taiwan Strait. In fact, it shows the provocative posture of the US military towards the Chinese mainland and sends the wrong signals to the separatist “Taiwan independence” forces. , which harms peace and stability in the Taiwan Strait, deserves a severe rebuke and inevitably be strongly opposed by China.

“The United States has repeatedly asserted that the Taiwan Strait is international waters”, in “Its Own Unilateral Interpretation of…The International Law of the Sea”

“The United States Code of Federal Regulations (CFR) defines “international waters” as “waters outside the territorial sea of ​​the United States, which extends 12 nautical miles measured from the baselines of the United States, and outside the territory of any foreign country, including its territorial waters” in the Terminology Interpretation of the Commerce and Foreign Trade section. The U.S. Commander’s Handbook on the Law of Naval Operations gives an even more detailed explanation of “international waters” in the Legal Division of Oceans and Airspace section, stating that “for operational purposes, the world’s oceans are divided into two parts. The first includes internal waters, territorial seas and archipelagic waters. These national waters are subject to the territorial sovereignty of the coastal nations, with certain navigation rights reserved for the international community. the second part includes the contiguous zones, the waters of the exclusive economic zone and the high seas. These are international waters in which all nations enjoy the freedoms of navigation and overflight on the high seas. In short, the United States tends to consider waters beyond a country’s territorial sovereignty (including the exclusive economic zone in which the coastal state enjoys sovereign rights and jurisdiction) as “waters international organizations” for the purposes of its own “maritime operations”.

“Although UNCLOS states that ‘the high seas are open to all states, whether coastal or landlocked’, the concept of ‘international waters’ has never been used. The practice is that the United States tries to transform their unilateral interpretation and unilateral application of the rules of the law of the sea into the most favorable international institutional norms and maritime actions freedom of navigation and overflight; instead, it is eager to obtain the freedom absolute of operations as a great power with maritime hegemony.

“The United States has long posed as ‘defenders of international law’, but in fact it has been plagued by scandals. It has chosen not to sign treaties out of selfish interest, or to make a series of declarations and reservations to treaties to which it has acceded, or “withdraws” after participating in multiple international treaty negotiations.Statistics have shown that since the 1980s, the United States has withdrawn from 17 international organizations or agreements , including the UN Human Rights Council, WHO, UNESCO, the Paris Climate Agreement, the Joint Comprehensive Plan of Action (JCPOA), the Arms Trade Treaty (ATT ), the Intermediate-Range Nuclear Forces Treaty (INF Treaty), and the Open Skies Treaty.