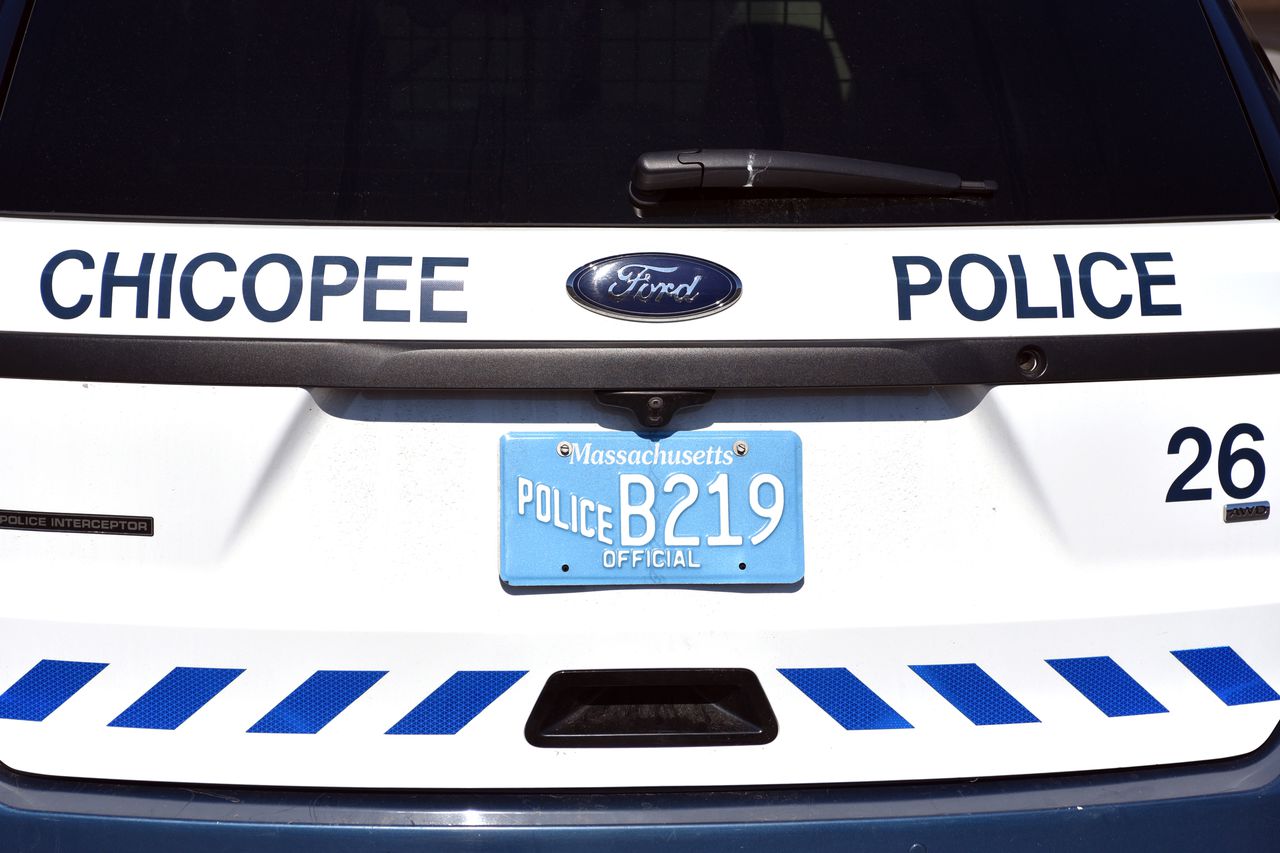 CHICOPEE — A city police officer has been placed on duty after being arrested for drunk driving over Columbus Day weekend.

Robert E. Archambault Jr., 29, of Ludlow, was arrested shortly after 8 p.m. on Oct. 7 in Ludlow after apparently driving erratically. He also faces a charge of negligent operation, according to police and court records.

A witness allegedly saw a white van driving erratically on Fuller Road in Chicopee and called police with a description of the vehicle and its license plate number. Police have issued a ‘Be on the lookout’ alert to all officers in the area.

“There were quite a few cars trying to get out of his way,” the witness told State Police Trooper DeShawn Brown, who made the arrest. She added that she feared the driver was intoxicated or had a medical condition after seeing him drive around a bend and then swerve into oncoming traffic, according to court records.

Brown said in the court report that he was patrolling Russell Street in Ludlow when he spotted the truck.

“There was a fully branded Chicopee police cruiser traveling directly behind the white GMC pickup. The cruiser Chicopee PD did not have its emergency lights activated, so I assumed they were waiting for reinforcements,” Brown said in the police report.

The Chicopee police officer then activated the blue lights, parked beside the truck and then turned off the lights. “My thought process was that the Chicopee officer was signaling me to initiate the white van motor vehicle stop due to my statewide jurisdiction,” he said.

The cruiser Chicopee departed and Brown followed it for a short distance with her headlights on before Archambault pulled into an aisle. At the same time, Brown notified Ludlow Police that he was proceeding with the traffic stop.

When he asked the driver why he didn’t pull over immediately, Archambault replied that he was a Chicopee officer and that he thought the lights were those of a colleague, Brown said in court records. .

Brown said he felt Archambault was unsteady, swaying, and his eyes were bloodshot. “Based on my initial observations at the scene, I developed a reasonable suspicion that Mr. Archambault was impaired by alcoholic beverage,” he said in court filings.

While Brown waited for a supervisor and reinforcement from Ludlow police, Archambault entered his house despite being told to stay in the driveway. Shortly after, Brown and a second soldier knocked on the door and were asked to enter the house.

“Mr. Archambault was cordial at times, but at other times he was very defiant and belligerent,” he said in court records.

The two soldiers finally escorted him out of the house, arrested him and handcuffed him. Archambault refused to take a breath test or field sobriety test. He was later released on personal bail and a $40 administrative fee after being booked into the Springfield State Police Barracks, court records show.

“Out of courtesy, our shift supervisor called the captain of Chicopee to tell them about the arrest,” he said.

Archambault was arraigned Oct. 11 in Palmer District Court. He was released on a recognizance and his case continued until January 20, according to court records.

Archambault hired the law firms of Joseph D. Bernard and attorney Robert S. Murphy III, who represented him at the arraignment. Lawyers did not return calls for comment.

Archambault, who was hired as a part-time officer in 2016 and promoted to full-time in 2017, continues to work for the Chicopee police but is on temporary assignment inside the department, which is authorized by contract. of the patrolmen’s union, said Travis Odiorne. , police information officer.

The entire arrest is being investigated by the department’s internal affairs unit and no action can be taken until the matter goes to court, the chief of the department said. Police Patrick Major.

He said he could not comment further due to the ongoing investigation.