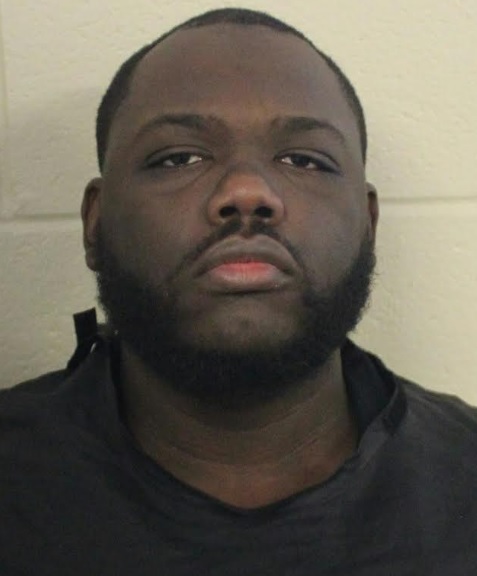 A former Cave Spring police officer, John Chandler, was found not guilty of criminal animal cruelty after shooting a dog while on duty on April 30, 2021.

Reports say Chandler and another officer were sent into an “ongoing fight” with the help of Floyd County police.

When officers arrived, Officer #1 parked the patrol vehicle and got out of the vehicle to investigate the fight. When Ofc. Chandler got out of the patrol car, he was stopped by a big aggressive dog. Reports said the animal was barking and baring its teeth. Chandler said the dog eventually started to back away, leading him to help with the altercation. It was then that the dog became aggressive again and rushed towards Ofc. Chandler.

Chandler’s attorney argued that because his client was not given a taser, baton or pepper spray, he was forced to shoot the dog with his gun.

A week after the incident, Ofc. Chandler was informed that he was under criminal investigation for the incident. After an eight-month investigation, Floyd County District Attorney Leigh Patterson told Chandler she would be taking the charge to the grand jury. In the process, Chandler resigned from the Cave Spring Police Department.

According to Greg James, executive director of the Georgia Law Enforcement Organization, “Ofc. Chandler contacted me for advice on his case, and I reviewed the case in detail. I was unable to determine a legitimate cause of criminal action, or find any policies that were violated during the incident. I did notice, however, that there was heavy political pressure on the district attorney during his re-election campaign, and saw where Chief Webb had been deceptive with his officer and refused to support his actions.

The jury recently ruled that Chandler’s action was in self-defense and was acquitted of the felony charge.

The Georgia Law Enforcement Organization backed a Cave Springs police officer who was found not guilty of animal cruelty after his department failed to do so. Please read the attached memo, then read a conversation with the officer below:

1. WHAT DID YOU FEEL WHEN YOU LEARNED THAT YOU WERE CRIMINAL CHARGED?

When I found out that the case was under criminal investigation, I was confused. Because the chef had already told me that everything was fine. About a week after the incident, Chief Webb called me and said he was letting me know that the Floyd County Police Department had contacted him to conduct a criminal investigation into the shooting. I thought it odd that they would reach out to him to conduct such an investigation, but I didn’t give it too much thought. When the Floyd County investigator contacted me, I went to his office for an interview regarding the use of force incident.

I asked Chief Webb what was going on, and he said he didn’t know why it was handed over to the DA’s office, and he was just as out of the loop as I was about it. . Chief Webb lied for months saying he knew nothing about the case until I received a grand jury notice from the DA’s office. I called Chef Webb the day I was served, and he said that was the first time he had heard of it.

Then when I told him the DA investigator told me he knew. Chief Webb said they called him the day before my service to let him know what was going on. Before receiving any documents, I tried to contact the investigator about the case and the prosecutor, but no one informed me of anything in reference to the case. I was never put on administrative leave and worked until the day I was charged. I was even promoted during this period.

I say all of this to give a reference to how I felt and still feel about the situation. I felt betrayed and cheated because Chief Webb lied and said there was an official complaint, and when I asked to see it he told me he didn’t. The complainant lied during the investigation and posted lies on social media about the case. Nothing was ever done to him about it. It seemed like everyone wanted to hang me for protecting me from a dog. Honestly, I felt my life was less than a dog’s. It’s just crazy for me to think that my life and my well-being mean nothing to my former boss and everyone involved in pursuing the case.

The district attorney is an avid animal lover, and the ADA on the case said the case was a priority due to his boss’ personal preference for animals. So in terms, it seems like politics supersedes the law, and it doesn’t matter if my safety is in jeopardy as long as the powers that be are satisfied.

2. WHAT HAS YOUR LIFE BEEN WHILE YOU WAIT FOR YOUR TRIAL?

While I waited, my life was agonizing. I avoided going to the store or public places if I could help her. I saw a lot of opportunities slip away because my life was on hold. The prosecutor wanted to put me in prison for 5 years and would compromise almost nothing. Every day was a constant mental struggle weighing on the balance of what was to come to my life. I have 3 children who I was afraid would take me away. It was not easy to deal with the financial losses I suffered because of the pay cut I had to take.

3. DO YOU THINK THESE INVESTIGATIONS HAVE BEEN DONE IN ANOTHER JURISDICTION, OR WERE YOU USED AS A POLITICAL TOOL BY DISTRICT ATTORNEY LEIGH PATTERSON?

I have never worked anywhere in 10 years that would have treated me like this, but my former boss was so image conscious that he went out of his way to distance himself from me because the complainant posted this incident on social networks. It’s a well-known fact that the Floyd County DA doesn’t personally like police officers, but will play the role for political gain. It suits her well to pursue an officer, and she will jump at any opportunity she can find to pursue police officers. It doesn’t matter who will openly admit it or not. EVERYONE knows what is in law enforcement in this area.

4. WHAT IS IT TO FINALLY BE JUSTIFIED?

I am grateful to God to finally be rid of this situation. It taught me a lot of lessons and I feel like I got my life back. It has been 5 very difficult months.