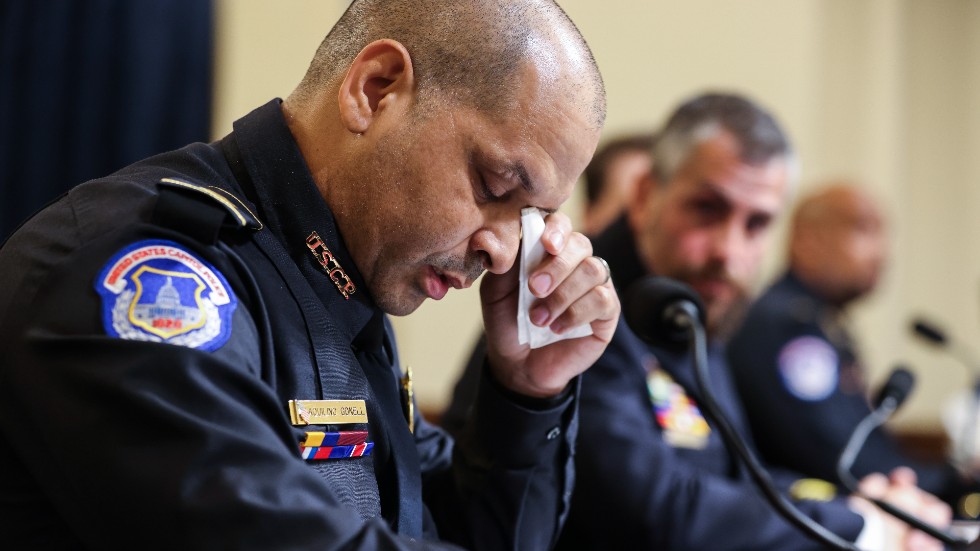 US Capitol Police Officer Aquilino Gonell dismissed the idea that January 6, 2021 – the day a mob of pro-Trump supporters stormed the Capitol to stop Congress from certifying the 2020 election — was a tour, as some lawmakers had suggested.

During an appearance on “Morning Joe” on MSNBC, Gonell was asked what he would say to those skeptical about the scale of the attack.

“Well, those people, they never told me about it. They never had a minute or so, so I could tell them or show them my wounds. I can assure you it was not a tour,” the police sergeant said. “And these people – that whoever assaulted me and my fellow officers should be in jail, not just – [they] weren’t the good guys that day.

Gonell said he was disappointed with lawmakers who said they favored enforcement but instead sided with the rioters.

“It disappointed me that, like I said earlier, instead of – they fill their mouths with ‘We support the blue’ or we’re pro-law and order and the rule of law, and then they have the chance to hold these people accountable,” he said.

“And yet they fight for the January 6 rioters and call them patriots or political prisoners, but to them I think we are considered the bad guys of January 6 because we stopped them from doing what they intended to do.

Rep. Andrew Clyde (R-Ga.) made headlines last year after he likened the Capitol riot to “a normal tourist visit.”

“Watching the television footage of those entering the Capitol and walking through Statuary Hall showed people in an orderly fashion, staying between stanchions and ropes, taking videos and photos,” Clyde said. “You know, if you didn’t know the TV footage was a January 6 video, you’d think it was a normal tourist visit.”

Gonell, on the other hand, said the Capitol on January 6, 2021 was far scarier than what he experienced while deployed to Iraq.