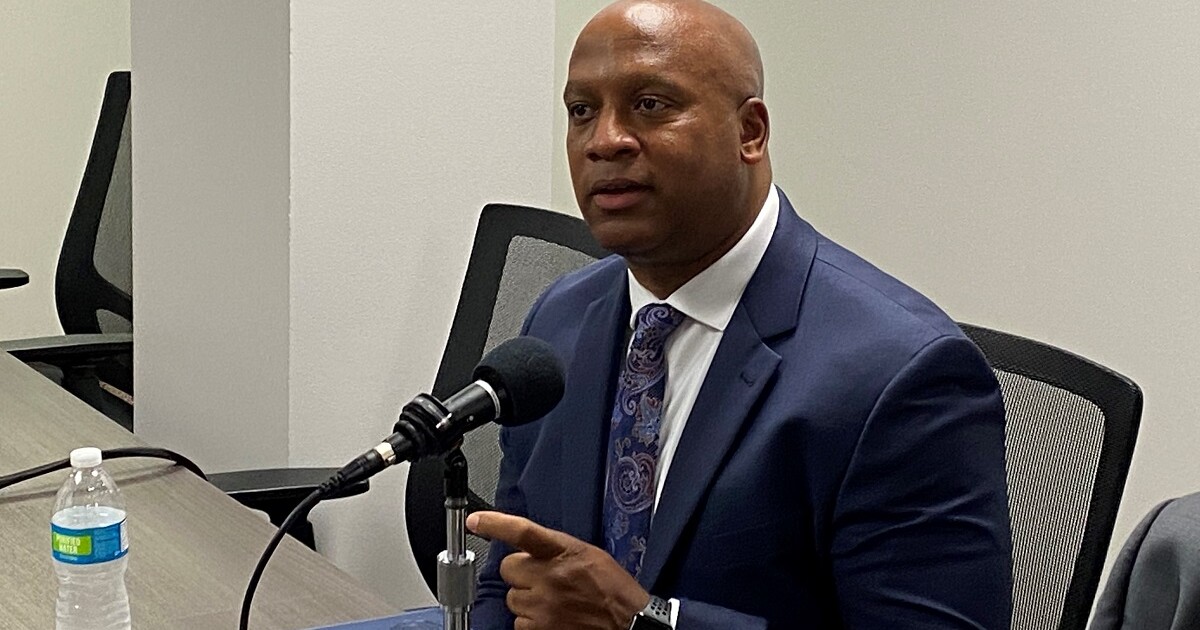 Members of Bloomington’s Public Safety and Community Relations Board voted on Wednesday to recommend city council members approve a contract with security firm Flock Safety for new license plate reading cameras – but it there were reservations about this recommendation.

The PSCRB’s consideration of a proposal that first surfaced publicly on a council consent agenda on January 10 was the last thing city council members asked for before finally voting on the issue; the item was removed from the agenda of this meeting after members voted 6 to 2 to delay approval until the PSCRB had an opportunity to review it.

Since then, BPD’s proposal has been submitted to the city’s Technology Commission, responses to questions on social media and, according to PSCRB member Surena Fish, an informal forum with a West Side neighborhood association.

On Wednesday, Bloomington police again defended the cameras – and public speakers argued against the cameras.

The BPD argued that plate reading camera technology is not new and the cameras themselves are not new to the city, having been in place since 2012. Chief Jamal Simington reiterated that the cameras could save manpower and money by allowing them to locate suspects or stolen vehicles. faster.

Critics including the Central Illinois Chapter of the American Civil Liberties Union and, on Wednesday, representatives from the Afro-Socialist and Indigenous Black Peoples of Color Caucus and McLean’s Conexionas Latinas County, argued that plate-reading technology is invasive, data collected dangerously in the hands of a private company, and the cameras themselves have not been verified in their ability to reduce crime rates.

The disparity between the police department and public speakers prompted PSCRB member William Bennett to suggest that even if the council recommended the adoption of the cameras, the tenor of the public comments should be conveyed to council members.

“I think to the extent that our board listens to the police department and also listens to our community, we should present this,” he said. “I’m hearing a lot of unpreparedness in the community. I don’t know if it will make a difference, but…our city council should have that information as well.”

Member Art Taylor said the council should also add to the recommendation that an element of external monitoring of data collected by Flock cameras should be incorporated into BPD policy. While BPD said it would conduct internal audits to ensure camera data is used appropriately and gauge its effectiveness, Taylor highlighted the external part of his concern.

“I am comfortable with information shared by the leader on reducing crime – or using information to reduce crime and violent crime, especially in relation to murders, homicides, burglaries , child abduction and rape, serious crimes that are happening in our city that we all want to see reduced to an absolute zero,” he said. “I’m just more concerned with making sure that there is some oversight. … That’s a long way of saying I’d be okay with cameras with extra surveillance.”

The Reverend Brigitte Black, another PSCRB member, added another caveat to the council’s recommendation, saying council members and others should view cameras as a tool to solve crime, not to prevent it – although Simington said the hope is that the cameras serve as a deterrent.

“We want our police officers to have everything they need to solve crimes,” Black said. “But it’s not about reducing crime, because then we have to look for solutions in terms of the problem – how we got to the crime in the first place. … We support this as a crime-solving technique and a another tool in their toolbox to solve crimes, but not as crime reduction.”

Fish said she thinks BPD has done “everything possible to use these cameras and get the policies in place in a very non-invasive way.”

“I trust the police. There are cameras everywhere (already),” she said. “So if they’re going to be used to catch or find a missing child and they find them, it’s worth it.”

All PSCRB members were present at Wednesday’s meeting, although member Jeff Woodard left before the vote on the recommendation. None of the members present voted against the recommendation to the Board to accept the BPD’s proposal with the caveats provided by the PSCRB.

Board chair Ashley Farmer suggested that the fact that a contract for the cameras appeared on a consent program without public input or prior discussion from board members contributed to mixed opinions within the community. .

“Since you’re looking at it being a two-year contract…my suggestion would be that when it comes time to renew the contract, or consider extending the contract, those conversations with the public start off well. earlier in public forum events… even at the PSCRB,” she said. much earlier and much more openly.'”

The two-year, $59,000 contract between Flock Safety and BPD will likely be on the agenda for city council on Monday, February 28.

If the members approve the contract, they will follow in the footsteps of at least 79 other state agencies that have adopted the cameras, including Peoria, Decatur and Champaign.