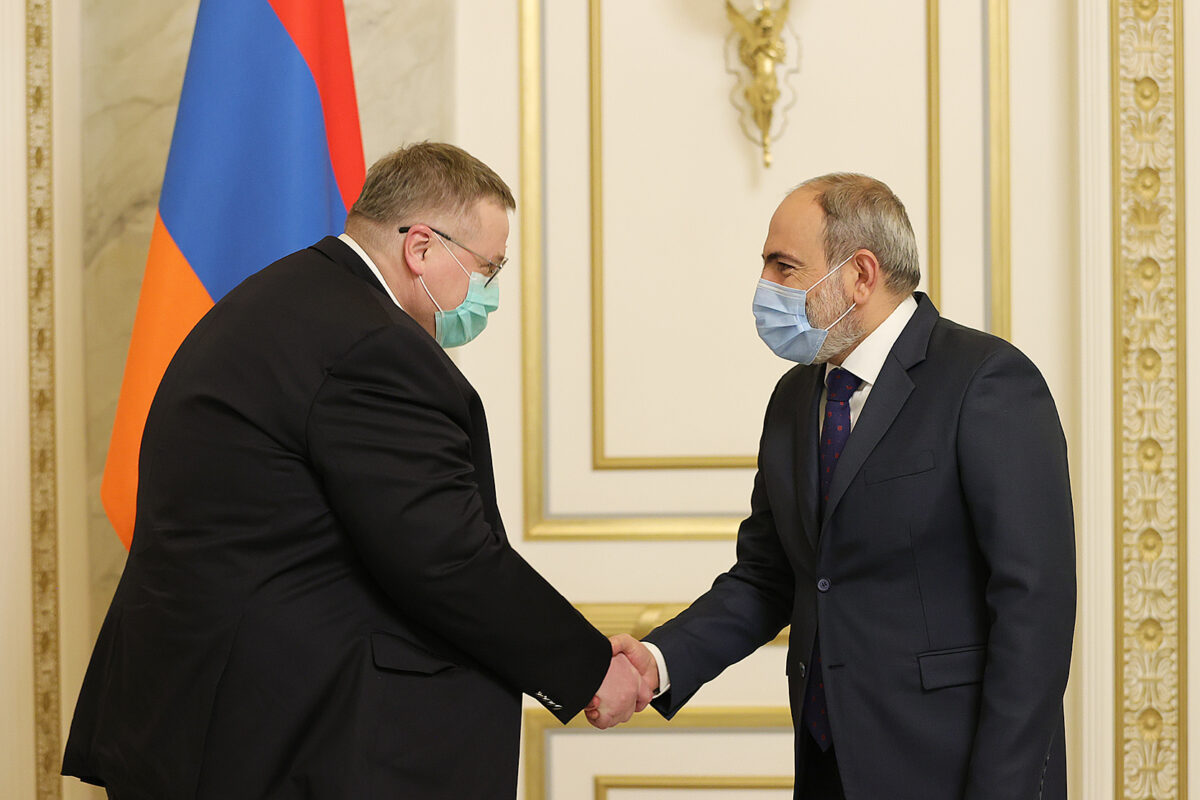 The Prime Minister welcomed Mr Overchuk’s visit to Armenia, noting that it is a good opportunity to discuss the current agenda. â€œI would like to stress that I highly appreciate the work of the trilateral working commission chaired by the Deputy Prime Ministers of the Russian Federation, the Republic of Armenia and the Republic of Azerbaijan. I hope that we can finally reach concrete solutions, â€he said.

The prime minister said that Armenia is committed to the declarations of November 9 and January 11, which refer to the unblocking of all transport and economic ties in the region, but stressed that “the statements made by Azerbaijan concerning the corridors have a negative impact on the efficiency of our work and the atmosphere, especially since in our trilateral declarations there is no remark on the corridors.

â€œMy impression is that Azerbaijan is trying to impose its perceptions on the commission, which, of course, is unacceptable to us. I would like to reiterate that Armenia is interested in opening up and unlocking regional transport and economic infrastructure. I have stated publicly on numerous occasions that we are ready for concrete solutions, the essence of which should be as follows. Armenia should get road and rail communication routes through Azerbaijan, Azerbaijan should receive rail and road communication routes through Armenia, including one connecting Azerbaijan to the Nakhichevan Autonomous Republic â€ , said Prime Minister Pashinyan.

â€œOur documents relate to the unblocking of economic and transport infrastructure, our position is as follows. What do we offer? The railways that existed in Soviet times must be restored; the highways that existed in Soviet times, including those connecting the Autonomous Republic of Nakhichevan to Azerbaijan, must also be restored, â€he added.

â€œWe are ready for such solutions. We have concrete proposals, it should be emphasized that according to the declaration of January 11, which we have spoken about many times, we should also negotiate on customs control, phytosanitary control, border control and other possible types of control. This is stated in our statements of November 9, 2020 and January 11, 2021. I would like to confirm once again that Armenia is interested, ready, and we hope that in the near future we can find solutions. concrete to these problems. We are constructive, â€Prime Minister Pashinyan said.

Alexei Overchuk thanked the Prime Minister for the meeting and for highly appreciating the activities of the working group co-chaired by the Deputy Prime Ministers of Armenia, Azerbaijan and the Russian Federation.

“We are really working within the framework of the mandate that you have entrusted to us, with the leaders of other countries, within the framework of the declarations of November 9-10, 2020 and January 11, 2021. I would like to note that we maintain permanent contact with our partners and deputy prime ministers. We held 8 meetings, 4 of which in person, the other four remotely, â€said the Russian Deputy Prime Minister.

â€œAt the same time, we are talking on the phone almost every day, discussing various options to find more optimal solutions that are more acceptable to all parties. You know road construction experts have looked at the roads. Today we have a very good understanding of what these roads really look like. Based on these data, after the 8th session of the Joint Working Group held on October 22, we believe that we will come up with concrete solutions. They are mainly based on the fact that the roads remain under the jurisdiction of the countries they pass through, â€he said.

â€œYou also mentioned and it is written in the declarations that all kinds of checks must be carried out. We agreed that such control should be exercised on the basis of the principle of parity, and we also discussed this, including how and where to start to unlock the automotive infrastructure. We want to discuss this with you today and think about how to move forward, â€said Alexei Overchuk.