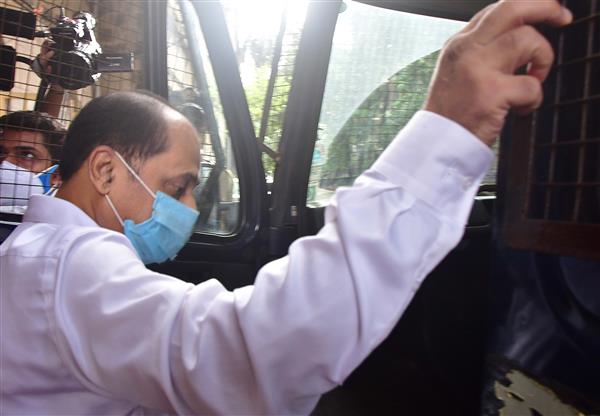 Former Mumbai Police Officer Sachin Waze approached the Delhi High Court on Monday to seek the quashing of the sanction granted to prosecute him under the provisions of the Unlawful Activities Prevention Act (UAPA ) in connection with industrialist Mukesh Ambani’s bomb threat case in Antilia.

The plea was presented before a bench of Judges Siddharth Mridul and Anup Jairam Bhambhani who asked Waze’s lawyer to show him copies of the relevant judgments on which he relied and scheduled the case for a rehearing on January 24.

The Center raised preliminary objections to the maintainability of the petition on the grounds that it should have been filed in the Bombay High Court as everything relating to the case happened in Mumbai.

Lawyer Puneet Bali, representing Waze, argued that the Delhi High Court has territorial jurisdiction over the matter as the penalty order was passed by the Union Home Ministry (MHA), which is located in the nation’s capital.

The plea, filed through attorney Chaitanya Sharma, sought to strike down section 15(1) of the UAPA, relating to the terrorist act, claiming that it is ultra vires section 14 ( equality before the law) and 21 (protection of life and person). liberty) of the constitution.

He also sought to rescind and rescind the Center’s September 2, 2021 Sanctions Order and to award consequential relief.

The MHA sanctioned Waze last September in the case of an SUV containing explosives found near the home of industrialist Mukesh Ambani in Mumbai and the murder of businessman Hiren Mansukh.

According to a statement from the NIA, the indictment was filed under various provisions of the IPC, including murder, criminal conspiracy, kidnapping and negligent conduct with respect to explosive substances and under the provisions of the UAPA, the Explosive Substances Act and the Weapons Act. .

The SUV was found near Antilia on February 25, 2021. Mansukh, who claimed the vehicle was stolen from him, was found dead in a creek in Thane on March 5 last year.

Retirements lead to a major reshuffle in the PH army